10 Southern Things That Northerners Do Not Understand

10 Southern Things That Northerners Do Not Understand

A guide for Northern girls going south for college. 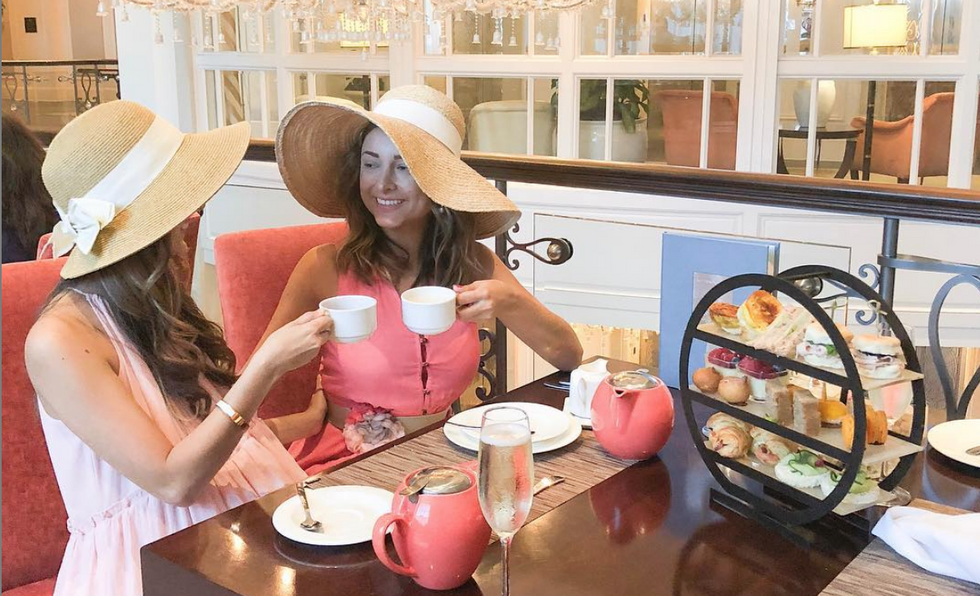 As someone from the New York area, I had a lot to learn about Southern culture when I moved to Nashville to attend college. It amazed me how certain things could be so much a part of my friends' lives, while I did not know anything about them. Here are ten things that Northerners just do not understand.

These practical sandals seem to be popular because they are comfortable and somewhat of a fad. They are the go-to shoe for camp counselors, and to me seem like the Southern equivalent of Tevas. When I moved to the South, I was shocked to learn that there was such a popular brand among college students that I had never even heard of.

This is very stereotypical but also very true. In every dining hall or fast food restaurant, you will find sweet tea next to the water and soda fountain machines. People from the South must feel very deprived when they travel up North, because I have never seen a sweet tea dispenser up there (although we do have a lot of iced tea).

This may be more relevant to the New York area than the rest of the Northern United States, but we do not listen to country music. We do not have country music radio stations, and it is just not a part of our culture. To me, country music is just another type of pop music to people in the South. They know the current singers and songs just from not living under a rock. I may be wrong, but down here it seems like not knowing any songs by Luke Bryan is like never having heard a Katy Perry song.

My mom raised me to believe that almost everyone looked prettier when they straightened their hair, but Southern girls would beg to differ. Like flat irons in Connecticut, every girl in Tennessee owns a curling iron, and it is the go-to tool for a formal night out. Just look at the beauty pageants...

Northerners can tell you the basics of a beauty pageant, but only from watching the Miss America finals or "Toddlers and Tiaras" on TV. In the South, it is not unusual for a girl to grow up competing or knowing others who compete in beauty pageants. I could figure this out just from the profile pictures in the Vanderbilt class of 2017 page when I was admitted.

People definitely care about college football in the North, but it does not compare to the fanbase in the South. Almost everyone has a college football team that they are passionate about, and they take precedence over MLB, NFL, and NBA teams.

Since I am very petite, I had a hard time adjusting to this one. Say goodbye to women's fitted T-shirts, because Southern sorority girls love to wear oversized men's-styled shirts, which go great with Norts (Nike shorts) or leggings. Comfort Colors is a popular brand, which causes you to see the same T-shirt colors over and over again.

That chain known in the North for its homophobic CEO is known in the South for its amazing chicken nuggets, chicken sandwiches, and sauces. Chick-fil-A seems to be everybody's favorite fast food place. There is truly nothing else like it.

Southern sorority girls love their monograms. In the North, a girl might have a monogrammed beach bag or piece of luggage, but in the South you can find monogrammed jackets, boots, phone cases, necklaces, notebooks, and more. It is common to show off your own initials and your sorority's initials with your various monogrammed items. I have even heard a girl admit that she will make sure her future child has an attractive monogram before choosing her name.

It is true. Every Southern girl has at least one pair of cowboy boots. It is a staple in their wardrobes, as common as owning a pair of heels or sneakers. Northerners do not see how a pair of clunky boots could look good with a cute dress, but only a few weeks in the South can change their minds.