There's a playlist for everything. 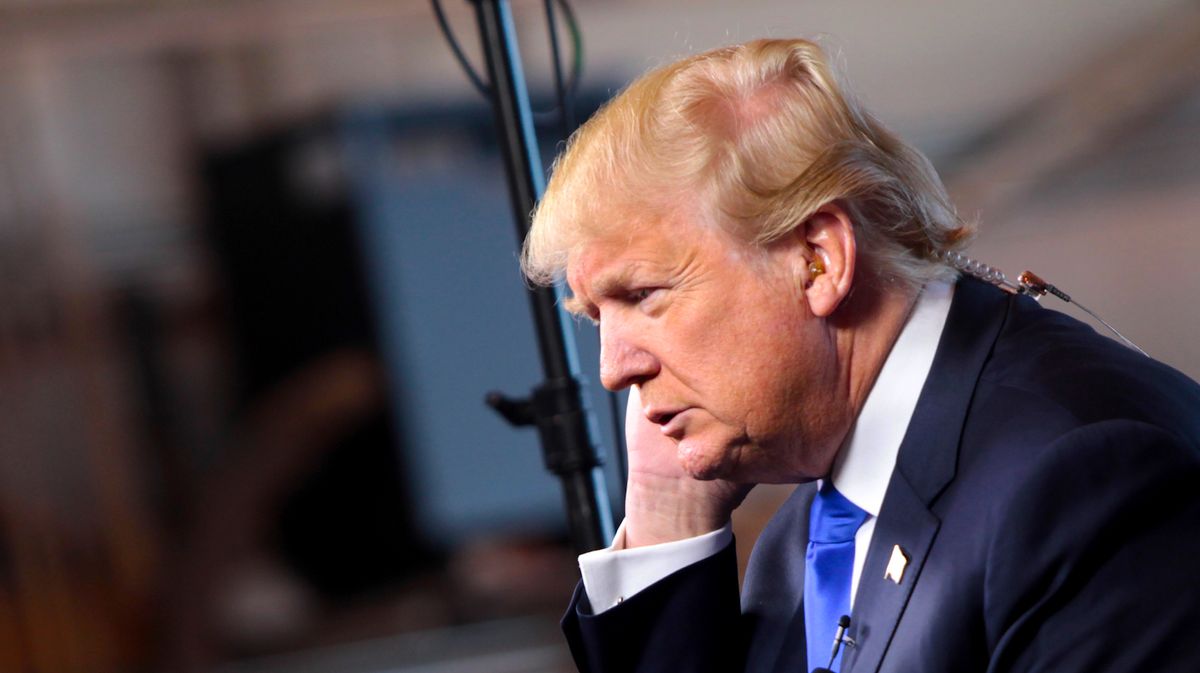 1. Breaking the Law by Judas Priest

A true rock classic. This will hopefully be your soundtrack when you reminisce about all of that lawbreaking and treason.

Uh oh! Someone found out about what you did. Looks like it’s time to play innocent even though people can clearly see something was up. You start pointing fingers at people and saying, “you’re fired.” Odd.

3. I Fought the Law by Bobby Fueller Four

Time to lawyer up! You need the best defense attorney a small loan of $1 million money can buy. I’m sure you’ll get the best - I mean no one can be better than yours - everyone knows it. The voice in your head is screaming something about “her emails,” but you don’t know who “her” is.

Well, your defense attorney failed you and now you’re in jail. But you might as well make the best of it! I’d bet you’d be able to find some cool criminals to do a little rendition of this Elvis classic. Wait, why is your entire family here?

5. You’ve Got Time by Regina Spektor

The theme song of "Orange is the New Black" only seemed fitting. You’ve got a lot of time to pass and hopefully you’ll forget about everything with this song constantly stuck in your head. I’ve also heard that orange makes for a great bronzer and hair color, so that’s something you’ll have to look into once you’re out.

The opportunity to blow that popsicle stand has presented itself and you take it without a moment of hesitation. You warned people when you started singing this song but no one took you seriously, but now you’re free! Geeze, if only people would have listened to the warnings about you before November 8, 2016, I bet we wouldn’t be in this mess.

Now that you’re free you’re probably feeling pretty sly. You even learned how to do that lean Michael Jackson does while you were in prison, so you’re totally well on your way to success.

8. Every Breath You Take by The Police

A few hours later you begin to feel a little paranoid. Someone definitely has to know where you are, and the prison definitely wants you back. Was that a hushed comment about the size of your hands I heard in the distance?

Helicopters have started to circle overhead. You can hear dogs barking in the distance. You have no choice but to keep running. This is a life or death situation. I bet the Chinese government had some influence in this.

You’ve been out for a few weeks now. No one can find you. There’s been no trace or inkling of your presence anywhere. Little do they know, you’ve found a nice sinkhole outside of some golf resort in Palm Beach, Florida. No one will find you there! Freedom has never felt so good! Now, it’s time to find your best friend Vladdy P… I’m sure he could help.