10 Reasons To Be Thankful For Our Veterans
Odyssey
CurrentlySwoonLifestyleHealth & WellnessStudent LifeContent InspirationEntertainmentPolitics and ActivismSportsAdulting
About usAdvertiseTermsPrivacyDMCAContact us
® 2023 ODYSSEY
Welcome back
Sign in to comment to your favorite stories, participate in your community and interact with your friends
or
LOG IN WITH FACEBOOK
No account? Create one
Start writing a post
Politics

We have every reason to thank them! 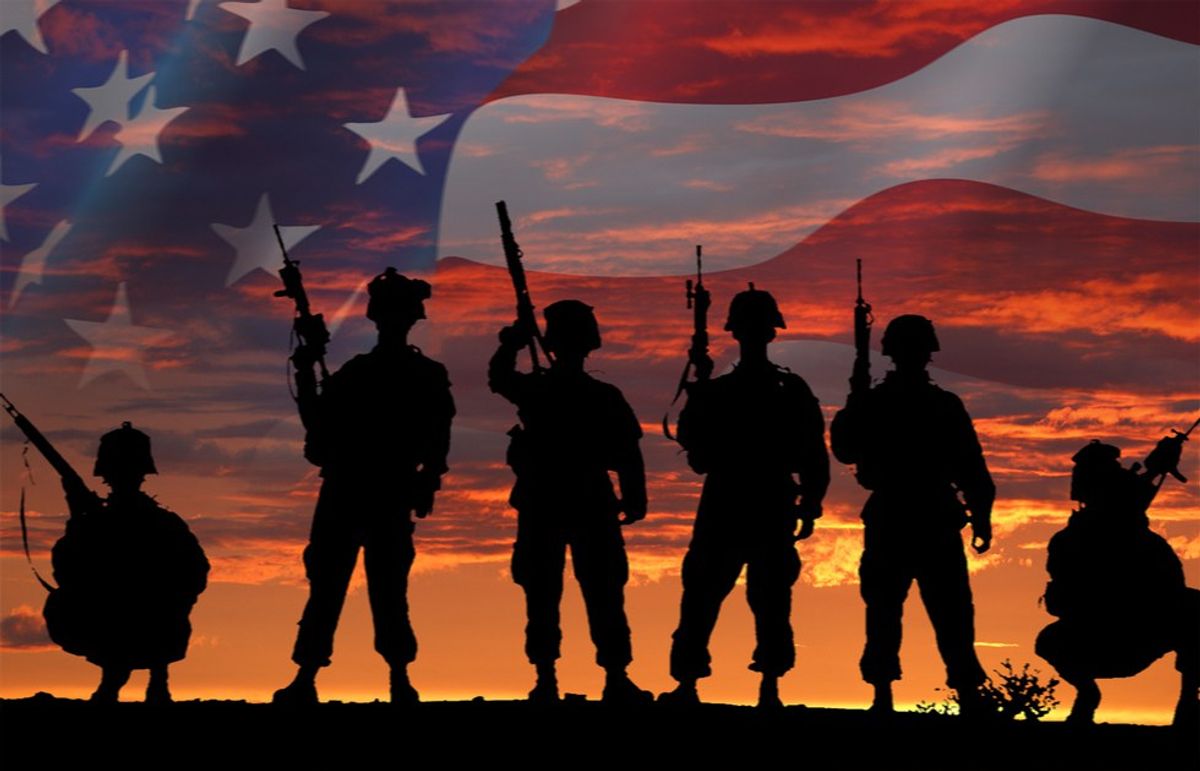 1.They willingly chose to serve.

These men and women felt a calling that few choose to accept. A calling to serve their country in the most direct way possible. A calling to dedicate their life to something bigger than themselves.

2.They leave home behind.

Veterans are fathers, mothers, sisters, brothers, children, wives, and husbands. They had homes, other jobs, hobbies, and other duties in life when they chose to serve. They put these other aspects in life on hold in order to serve our country.

3.Their families make sacrifices, too.

Veterans chose to leave family members behind in order to keep them safe, no matter how young or old. Families have to live without one or both parents, brothers, and sisters, and children. The families of these veterans understand the true meaning of sacrifice.

4.They are the old and the young.

Veterans are not “just some old entitled guys.” We do have our older veterans, some of whom that are still living served back in WWII. But we also have our younger veterans who have served in different countries all over the world, the most common places being in Iraq and Afghanistan. Veterans of all ages have greatly contributed to this country and its future.

5.They go through rigorous training.

Being in the military requires a change in lifestyle. The training to develop the skills and mindset it takes to be in the military is beyond what many of us would be able to handle. Veterans pushed themselves physically, mentally, emotionally, and spiritually to be able to serve.

6.We will never understand what they went through in combat.

We didn’t go where they go, we didn’t walk the path they walked. Veterans had to deal with people and situations in combat that many of us could not live through. Many that make it back home struggle with these memories for years.

7.They serve no matter the cost.

Leaving home and family, having no control over where they’re sent, living in unideal conditions. Veterans chose to endure it all in efforts to contribute to this country’s freedom.

8.Their bodies may become broken, but never their spirit.

Many veterans come home with permanent scars. Some scars are minor and will fade with time, other “scars” include losing a limb or more. Some veterans became scarred mentally and emotionally. But no matter what scars may occur, veterans are proud to have served their country the way they did; and many would do it again if necessary.

9.Some of them never made it home.

There are veterans that left home knowing they were making a sacrifice when they chose to serve, and these individuals ended up making the ultimate sacrifice in their line of duty. They gave their life to defend this land that we live in, and their families will always remember that.

10.They represent this country, and we should honor them.

Our men and women that put on their uniforms each day to serve are the ultimate representation of the American spirit. They had a love for their country so great that they were willing to lay their life down in order to ensure that their family and friends could continue to comfortably live the lives we do. They make the absolute greatest sacrifice as an American, and they deserve our utmost respect for doing so.

Nicole Marie Nigro
Individual Creator
6020
c1.staticflickr.com
Where to start...... Let me start with the cliche that life throws us curveballs and what we do with it is what counts.