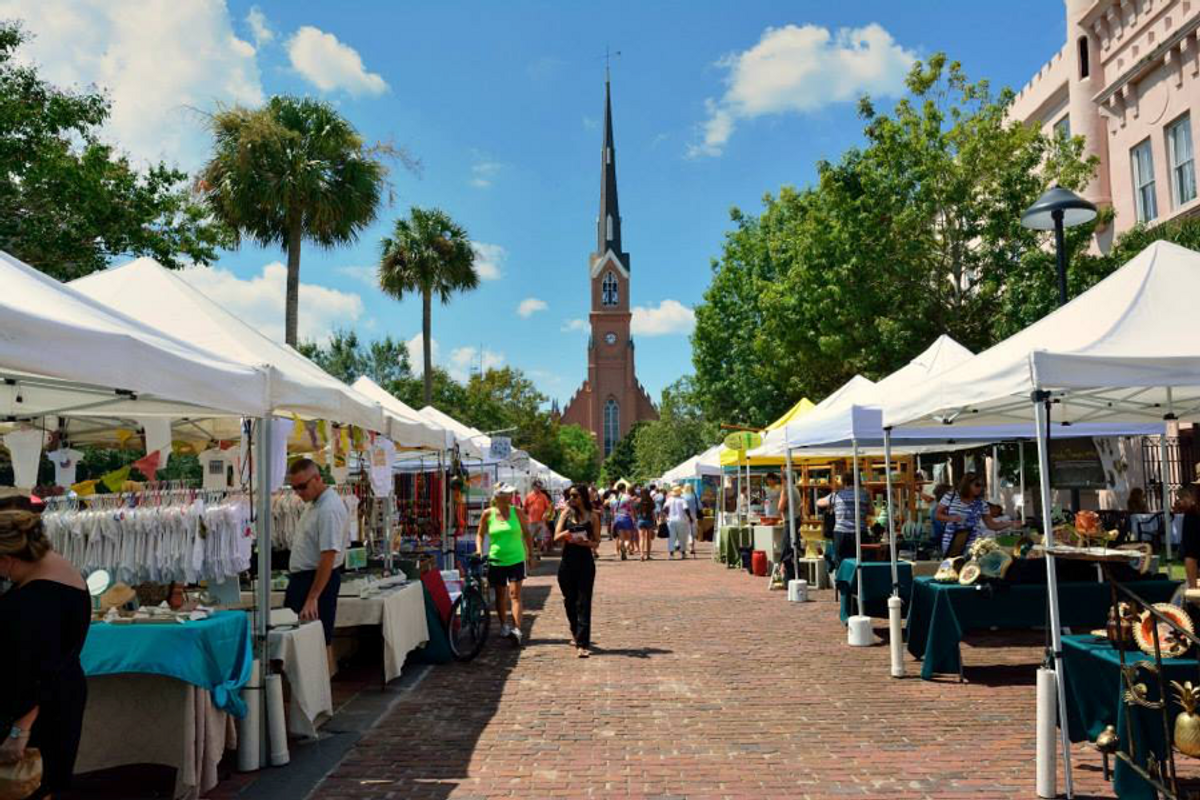 No matter who you ask, it's safe to say that anyone who has been to Charleston, South Carolina can vouch for its character, southern charm, endless sources of entertainment, culture, and quirks.

Charleston's most exciting shopping and dining district is King Street, the most unique Main Street in the world. In addition to being the home of countless shops, restaurants, beautiful buildings, the city of Charleston also recognizes southern culture, through an event called Second Sunday. On the second Sunday of each month from 1:00 to 5:00 PM, King Street is closed to vehicle traffic to celebrate southern Sunday afternoons by welcoming everyone to stroll, shop, dine and enjoy Charleston at its finest.

The Battery is a landmark defensive seawall; named for a civil-war coastal defense artillery battery at the site, it stretches along the lower shores of the Charleston peninsula, bordered by the Ashley and Cooper Rivers, which meet here to form Charleston harbor. If you've ever been to Charleston, you know how beautifully its natural waters are accented by culture and architecture! (And this part of town is BEAUTIFUL this time of year.)

Not only is Boone Hall Plantation STUNNING (it's America's most photographed plantation), but it also contains lots of history and quirks that make it a must-see stop on any visit to Charleston. (NBC Daytime television even says it's "a must see stop on any trip to Charleston, S.C.") One of America's oldest working, living plantations, growing and producing crops for over three centuries, Boone Hall is an agricultural staple of the south. FUN FACT: It is also the home of Noah from The Notebook. *swoon*

4. Party In The Park

Every Tuesday in June following the Mount Pleasant Farmers Market, radio station 103.5 WEZL & Colonial Life host a concert series at Mt. Pleasant Memorial Waterfront Park for "Party in the Park." Featuring awesome music, food, and beer, this FREE, month-long event is definitely something you don't want to miss! (In addition to the weekly June concerts, Party in the Park "Barn Jam" is also Sunday, May 17th, which features local bands and country performers.)

Showcasing emerging designer and model talent across the East Coast, Baker Motor Company Charleston Fashion Week has fast become one of the premier fashion weeks in North America since its founding in 2007. Unfortunately this year's Fashion Week has passed (it was March 17-21st), but this annual event is a five-night, world class fashion event that is sure to entertain and inspire. Fashion Week also partners with charities including the Center for Women, Lowcountry AIDS Services, and MUSC Childrens Hospital.

Waterfront Park is a twelve-acre park along approximately one-half mile of the Cooper River. The location of the park, between Vendue Range to the north and Adger's Wharf to the south, had historically been a center of maritime traffic with several wharfs and shipping terminals. In the middle of the grassy lawn is the Pineapple Fountain, which symbolizes the hospitality of this charming, southern town.

Charleston is home to some of the best dining in South Carolina. Whether you're looking for premier seafood with a beautiful view, American cuisine, or Mexican cantina, you won't be disappointed with the wide selection of restaurants in this city. In fact, there as an entire week each year devoted to showcasing local restaurants; Charleston Restaurant Week is one of the most anticipated culinary events in the Charleston area.

While we're on the subject of food, Charleston boasts some incredible agriculture and fresh food that will wow you for sure. From April 4th to November 28th, each Saturday in historic Marion Square, check out some of the city's farmers and growers as well as food vendors for a taste of some of the freshest produce, homemade jams, handmade pasta, and unique jewelry. There's something for everyone at the Saturday Farmers Market!

Featured at Charleston's City Market, this true Charleston treasure is one that will impress you with its culture and artistic value. One of the oldest handcrafts of African origin in the United States, the Sweetgrass Basket is the hand-woven winnowing sieve, a shallow basket that was used during the Colonial Era to separate the rice seed from its chaff. This beautiful craft is one of the nation's most prized cultural souvenirs.

Rainbow Row is the name for a series of thirteen colorful historic houses in Charleston. It represents the longest cluster of Georgian row houses in the United States. The houses are located north of Tradd Street and south of Elliot Street on East Bay Street. These charming homes were titled Rainbow Row because of the pastel colors they were restored with in the 1930s and '40s. These homes are one of the most photographed attractions of Charleston.

Glorie Martinez
5372
Why I Write On Odyssey