10 People That Cause Road Rage

10 People That Cause Road Rage

We detest the person who gave them their license. 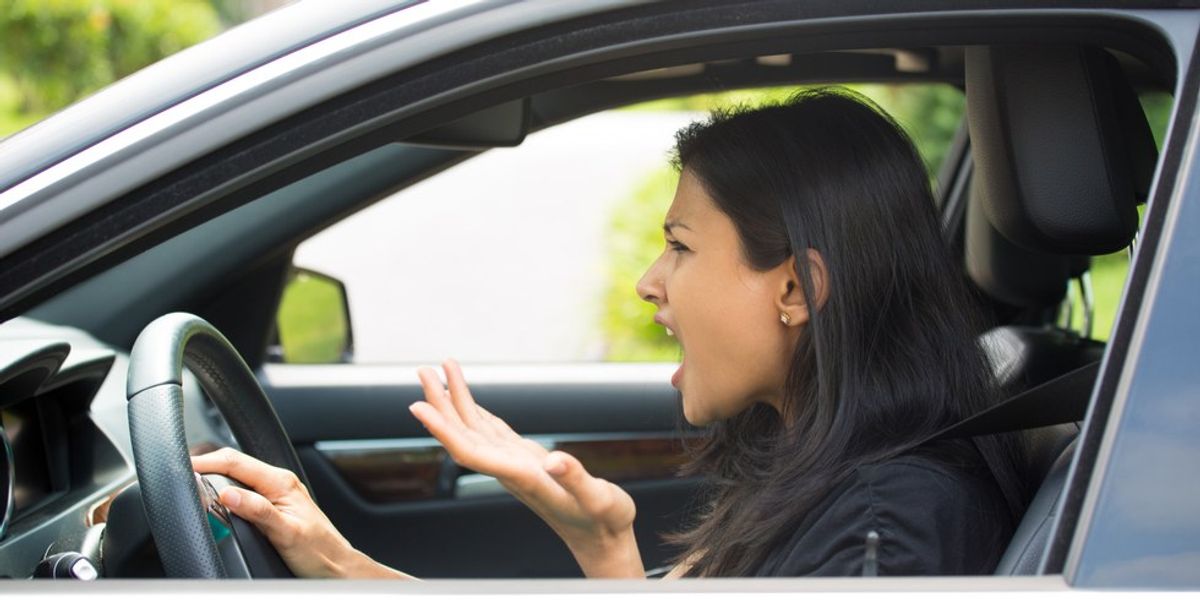 1. People who don't use their blinker.

These people amaze me. They can't flick their left hand up or down to indicate that they're about to turn or switch lanes but they can flip me off when I'm confused as to what they're trying to do. Makes sense... Not.

Ungrateful. Only word to describe these individuals. I slowed down so they could get over. I didn't have to do that but I decided to out of the goodness of my heart. Then they go and decide not to wave. These are sucky people that don't appreciate what has been given to them so I just go on ahead and wave for them so maybe they'll learn their lesson and pick up on common courtesy.

3. People who go the speed limit in the passing lane.

I am trying to go somewhere, I don't have time for the people that go the speed limit. They really need to get over if they're too afraid to put their foot on the gas pedal because the ten cars that are impatiently driving behind them sure as hell aren't. If you can't handle a little speed, stay out of the fast lane.

4. People who won't let you pass them.

This is the same idiot that was just going the speed limit in the passing lane. So I get over, since clearly they have no intention of doing so, and I make a move to pass them and what do they do? They discover how to accelerate!

5. People who stop at yellow lights.

Honestly, there is a special place in hell for these people. Yellow isn't red, it means watch out red is coming, not stop. So I'm really confused as to why they feel the need to stop. Do they enjoy waiting at lights? Because I can assure you I do not enjoy waiting at lights and would like to continue on with my day.

6. People who throw trash out of windows.

They want to kill me. Clearly that is their intent if they're throwing their trash out the window as I am right behind them. First, that's not good for the earth. Second, do they not see the cars right behind them!?

7. People who don't know how to work four way stops.

I have almost been hit so many times because people have no clue how to wait their turn. I pull up to the stop sign, let the other three cars go because I'm not the idiot, I know the rules, and then some car accelerates as I am and almost hits me in the side. Every time I scream I will sue. Every. Damn. Time. Do they not know how to wait their turn? Is this a concept so foreign and was not taught in kindergarten?

8. Anyone driving in a roundabout.

Roundabouts are the creation of insurance because no one seems to know how to work them or even why they even exist. All they're good for is cars getting into wrecks. Any car driving in a roundabout when I am enrages me because the whole situation stresses me out.

9. People that honk the second the light turns green.

I'm an impatient person, I get it, we've all got somewhere to be instead of waiting at a red light. However, the people that start honking their horns the very second the light turns green put a whole new definition to the word 'impatient.' The light literally just turned green. How would it even be possible for me to be moving? Should I have some sort of intuition as to when the light is going to change? No.

10. People on motorcycles that decide to lane split.

These people do not value their lives nor do they have any concept of size. A car is a lot bigger than a motorcycle. People in cars also have seat belts and aren't balancing. Why they feel the need to sneak up and pass a car is unknown to me. The first time this happened to me I almost had a heart attack because I was trying to get over and had no idea a moron was right there. Now I just get pissed.