10 Pakistani Underground Artists You Should Check Out
Odyssey

10 Pakistani Underground Artists You Should Check Out

Ever wanted to explore the hidden gems of Pakistani music? Start out with these 10 artists. 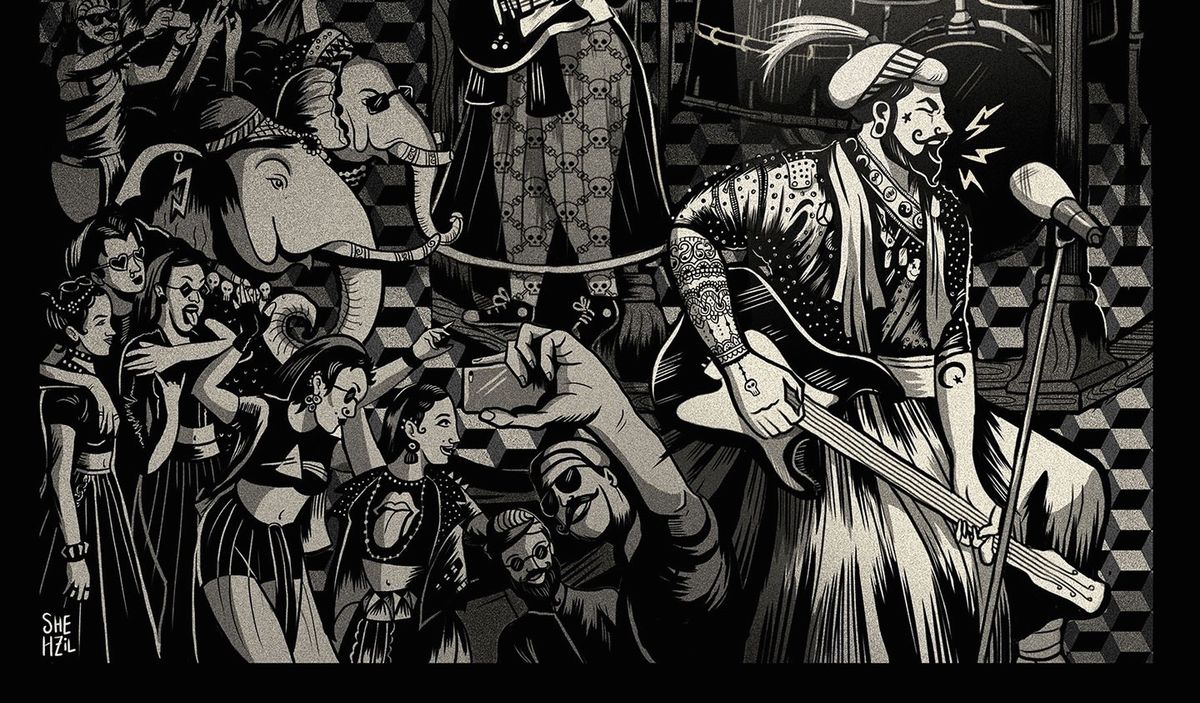 I'm sure that we can all agree upon Pakistan's renowned music industry and culture and its incredible talent. Home to famous qawwali/folk singers like Nusrat Fateh Ali Khan, Abida Parveen, and the Sabri Brothers as well as pop/rock musicians like Junoon, Atif Aslam, Vital Signs, and Hadiqa Kiani, we also have fantastic television shows dedicated to music like Coke Studio and Nescafe Basement. However, talent is not necessarily followed by extreme prominence; this is a universal fact that Pakistan is no stranger to. Sometimes, it is not in the artist’s luck to gain recognition from a wider community and other times, they do not want to give up their creativity in order to go commercial and cater to a bigger audience. Either way, the underground music scene in Pakistan is massive and deserves attention for its individualism, fresh sound, and artistry.

This weekend, I attended Lahore Music Meet 2018, a music festival dedicated not only to showcasing bigger names but also underground musicians as well. I was able to listen to a decent variety of Pakistani pop, indie, rap, and rock that one does not normally hear on the radio or television. Here, I present to you several bands/artists from the underground scene, including but not limited to talents from LMM 2018.

A progressive rock band hailing from Lahore, Keeray Makoray have been around since 2010, and their sound draws influences from metal bands like Iron Maiden and Metallica.

Definitely one of my favorite acts from LMM, Lyari Underground, as their name suggests, are a rap group from the neighborhood of Lyari, Karachi. Their music and lyrics speak to the challenges that come with living in one of Karachi's poorest areas.

This artist helped create a genre that can one could call "Punjabi Blues." Based in Islamabad, Ismail has been creating music for the past five years and is known for his unique way of blending Western sounds with Eastern lyrics.

Another Pakistani progressive rock band, The D/A Method hails from Karachi. Their sound can be described as a mixture of classic rock, grunge, and several Pakistani touches, and they also happen to be one of my most-played artists.

Sami Amiri is a Balochi rapper who, similar to LUG, represents Pakistani minorities through his music. His most popular song, Sher-e-Balochistan, was produced with the help of Pakistani EDM duo, SomeWhatSuper, and propelled him to bigger fame.

Alien Panda Jury is an electronic music project by Daniel Arthur Panjwaneey AKA Danny P. In the past, he has also been part of a Karachi metal band called Messiah and a shoegaze band called //orangenoise, as well as assisting Coke Studio as an audio engineer and instruments manager.

Teeen is an indie/blues band from Karachi whose lead singer is the talented Sara Haider of Coke Studio fame. They mix the traditional indie folk sound with South Asian instruments like the sitar and are the perfect thing to listen to on a rainy day.

Definitely my favorite artist in this list, The Crest is a Pakistani alternative rock band that used to be active in the Lahore underground scene as "The Band X-Cell." They're influenced by both international bands like The Red Hot Chili Peppers and AC/DC as well as Pakistani rock bands like Noori and Mauj.

Guru Lahori is a Punjabi rapper based in Calgary, Canada, whose hometown (as his name suggests) is Lahore, Pakistan. In the past, he's worked with artists such as Rap Demon and EDM producer Farasat Anees.

Irzaan Band is a Pakistani rock band based in Lahore, Pakistan. They sing in both Punjabi and Urdu, and their songs cover a broad variety of rock styles.

And that wraps it up, everyone. You can check out more of their songs on Youtube, Vimeo, Soundcloud, and Patari. Happy listening!