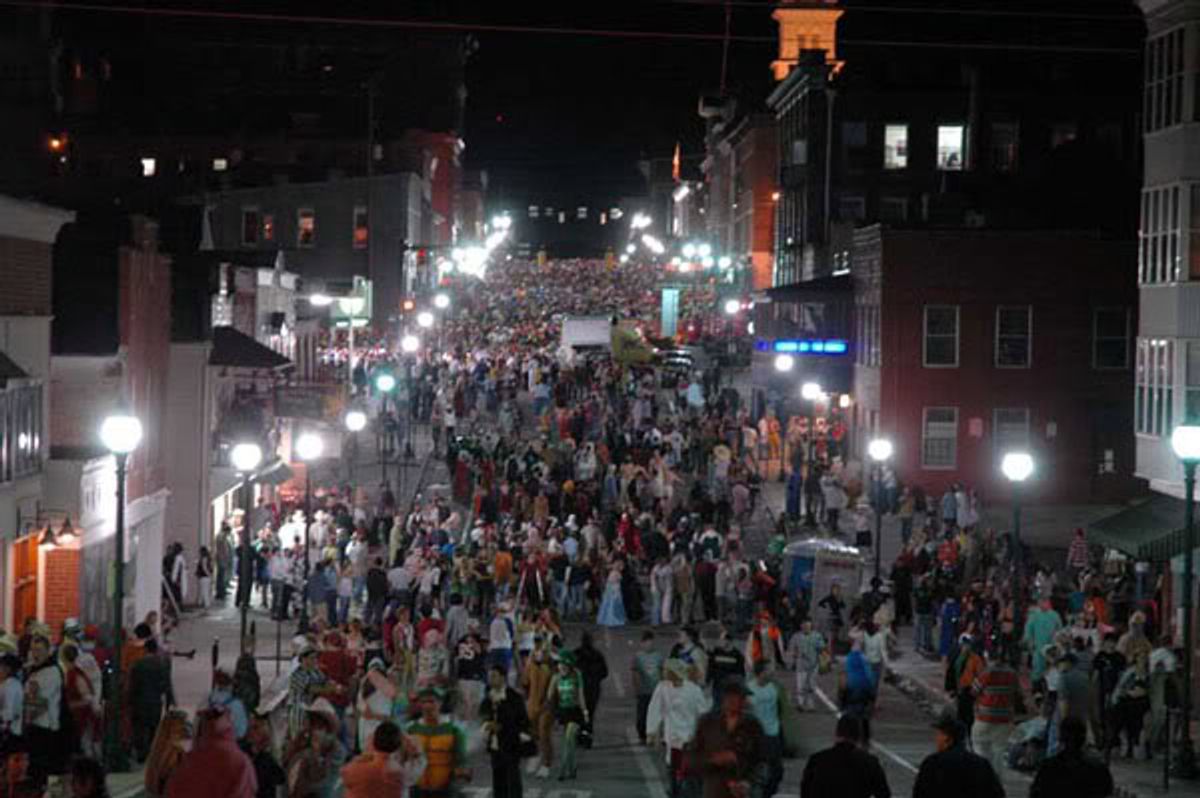 Ohio University's Halloween block party is the third largest block party in the United States. An event this large calls for more unique costumes than just your stereotypical black cat, "Where's Waldo," or illegal cop impersonation. To get your creative juices flowing, here are 10 Halloween costumes that haven't received enough recognition throughout the years.

You know, that guy that constantly screams, "My leg!" Your friends will enjoy that one all night long.

I'm sure we'll see some Donald Trumps out there this Halloween, but why not do an epic throwback to 1776 with any one of our great founding fathers?

For a spin on the traditional Bat or Batman costume, go as the Bat that took over the McDavis's house last spring. For easy identification, carry around a picket sign from the protest.

Step one: dress in all yellow. Step two: Pose as though you're running.

If you're having a hard time coming up with your own costume, steal one from a favorite television character! For example, "How I Met Your Mother's" sexy pumpkin, "Friend's" Spudnick, or the classic Little Red Ravin from the Hood ("That's So Raven").

Carry around rolls of paper towels to every party you attend — we promise you'll make some new (maybe messy) friends by the end of the night.

Give yourself a bowl cut and go as one of the greatest characters in middle school history. Only complete with a terrified expression.

Male group costumes are hard to come by, and I know of nothing that speaks more of friendship than a dead guy and all the words in the English Language. George Merriam and Noah Webster would be proud to be your Halloween inspiration.

Otherwise known as Susan Bennett, have your friends ask you questions all night and respond in your best robot voice. Although I don't know what she looks like, neither does anybody else! Get creative.

Sure, Neil Armstrong was the first man on the moon, but lets not forget to give credit to Buzz Aldrin: the second man on the moon that everyone forgot about. Neil couldn't have done it by himself!

You may have to explain yourself all night, but at least you won't be deemed "basic!"