9 Facts About Graveyards And Dead Things You're Dying To Know

9 Facts About Graveyards And Dead Things You're Dying To Know

Sometimes you run out of space and people need to be dealt with. 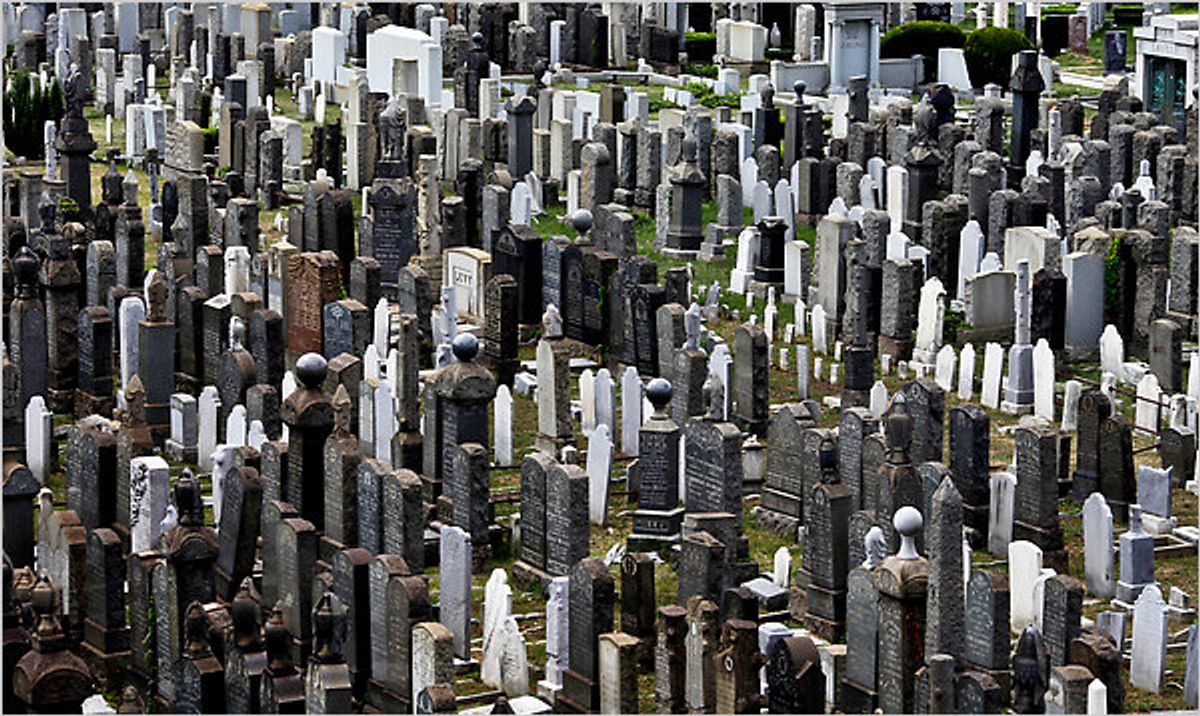 In honor of National Graveyard Day, (this is not a real thing I made it up) I thought we all need a little morbidity in our lives. So here are some entertaining facts about what they do with you after you've kicked the bucket.

1. England is running out of places to put their dead people.

Since the Industrial Revolution in 1700's, more and more people have been moving into cities, and burying their dead in city graveyards. Nowadays, there isn’t a whole lot of real estate left.

Early settlers had their heads pointing west so they could “rise up and meet the new day” when they rose for the zombie apocalypse presumably.

3. About 55 million people die every year.

That’s 0.8 percent of the world population. Or all the English.

4. When Norway started trying to reuse graves, they ran into a weird problem.

After WWII, Norwegians started wrapping their dead in plastic before putting them to rest. Hundreds of thousands of meters of plastic wrap later, they realized what environmentalists have been yelling for decades: plastic doesn’t rot too well. Now they have to inject the cocooned people with lime based acid to dissolve their mortal remains and then reuse their final resting place. Not super peaceful.

5. In the United States alone there are an estimated 500,000 graveyards.

A lot of opportunities for that poltergeist scenario.

Rome, a suburb in the Czech republic, Lima (Peru), Milan, Czermna (Poland) and Evora (Portugal) all sport their very own churches, cathedrals, and monasteries made out of the remnants of friars, devoted church-goers, local residents, even the builders themselves. The number of people donated to these projects is incalculable.

7. And that doesn’t even cover the most famous amassing of human remains, the Catacombs of Paris.

The problem of too many dead people and not enough peaceful resting places was a problem as early as 1774 in Paris. So the natural decision was to decorate an under-city labyrinth with the inconvenient dead -- six million inconvenient dead.

8. That’s not the weirdest thing people do with skeletons in Europe.

There are a ton of cases of Popes, priests, and padres dedicated to the worship of chunks of dead people, often skulls, but sometimes not.

9. Good news for the modern dead, there are really cool alternatives to being buried!

You can be turned into a reef for fishes (nothing to do with the mob I swear), burned and have your gases compressed into a stone for your loved ones to wear (“I like your ring!” “Thanks it was my grandma!”), straight up frozen in carbonite for later resurrection, shot into space, or, like the late Hunter Thompson, you could be shot out of a cannon. Yes, these are all real.