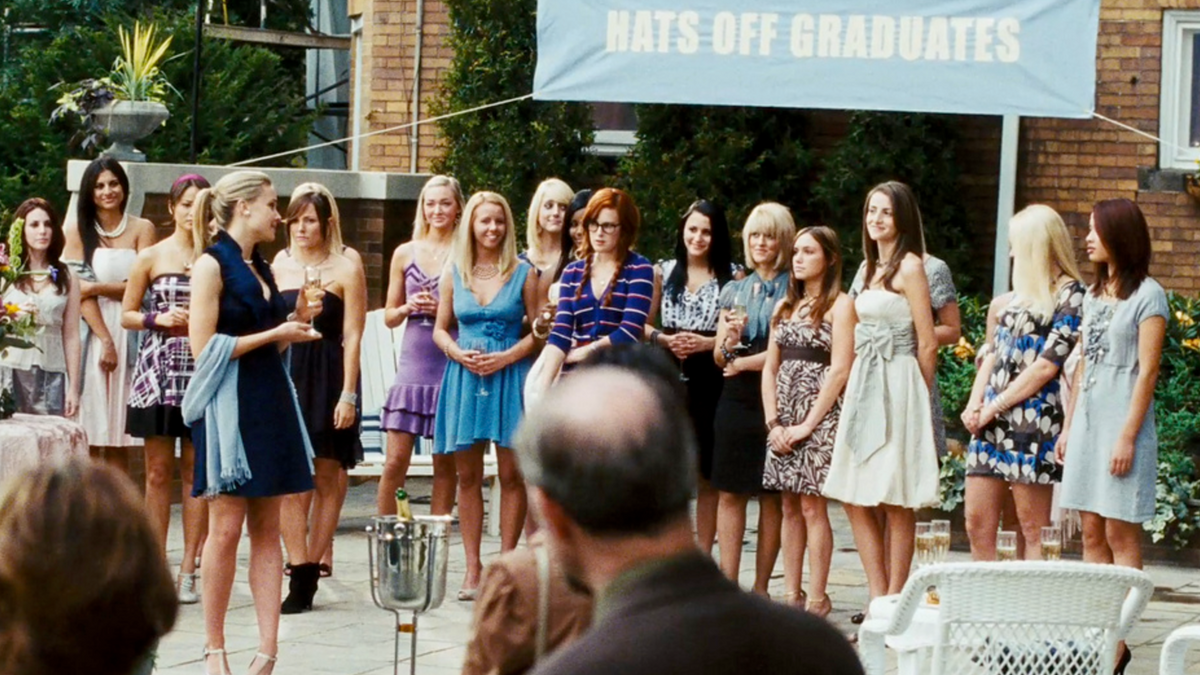 Kappa Kappa Gamma was founded on October 13, 1870 in Monmouth, Illinois at Monmouth College. Along with Pi Beta Phi, the two sororities are often called the "Monmouth Duo" due to both sororities being founded within 3 years of each other at the same college. Kappa has approximately 140+ chapters nationwide, with over 260,000 lifetime members. Their national philanthropy is Reading is Fundamental.

Fun Fact: Kappa Kappa Gamma is one of the few sororities in the nation without a formal motto. However, you will see the phrase "Tradition of Leadership" on most of their publications.

Kappa Delta was founded on October 23, 1897 in Farmville, Virginia at the State Female Normal School (now Longwood University.) Kappa Delta is one of two sororities on this list that belongs to the "Farmville Four." Kappa Delta has approximately 160 chapters nationwide, with over 230,000 lifetime members. Kappa Delta is one of the most philanthropic sororities on this list; they recognize 4 organizations as their national philanthropies including the Girl's Scouts of America, Prevent Child Abuse America, the Children's Hospital of Richmond at VCU, and the Orthopedic Research Awards.

Fun Fact: Kappa Delta claims to have established over 500+ alumnae chapters, which would make that the most out of any sorority in the nation.

Alpha Delta Pi was founded on May 15, 1851 at Wesleyan Female College in Macon, Georgia. Their original name was the Adelphean Society, but the name was officially changed in 1905 to Alpha Delta Pi. ADPi has approximately 130+ chapters nationwide with over 183,000+ lifetime members. Alpha Delta Pi's national philanthropy is the Ronald McDonald House Charities.

Fun Fact: Alpha Delta Pi and Phi Mu share the same mascot (a lion), but use a different name.

Pi Beta Phi was founded on April 28, 1867 in Monmouth, Illinois at Monmouth College. Pi Beta Phi was the second sorority in the Monmouth Duo, and was originally founded under the name I.C. Sorosis. The name was changed to Pi Beta Phi in 1888, and the true meaning of I.C. is rumored to be revealed to sisters of Pi Beta Phi upon initiation. Pi Beta Phi has approximately 200+ chapters nationwide, with over 230,000 lifetime members. Their national philanthropy is Read > Lead > Achieve.

Fun Fact: The new member pin of Pi Phi is a golden arrowhead with the Greek letter Beta. To this day, there is no recorded document that explains why the founders chose this as the new member pin.

Kappa Alpha Theta was founded on January 27, 1870 at Depauw University in Greencastle, Indiana. Theta has the distinct honor of calling themselves the very first women's fraternity. Kappa Alpha Theta has approximately 140 chapters nationwide, with over 250,000+ lifetime members. Their national philanthropy is the Court Appointed Special Advocates (CASA).

Fun Fact: Theta's ritual, organizational structure, badge, and coat of arms mirror closely two fraternities in which one of the founders, Bettie Locke, had close connections to: Beta Theta Pi, her father's fraternity, and Phi Gamma Delta, her brother's fraternity.

One of the youngest sororities on this list, Delta Zeta was founded on October 27, 1902 at Miami University in Ohio. Delta Zeta has absorbed 4 sororities since its founding: Beta Phi Alpha in 1941, Phi Omega Pi in 1946, Delta Sigma Epsilon in 1956, and Theta Upsilon in 1962. DZ has approximately 160+ chapters nationwide, with over 245,000+ lifetime members. Delta Zeta has three philanthropies they recognize nationally: The Painted Turtle, Speech and Hearing, and The Starkey Hearing Foundation.

Fun Fact: Tiffany and Co. designed the badge of Delta Zeta, and it can be viewed at the Smithsonian Museum.

Delta Delta Delta was founded on November 27, 1888 at Boston University in Boston, Massachusetts. Tri-Delt is credited to being the first sorority to plan an alumni system. Tri-Delt has approximately 140 chapters nationwide, with over 210,000 lifetime members. Their national philanthropy is the Children's Cancer Research, partnered with St. Jude Children's Research Hospital.

Fun Fact: Neil Armstrong took his wife's pin to the moon with him and left it there along with his own pledge pin from Phi Delta Theta. Since his wife was a member of Delta Delta Delta, Tri-Delt is credited with being the first sorority on the moon.

Delta Gamma was founded on Christmas Day, December 25, 1873 at the Lewis School For Girls in Oxford, Mississippi. Delta Gamma was one of the original seven groups that started the National Panhellenic Conference. DG has approximately 150 chapters nationwide, with over 200,000+ lifetime members. Their national philanthropy is Service for Sight.

Fun Fact: A man by the name of George Banta was enlisted to help expand chapters nationwide in the early days of the sorority. This Phi Delt is the only male inductee of Delta Gamma.

Zeta Tau Alpha was founded on October 15, 1898 in Farmville, Virginia at the State Female Normal School (now Longwood University.) ZTA is the second sorority on this list that belongs to "The Farmville Four." Zeta Tau Alpha has approximately 165+ chapters nationwide, with over 235,000 lifetime members. Their national philanthropy is Breast Cancer Education and Awareness.

Fun Fact: Zeta Tau Alpha is the only sorority that has their own credit card.

Chi Omega was founded on April 5th, 1895 at the University of Arkansas in Fayetteville, Arkansas. Chi Omega claims to keep a national collegiate GPA of 3.2! Chi Omega is the largest organization in the National Panhellenic Council with over 176 chapters nationwide, along with 330,000 lifetime members. Their national philanthropy is the Make-A-Wish Foundation.

Fun Fact: Chi Omega is such a large sorority nationally, statistics show that 1 in every 4 sorority women are Chi Omega. Also, the greek letters Chi and Omega were picked because the founders thought they looked good together.

Nicole Marie Nigro
Individual Creator
6265
c1.staticflickr.com
Where to start...... Let me start with the cliche that life throws us curveballs and what we do with it is what counts.