Here's are a few things I picked up as a newbie player that you won't want to miss. 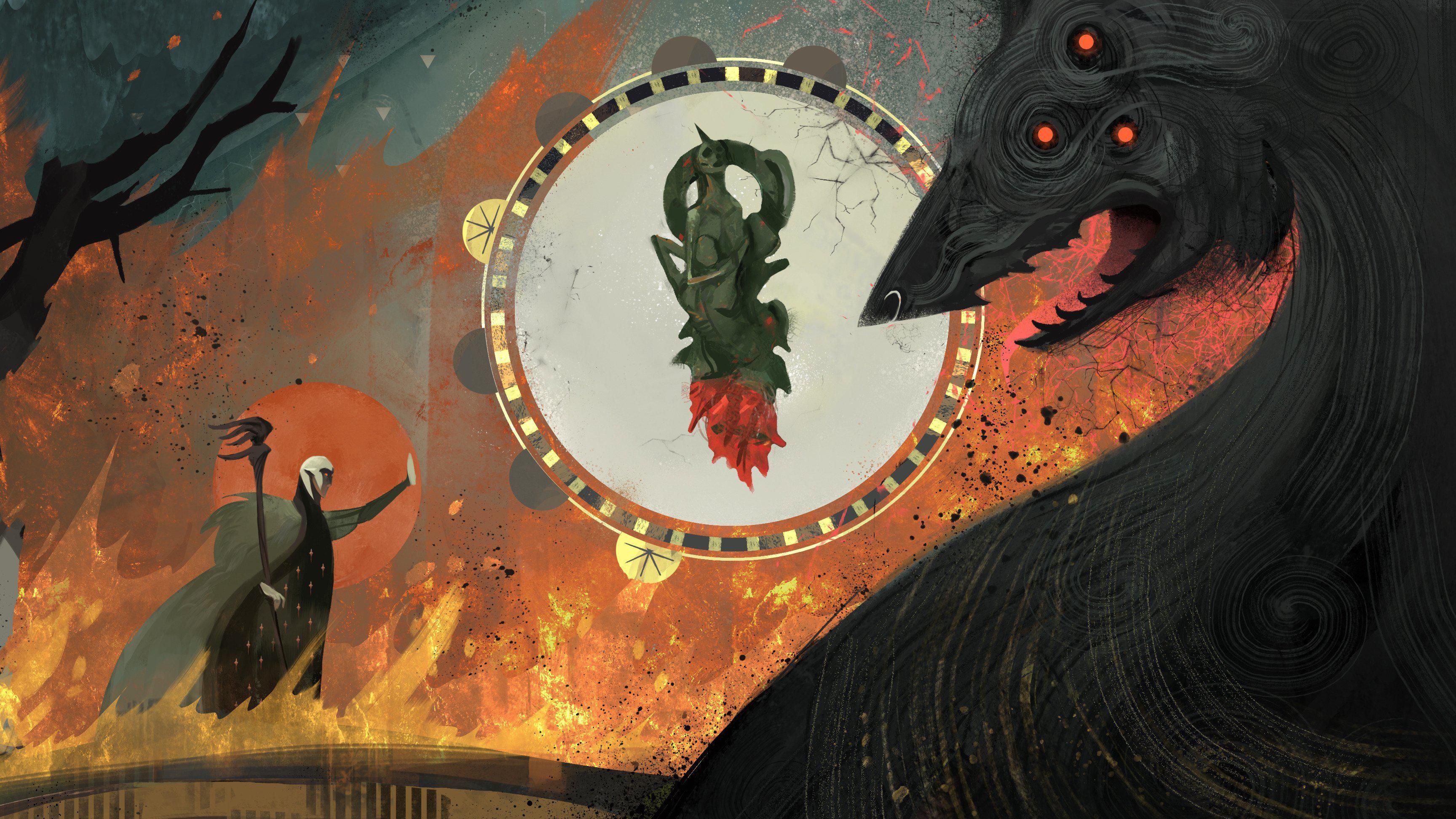 When "Inquisition" came out back in 2014, it was a sight to behold.

From the creators Bioware and publishers Electronic Arts (EA), I found the magic, combat, storyline, and overall feel of the "Dragon Age series" somewhat enticing and thoroughly entertaining. Since the release of Bethesda's "Skyrim back in November of 2011, the realm of medieval-fantasy-adventure role-playing games (RPGs) have not stuck out all the much. We've seen a tremendous continuation of the gaming genre with titles such as "Bloodborne," "Cyberpunk 2077," "Fallout 4," and more. Nonetheless, when it comes to the more dungeons-and-dragons-esque gameplay–the feel of descending into the nuances of magic, wars between different races of creatures altogether, and the ability to craft characters to players' specific role-playing goals (whether you fancy yourself a necromancer or holy warrior)–Bethesda maintained a pretty strong hold over the past decade with the powerhouse and staple "Skyrim" we all know and love.

Beyond that, however, "Inquisition" continues the story of mages and templars in Thedas (in-game country) and provides some of those desirable qualities of action, magic use, and plot that make it a standout among the RPG crowd. Moreover, the game received renewed fanfare and intrigue at the beginning of this year on platforms like Twitch and Twitter as content creators, YouTubers, and more began uploading content on Inquisition once more.

This renewed interest pushed me to start playing the game myself.

After finding "Inquisition" on the PlayStation Store for only $8.00 USD, I couldn't miss the opportunity to experience everything the game offered. Granted, the first few instances of the game were a little challenging–as any game should be–when acclimating to both the in-game mechanics, the lore, and the technical developments such as skill trees, point allocation, and artificial intelligence control. It's safe to say that I am completely consumed by the immense gravity and nuanced plot of "Inquisition" that I've already played for 20 hours and have only just reached Skyhold, your main base in the game. With that, here are five beginner's tips to get you started in "Dragon Age: Inquisition" that will help determine if you're ready to "lead them or fall."

1. Tailor your class to how you play other RPGs.

In "Inquisition," there are only three player classes that you can choose: rogue, mage, and warrior. As one would expect, each class has its own unique playing style that limits the type of weaponry and abilities available (rogues only using bows and daggers, mages using only staves, et cetera). Thus, because of these limitations, do yourself the favor and figure out your unique playing style–whether that be a more aggressive and frontline fighter like the warrior class, a more mid-to-far ranged fighter with the added stealth and entrapment abilities of the rogue, or the long-range spell-casting and support abilities of the mage. Each class plays uniquely, and each one must be tailored to each player's unique style of approach. Spend the points into abilities you find yourself most likely to use via the ability descriptions, and make it so that you can support yourself and your party members without leaving yourself vulnerable to certain enemy attacks. I always recommend taking on the player specialization (which occurs after reaching Skyhold) to really hone in on the type of character you want to play.

2. Party composition is essential to maintain your advantage on the battlefield.

Subsequent to player tailoring comes the necessity for player composition. For the love of Andraste, please do not create a party of all mages, rogues, or templars for there are enemies that will capitalize on the singular cohesion of the group. I've already done that and failed miserably when taking on a group of bandits with four mages. At any point of the game–no matter how far into the storyline–players will face enemies close, mid, and long-range. You want to prepare for all of them and meet those enemies with the appropriate party members. Long-range fighters, such as mages, should focus on maintaining the long-range enemies and focusing on party buffs with spells like Barrier, Revive, and even Static Cage which helps control the tide of battle. Players composition is useful outside of combat too as heavy object or crumbling walls cane only be broken with the warrior class, and rogue are the only ones equipped to pick locks on doors. Therefore, choose your party members wisely, and I always recommend to utilize the tactical camera to ensure battle proceed how you want them with certain party members focusing on certain enemies.

3. Make sure to spend skill points for your party members, too.

Leveling up your party members is just as important as leveling up your character; don't assume that the game will do it for you and spend your points according to how you want your party members to fight on the battlefield. For example, I made party member Vivienne into a support enchanter, which required me to spend her respective skill points into the Spirit and Knight-Enchanter skill trees along with some more offensive spells in the Storm and Inferno trees. Sera is my long-range stealth mage with a knack for disappearing during the fight and surprise attacking enemies. Each time you level up, your party members level up with you (or at least they are about to), and it's good to take into consideration what your party members can do for you will fighting Venatori spellbinders, outlaws, marauders, or darkspawn altogether. Take the time to create your party members and outfit them to your play style, but don't give yourself all offense and little defense. No mage is going to rush into a swarm of rift demons and come out alive since casting spells only happens when mages stand in one position. You've been warned!

4. The AI behaviors customization will save your life.

One of the more interesting aspects about "Dragon Age: Inquisition" is the behaviors tab found in the character skill trees section of the player menu. Here, players can decide when party members will utilize potions, how long they're continue to cast spells or utilize abilities up to a certain percentage of mana, and more importantly, which party member they'll either defend or follow. Here's my recommendation for this: set all your long-range fighters (mages and archery rogues) to follow themselves since they will ensure they stay well enough away from the center of any conflict and utilize their abilities appropriately; moreover, set your warriors and your dagger rogues to defend themselves as this ensures they take the brunt of the enemy force head on and keep them at bay. You don't want you long-range fighters running into combat since most of them have no way to effectively defend themselves against enemies running at them head-on. the same also goes with warriors that run away from the conflict. Use the AI behaviors to your advantage to ensure your party members carry the weight of the missions and are more independent that say those that just follow the player's character.

5. Invest in Inquisition Perks that you won't get through acquiring agents.

Apart from party members and such, players will come across characters that will offer perks to the players inquisition, all of which are non-playable characters (NPCs). There characters, for example, allow Josephine, Leliana, and Cullen to complete their tasks faster. More than not, you'll unlock certain perks only by recruiting agents, but for those you can get yourself, I always recommend spending Inquisition Points first in either in Forces, Secrets, Connections, or Inquisition when the perk enhances something you already have like more inventory space, a 5% increase to experience gained, or the number of health potions you and your party members can carry. Don't spend the points on the more obscure or agent-available perks if you can avoid it; although, those agents that allow you those perks might not be available unless you meet them and request they join the inquisition yourself, so speak with villagers and chantry-folk alike to ensure a well-rounded and profitable inquisition.