Just in case you've ever wondered 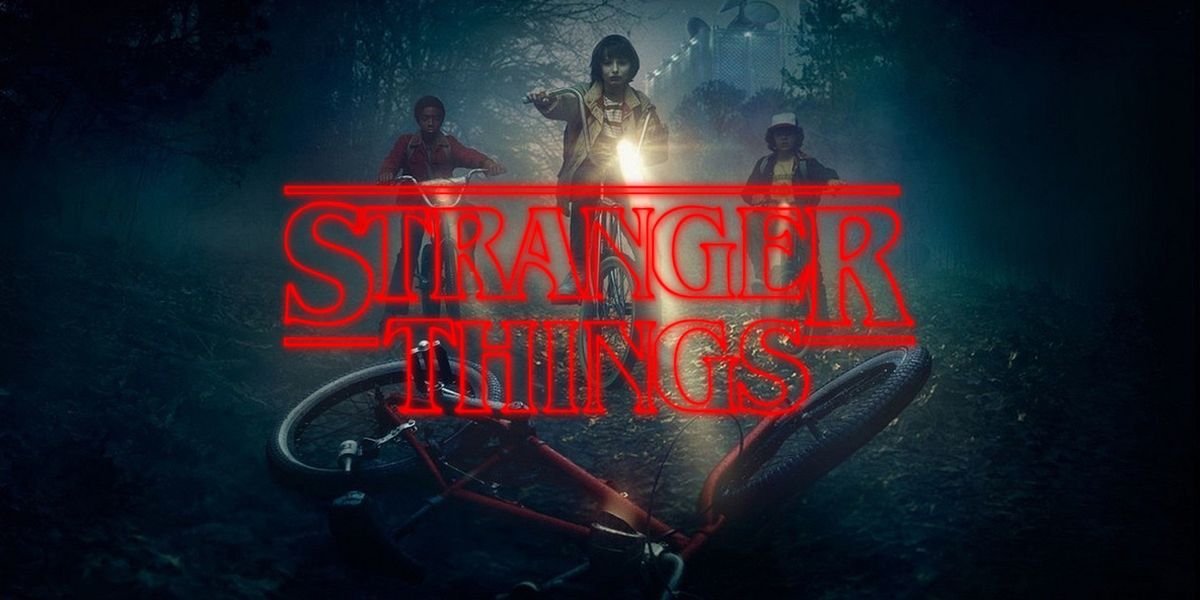 Everyone has seen those lame posts about the zodiac signs and their most bold traits or the zodiac signs and which character they are from a certain series. It's all fun and games until you look at your zodiac sign and you see that you're a character that you despise, and there's no particular reasoning behind why that character was paired with that zodiac sign. It's frustrating, yet fun all the same. I've seen ones with the Stranger Things characters, and I've always been Karen Wheeler. Mike and Nancy's mom? Really? I love her, but why? This is absolutely my favorite television show I've ever watched, and I thought it would be fun to assign the zodiac signs to characters from the show -- with reasoning behind each choice, of course.

You are Lucas Sinclair!

Some common characteristics that belong to Aries are dynamic and quick-witted, which we can easily see demonstrated in the way that Lucas takes on the mission to find Will on his own, as well as his actions toward killing the monster with the wrist rocket and encouraging Will to use fireball in Dungeons & Dragons. Aries are also impulsive, impatient, and quick-tempered, which are also traits that belong to Lucas since he so quickly dismisses Eleven and Mike in their own plan to save Will. Many people who have seen the show often dislike Lucas for his impulsiveness and his quick temper, but they fail to see the positive traits in him. This can be true for some Aries as well.

You are Chief Hopper!

A Taurus is normally patient and reliable, and what better character for that than our own Chief Hop? Although growing frustrated with trying to find Will, he was more patient than the other cops, who were quick to dismiss Will's case after seeing his body. Hopper is also warmhearted, loving, persistent, and determined, which we can see in the way that he treats his daughter Sarah and the way he treats Will's case, never giving up no matter how many obstacles stand in his way. However, a Taurus can also be self-indulgent and greedy, which we see in Hopper in the first few episodes when he arrives late to work and refuses to acknowledge other people's troubles.

You are Nancy Wheeler!

Adaptable, witty, intellectual, lively. Of course this has Nancy written all over it! She's able to jump right in with Steve's friend group even though she hasn't been considered one of the "cool" kids her entire life. She seems to have clever remarks, and she loves studying and understanding everything around her. Without her intellect, our understanding of the monster might be skewed. A Gemini is also superficial, which we see in Nancy several times throughout the show, and they are very inquisitive. Nancy was a major key in dealing with the monster. You're strong, fearless, and important too!

You are Joyce Byers!

Congratulations! You're the queen of this show. You should feel honored. A Cancer possesses the following qualities: emotional, loving, protective, sympathetic, overemotional, and moody. What better way to describe a loving, caring, grieving mother who just wants to find her son? Joyce Byers knows what her beliefs are, and she will fight for what she loves. However, sometimes her emotions cloud her judgment, and she is unable to make well-developed decisions. Still, her maternal love burns stronger than anything else.

You are Jonathan Byers!

Congrats, you possess many of the same qualities as the cliche mysterious, artsy guy who's secretly got a big heart. You've got a strong passion for your talents and hobbies, and you put that same passion into everything else you do. Leos are generous and warm-hearted, especially with people they love. There is nothing Jonathan loves more than his family. They are also creative, faithful, and loving. On the other hand, they can also be pompous and patronizing, which is true with Jonathan and his relationship with Steve's group of friends. It may take Leos a little time to open up, but once they come out of their shell, they're the best people you could know.

You are Barbara Holland!

Don't worry, I'm not saying you're going to get taken by a monster, killed in an alternate universe, and then totally forgotten about. No, you're fandom Barb, so that means you're a total star. We don't know much about Barb, but she and Nancy were the smart kids at school, and Barb stuck to her beliefs and her intuition. A Virgo, just like Barb, is modest and shy, reliable, practical, and intelligent. However, a Virgo can also be pretty fussy and meticulously worry about every little thing. These traits are shown clearly when Barb accompanies Nancy to Steve's party. Virgos and Barb are the best and most caring friends you could ever have, though.

You are Steve Harrington!

You and me both, friend. With the fandom, you either love Steve, or you hate him. I personally think he's a great character with great development, and though he seemed like a total jerk at first, he was actually a great person deep down. Like Steve, a Libra is very romantic and charming, and they are very social and easygoing, for the most part. They're especially social with people who are interested in the same things as them, and they are most at ease with a few close friends. However, they are also fairly gullible and easy to manipulate in certain situations, and sometimes they are very selfish, but in the end, they have really good hearts.

I bet you're happy, right? Eleven is such an amazing, strong character. She doesn't talk much, but who needs to really? She had us crying with the few lines she did have. She's perfect, and so are you, friend. Like our powerful little El, a Scorpio is powerful and doesn't really know the limits of that power. They're also determined, really emotional, and exciting (we can agree she's one of the most exciting parts of this show, right?). However, Scorpios can also be totally secretive (to the point of being super shady, actually), and they're pretty stubborn in their ways too. That's fine, though, because everybody loves them.

You are Dustin Henderson!

Congrats, you adorable little goofball. You're a fandom favorite because you're the cutest, and you're great comic relief for tense situations. You are optimistic in every situation, even if it's life or death, and you're always good-natured and humorous. You're honest and straightforward, and you're the most level-headed and reasonable member of your friend group, which is typically why you stick to the background and act as peacemaker when your friends decide to get into trouble. Plus, I'm willing to bet you're the one that packs snacks for road trips and adventures, right? Everybody loves you.

You are Mike Wheeler!

Mike is such a sweet, genuine character, and I think he's totally overshadowed. Maybe the rest of you Capricorns feel that way sometimes too. You're a natural leader of your friend group, and everyone looks to you when things go wrong. You are practical and prudent in your decisions, and you're fairly reserved compared to the rest of your friend group. You always put your friends and family first though, and you're totally selfless. However, sometimes you let your pride get in the way, especially when it comes to admitting you've done something wrong. You've got a big, beautiful heart with plenty of love to go around.

You are Mr. Clarke!

I hope you feel amazing, because you're the coolest teacher of all time. You're totally friendly and approachable, which is why everyone feels like they can trust you so much. You're also so honest and open with everyone, and you're very encouraging as well. You're inventive, loyal, and intellectual as well, so people usually come to you for educational advice as well.

You are Will Byers!

Don't freak, you're not gonna disappear into an alternate universe for a week and then come back vomiting slugs. You're imaginative and pour your heart into all forms of art, and you're very in touch with your feelings. You're compassionate, kind, and do your best to stay honest with everyone around you. You're also really selfless and always put others before yourself. You're also idealistic and very intelligent, and you can totally escape into any fictional world presented to you. People may look at you and think you're small and weak, but you're perfectly capable of using instinct and intelligence to take care of yourself. You're also the soft, pure friend that everyone wants to protect, even though you can totally do that by yourself.