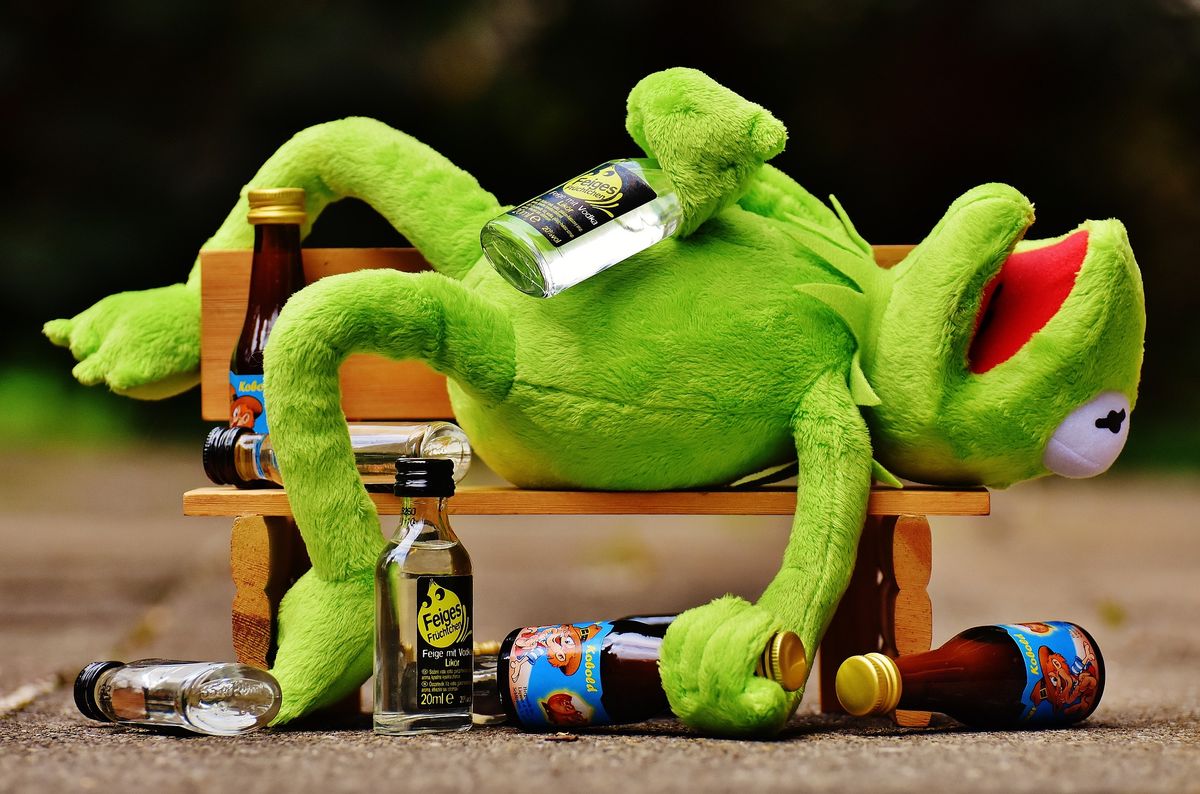 If you've ever read any of my other articles, I think we all know I could make this series last forever. Since I am a fan of longevity, I just might do that. This is the second installment in "Funniest YouTube Videos To Watch While Intoxicated" and since YouTube is virtually never-ending, prepare to laugh forever. Enjoy responsibly.

So this woman was just being herself on the local news after her apartment building caught fire and it went viral in every sense of the world. I love that this woman doesn't give a single shit what anyone thinks of her. I aspire to be her when I grow up. If you cannot appreciate how funny this is then you need to leave. Also, someone with way too much time on their hands made this remix.

Perfect timing. This is something I would do/have probably done as an annoying little sister but it's just so perfect. It could not have worked out better. It's just comedy gold.

The only way I am comfortable with this being funny is if this whole video is a gag. Otherwise, I am disappointed in the next generation.

4. In The Air Tonight

Yas Puppy. Drum it out.

This is the funniest thing I've ever seen in my life. I think it's the sound that the cutting board (cookie sheet?) makes when it connects with her face.

*Applause* Every girl on the planet feels this.

Any human who's ever been to college can sympathize with this poor girl.

8. My Push Up Bra Will Help Me Get My Man

Okay so anyone who hasn't seen this magical beautiful video needs to see it because it's basically me when I'm alone in my car.

9. I Could've Dropped My Croissant

I have no idea why this is funny. I think maybe it's the way he screams? Certain sounds just set me off laughing, I guess.

10. Literally Any Video with John Roberts

If you recognize his voice, it's because John Roberts plays Linda on Bob's Burgers. This had to have been part of the reason he got that part. Also, Mom is everyone's mom. Every single human can relate to these videos because their mom has done these things.

OKAY SO OLAN ROGERS IS ONE OF THE FUNNIEST HUMANS ON EARTH AND YOU CAN FIGHT ME IF YOU DISAGREE. This one is probably his most popular because of it's weird stint on Tumblr. With 13 million views, Olan Rogers isn't just some jackass telling stories - he's a brand new form of comedian.

12. Marcel The Shell With Shoes On

Everyone, everyone needs to see this video. It's both adorable and makes me crack up. Jenny Slate's weird, raspy, high-pitched warble turns a shell with some Barbie sneakers and a googly eye glued to it into Marcel, a little dude just tryna live his life. There are also parts two and three.

That's it for now but don't you worry nuggets, 12 more videos will be coming your way next time.

Nicole Marie Nigro
Individual Creator
7583
c1.staticflickr.com
Where to start...... Let me start with the cliche that life throws us curveballs and what we do with it is what counts.