To The Young People Leading The Fight, We've Got Your Back
Odyssey
CurrentlySwoonLifestyleHealth & WellnessStudent LifeContent InspirationEntertainmentPolitics and ActivismSportsAdulting
About usAdvertiseTermsPrivacyDMCAContact us
® 2023 ODYSSEY
Welcome back
Sign in to comment to your favorite stories, participate in your community and interact with your friends
or
LOG IN WITH FACEBOOK
No account? Create one
Start writing a post

To The Young People Leading The Fight, We've Got Your Back

We've been underestimating you. 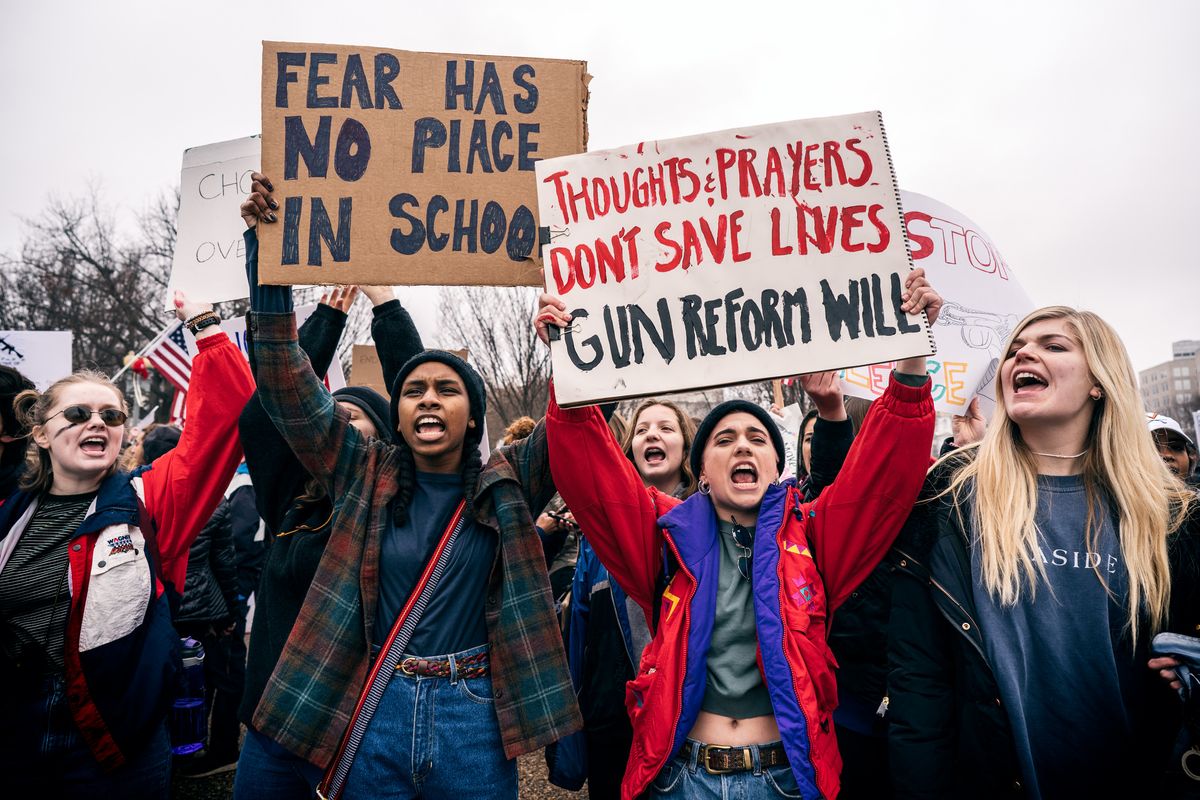 In the past week or so I've been so incredibly, deeply, brings-me-to-tears inspired by the students of Marjory Stoneman Douglas High School and the waves of their peers around the country who stand with them.

I hate that such an awful event is what led us to this point, but I'm overwhelmed with hope by the way these young people are reacting.

These young people are standing up and speaking out. They are identifying the ways in which they feel that their government representatives are failing them, and they are calling them out on it. They are strong and passionate and brave.

These young people are the best representations of the human spirit that I've seen in a long time. They are compassionate. They are using their anger and grief to change things. They are wise. They are here. They are the future.

And for us to think anything less is foolish.

I am constantly hearing about how social media and smartphones are damaging my generation and those younger than me. And I get it. Social media provides the opportunity for online bullying, texting interrupts our development of interpersonal skills, and our noses are always in our phone. Yeah. Fine.

But social media also allows for something incredible. It allows for connection between people that live states and even countries apart. It allows for idea-sharing, question-asking, and protest-organizing. There is more opportunity for compassion because we have more opportunity to hear each other's voices. We can learn about people and identities that we don't have access to in our hometowns. Through social media, we can witness the pain felt by our fellow humans and we can come to their aid.

Social media and the Internet provide kids with information that their parents and teachers aren't telling them. Through their phones, teens can have autonomy. Through their access to the world, they can form opinions.

Their actions right now demonstrate that we've been underestimating the kids of the 21st century. When people think that they've been hiding behind their phone, they've been listening. My 16-year-old sister knows so much more about politics, identity, injustice, love and change than I ever did in high school.

All these kids do. And we need to listen to them and follow them.

There's nothing wrong with wanting to protect the innocence of our young people, but we shouldn't then limit their ability to act and speak in a world where their innocence is so often stripped away.

Though our kids are young, they are thoughtful.

Though they lack experience, they have insight.

Though they are small, their passion is overwhelming.

The marches, speeches, protests, walkouts, tweets and statements that young people are producing right now bring me so much hope. I'm so proud of this generation and thrilled to join them in their fight.

In the words of Barack Obama: "We've been waiting for you. And we've got your backs."

Nicole Marie Nigro
Individual Creator
1967
c1.staticflickr.com
Where to start...... Let me start with the cliche that life throws us curveballs and what we do with it is what counts.