How Writing Every Morning Changed My Life
Odyssey

How Writing Every Morning Changed My Life 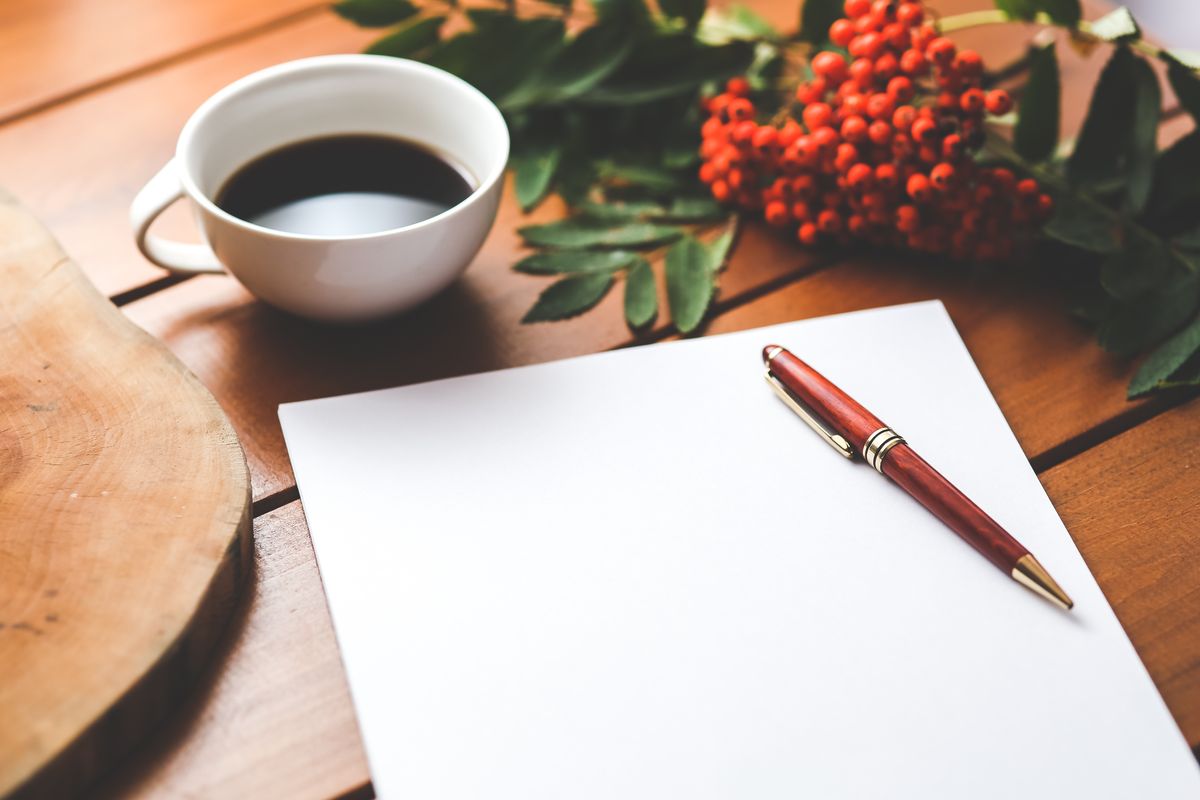 This past summer, my brother bought me a book called The Artist’s Way by Julia Cameron. In the book, Cameron explains her strategies for keeping her creative energy alive even when she lacks inspiration. Her secret weapon? Thirty minutes of writing every morning. At first, I was skeptical (and lazy). Morning pages seemed like a lot of work for no payoff.

Eventually, I gave in and tried it. I woke up 30 minutes earlier every morning and wrote my lazy heart out in bed. Summer is the time for self-improvement, right? Those first weeks, pages were filled with complaining, mostly about how I wished I was sleeping. But, soon I started to notice that I found myself wanting to write throughout the day too. My creative energy was back. I don't know if this was just the placebo effect, or the cleansing effect of verbal vomit every morning, but it worked. By the end of the month, I had a 125 page story finished and ready for editing in addition to a journal full of my morning pages.

So, how have I managed to continue this routine? First off, I realized that the first three weeks of any new habit were going to be difficult. I'm sure if I looked back at the first few weeks of my journal it would only be full of complaining and dreading the day ahead. Some mornings, that's still all I have to say. It doesn't matter what I write, it's more about the act of putting the pen to paper. The end result does not matter. Turns out, it's a lot easier than when I tried to write journal entries in Greek without knowing any of the Greek language (at that point in my life, “it’s all Greek to me” really applied to how I was handling drama).

The act of writing early in the morning has become my new way to meditate. Sometimes I'll write down something I didn't even realize I was worried about. Other times, I'll come up with a new idea for a story, drawing, or video. I now look forward to sliding out of my creaky dorm room bed every morning to write my morning pages.

I also have learned about myself. I see new trends and patterns in the way I think and deal with problems in my daily life. I also learned that the older I get, the worse I am at cornhole. Writing every morning surprised me the most by fueling my desire to write more throughout my day.

With a great new habit, came more useful habits. I've always liked the idea of lists. I once vowed to make a list of the funny things that my high school friends said to me but I forgot so there's only one entry that states: “I can’t tell if you’re trying to be seductive or not in this yearbook photo.” After that failed attempt, I gave up.

Now my phone is full of lists. I write down those weird thoughts I have during class or in the shower. Trust me, it's easy to forget them all when you've got plain 'ole daily sensory overload. For example: In fifth grade, this girl on the bus tried to convince me she was an extra on the show Hannah Montana and I pretended to believe her because I felt like she deserved her moment of fame. How would I have ever remembered that without writing it down?

Practice makes you proficient, passion makes your work worth it. That’s what I always say. Actually, I don’t know why I’m lying. I just made that up five seconds ago, but from now on I firmly believe in it. I’ve decided to dedicate time searching for creative outlets that send me hurtling into a black hole where time and existence are irrelevant. That's my definition of passion: it's those things that act like a personal time machine. Writing is one of my time machines and I make sure to charge it every morning for thirty minutes.

Kassie Hsu
Baylor University
4725
Panda Whale
Here are 100 things I'd rather to than study. I know the semester just started, but
Featured