Wrapping up the decade
Odyssey

Wrapping up the decade 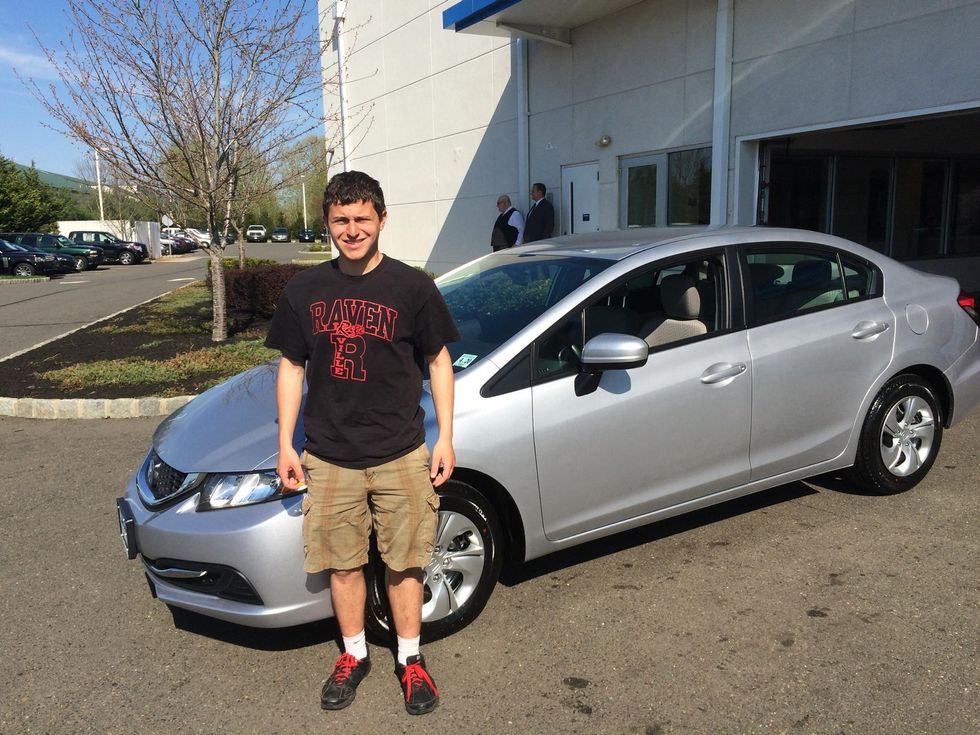 Around this time every year, people usually are preparing to say Happy New Year. This year, it's not just a new year. It's a new decade. For me, it was quite a decade to remember. I graduated high school, started college, was bar mitzvah, traveled to places I always wanted to, and never gave up with certain things. As the 2010's come to a close, here are my favorite memories from the decade

My Journey at Montclair State

The minute I stepped foot on that campus, I knew MSU was going to be a place I would call home for four years. I've had my ups and downs there and experienced some struggles, but I wouldn't trade anything for the experience. From meeting people whom I've dreamed of meeting, making long lasting friendships, having staff and faculty in my life who have become my mentors, and lots of great memories, my time there will not be forgotten when I graduate

Like all my friends and family, I waited 13 years for this. For many, it was sad to say goodbye to a place my friends, peers, and I called home for years. At the same time, it was exciting because it was one step closer to a semi life changing experience. To this day, I still reflect on the memories I made in grade school

I spent years in Hebrew school and seven months of tutoring for it. I'll never forget those two hour Wednesday evenings and three hour Sunday mornings, learning Hebrew and Judaism, to help prepare me for that one day. On October 16, 2010, I was bar mitzvah. Surrounded by friends and family, I was called up to the Torah and then celebrated with a nice party afterwards.

When I found out my cousin got engaged and we were taking a trip to see him get married in Hilton Head Island, South Carolina, my excitement went up. Not only was I happy for him and that I would get to see family and spend days with them on a nice island that wasn't the Jersey Shore, but it was another state I could check off on my list of travels. My sister and I at the time never visited any other states outside New Jersey, New York, and Pennsylvania. Road tripping to South Carolina didn't just mean visiting one state. It meant visiting four and staying in two.

That same year my cousin got married, my family learned there would be not one, but two new additions joining that side of the family. Four years later, another addition came as well. Although I don't get to see my little cousins much, I always make an effort every year to spend time and make great memories with them while all of us are still young.

Since I was nine-years-old, I had aspirations to visit Israel and see what is known as the homeland of Jewish people. Thanks to Birthright, I finally got to when I was 20. For those that don't know, Birthright is a non-profit educational organization that allows young Jewish adults to experience Israel for 10 days. In 2017, I had the pleasure of traveling all throughout Israel, floating in the Dead Sea, riding a camel, camping in the desert, hiking Masada, and so much more.

Whether it was a job or an internship, the feeling of employment has always been a gift. Being an employee has its good and bad days. Regardless, it's always a good feeling walking into work or an internship.

I made it to Delaware, Virginia, and the Carolinas. I've been to Six Flags Great Adventure, Hershey Park, Dorney Park, and Sesame Place. Until I was 18, I never stepped foot in Florida or even been to Disney. My senior year of high school, that changed. After waiting for 18 years, I finally made it to Florida and entered Disney World. I'll never forget walking in each park, looking around, and saying to myself "I'm here."

Then three years later, after trying to figure out a place for my friends and I to vacation to, my one friend recommended Universal Studios in Florida. Immediately, I loved the idea. As a Harry Potter fan and a lover of The Cat in the Hat as a child, just like Disney World, I always wanted to visit Universal Studios. After doing some planning with friends, we made it happen this past summer. Soon, I'll be ready for another Butterbeer and walk across the City Walk.

Getting A License/ Car

Like most children, there comes a certain age when you wish you could just operate a car, go where you want, and most importantly, have a license. For me, that came when I turned 17. I obtained my license after months of practicing. It was a great feeling considering, I was able to get around more and dodge arguments about how I was getting somewhere and where I was going. Although I had a job where I was making and saving money, I didn't have a car. After months of hard work, with the help of my parents, I was able to lease my first car in April 2015. Today, I still have it and make the best out of it.

If you really know me, you know I am a lifelong Giants, Yankees, and Knicks fan. In the first year of the decade, thanks to a travel camp I attended, I was able to receive a tour of Yankee Stadium. I dreamed of watching a game. The dream came true when I was 16 and I had the chance to thanks to my father. It felt so surreal seeing Jeter in his final season as a Yankee, up at bat. Luckily, that wasn't my last game as I started going to more, as the decade progressed.

While I haven't made it to any Knicks games yet(I will this upcoming year), I still remember my first Nets game. They were still playing in Jersey. It was November 2010. The team took on the Cleveland Cavaliers. I'll never forget experiencing the excitement of Prudential Center and even seeing former NFL Defensive Tackle, Barry Cofield, sitting with his baby just rows ahead of me.

Finally, I made it to my first Giants game during my senior year of high school. Baseball games are great however, nothing beats the excitement of a football game. The Giants played against the New England Patriots at MetLife Stadium. Although they didn't win, I'll never forget the crazy chants I heard from fans as my father and I walked down flights of stairs to our car or the crazy things I listened to while I was using one of the restrooms.