Ever had any ghost experiences? I did for the first time. 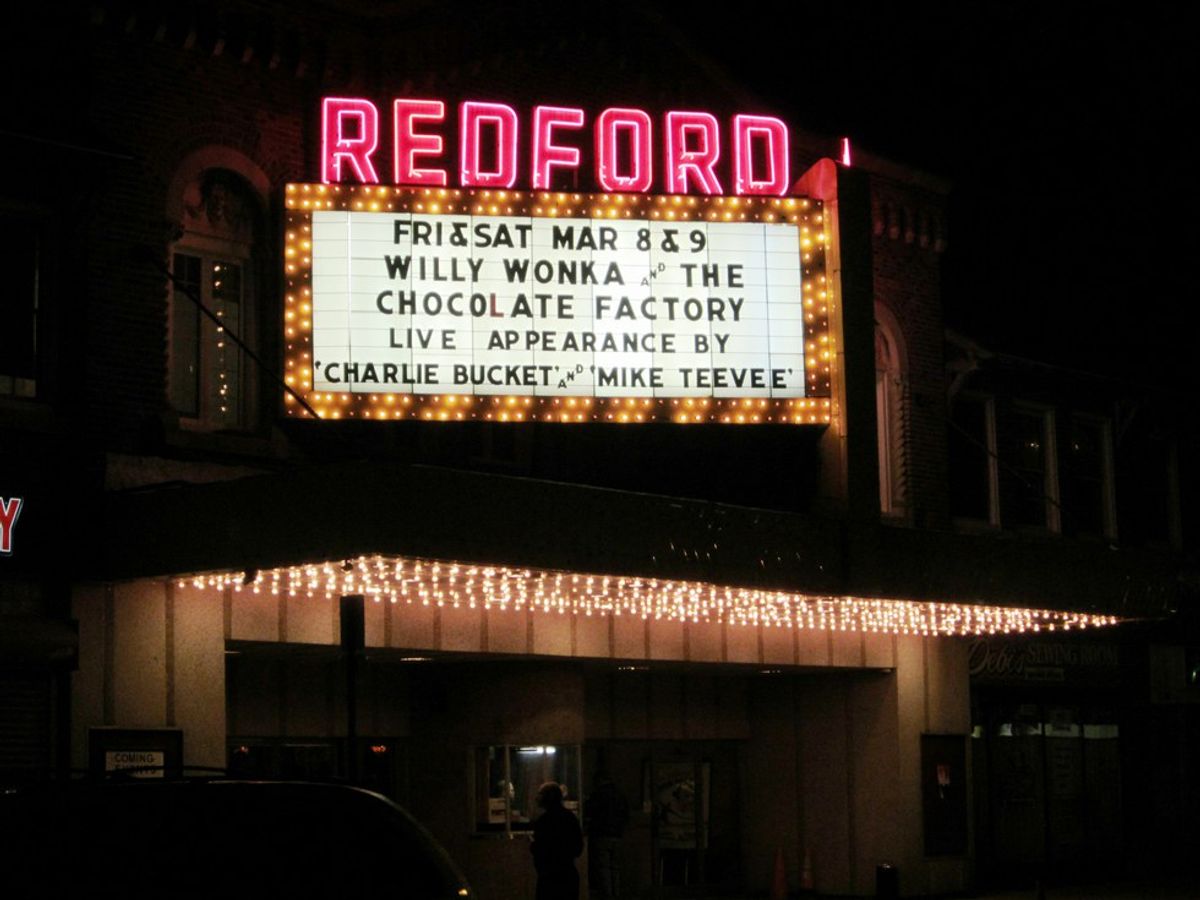 I work at a movie theatre. That means lots of big, wide, dark space, lots of places to hide and lots of things that can easily scare you for no reason. Especially screen three. That's where all the horror movies usually go. We often make jokes about the place being haunted and honestly, none of us would have doubted it if someone had come to us with a legitimate story explaining how and why. We never really had one, but lately it seems like there might indeed be a restless spirit of some kind.

All of us have heard various things while cleaning at 1:00 in the morning whether by ourselves or with others. Those of us in the concessions stand have seen a few items moved from where they should be or fall where they belong with no reason. (There's a specific story about that one, but I won't go into it.) I've never been an avid believer in that kind of supernatural stuff, but lately my beliefs regarding this subject have been questioned.

I'd never had a ghost experience before, that I was aware of at least. There was one possible incident (Mentioned briefly above) that could have been a ghost or something but I'm just not sure. I'm unfamiliar with any sensations or dealings with superstitious figures but that may have changed the other night.

I was in the concession stand by myself. The only employees there were myself and my manager for the night. I was completely alone. I had just finished cleaning out the popcorn machine and had begun to sweep up the floor so I could then mop it. I was about halfway done sweeping when I heard it.

It was my name. It wasn't like someone normally talking. You know when you want to yell at someone, but you have to be quiet so you end up just kind of whisper-yelling at them? Yeah, that's what it was. It seemed to come from the middle of the lobby area that was about to lead into the hallway.

I froze, looking around to see if I could possibly spot the source. I know for a fact nobody was there. My manager was all the way down the hall, cleaning the bathrooms so it certainly wasn't her. It certainly wasn't a customer. Needless to say I was a bit afraid. Okay, a little more than just a bit.

Then I heard it again but this time it was much, much louder. It was still a whisper-yell but it was right next to me. I jumped, the sound, voice, whatever, having scared me so badly. I remained frozen for about a whole minute, trying to get my heartbeat to slow down. It had legitimately scared me. I didn't hear anything else after that.

I know compared to some other people's "ghost experience" that mine was trivial, that it wasn't anything big, but it terrified me. Piled on top of everything else that's happened there it was just a bit too much. I don't even know if it was a spirit or something, but I have absolutely no idea what else it could have been.

I hope to not have any more experiences like this. Small as it may have been it was terrifying. It was interesting, honestly, but not enough so for me to want to go through it again. To all of you out there living in haunted houses, or work somewhere haunted or anything, I wish you luck.