What Donald Said Is Nothing Compared to What Bill Did 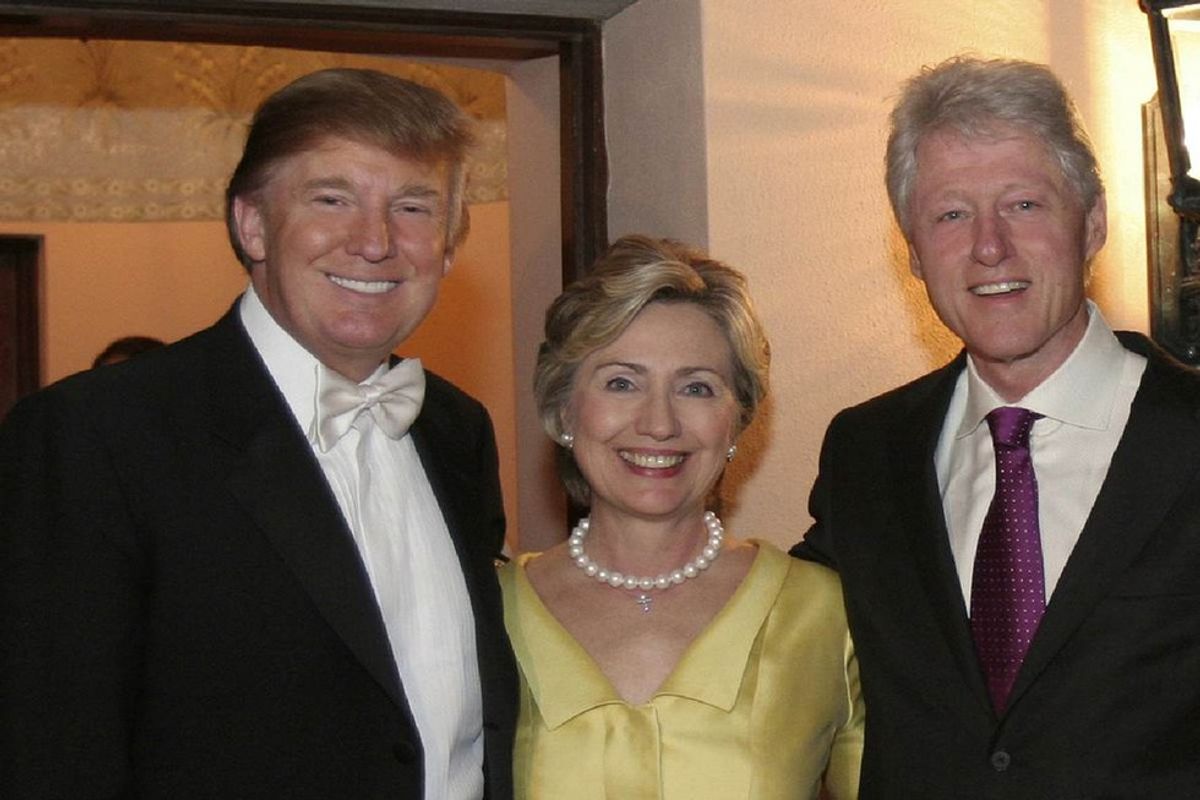 Over the past couple of days, everyone has heard the words that presidential candidate Donald J. Trump has famously said on the recording about sexually assaulting women and trying to sleep with a married woman. It is pretty hard to hear, and has caused a lot of Republicans to drop support from Trump and has opened the door for Democrats to attack him as hard as they could.

Personally, I think the words he said were disgusting, rude, arrogant, and downright vulgar. However, they are words. During the debate, he apologized for the things that he said and said that he never sexually assaulted a woman. He said it was all locker room talk, and tried to dismiss the issue. Too bad people are still trying to run away with his words.

Like I said, I cannot condone the words he said, but I can say that I know there are things we regret saying. Words can hurt. Words can hurt even the best and worst of people. But, what hurts us more is when words become actions.

Donald Trump stated in the debate about Bill Clinton’s infidelities, his sexual assaults, and his rapes. Those are actions. Those aren’t words. Bill Clinton has even admitted to some of the affairs, and Hillary Clinton has personally tried to destroy every person who came out with her husband. She made the victims, victims once more. Except with her being in the national point of view, they were in the national point of view.

Many of Bill Clinton’s victims have publically addressed the ways that Hillary Clinton has tried to ruin them. From trying to slut shame them by trying to find out how many sexual partners they have had, to name calling, to intimidating the victims or worse.

Those are actions that directly affected those women. And those actions were the result of Bill and Hillary Clinton. Not Donald Trump.

All the people on the left are quick to say well the words encourage rape to take place, but really I think it is the fact that so many rapists get away with the attack and the victims aren’t believed and are readily called liars and sluts are what encourages rape.

Now I am not saying that words don’t contribute to rape, but if the actions were taken far more seriously and rape victims are believed, like Hillary said until she was forced to backtrack when Juanita Broaddrick came at her, then rape would fall and victims wouldn’t feel scared to say anything.

Though as the Democrats are running away with Trump’s comments saying the words are vulgar and show how he treats women and how stupid Trump backers are, I am forced to turn to some people that I know who have been sexually assaulted and ask if they agree with the logic that Trump’s words are more important than Clinton’s rape.

They said that it would be easier to defend themselves if they would have only heard their attackers saying the vulgar things because then they can try to discredit them anyway how. And soon enough it would most likely be a thing of the past, something that they never will remember or dwell on. But their sexual assault will.

That is the only time when words matter. When words become actions and are used to attack the ones who are already the victims.