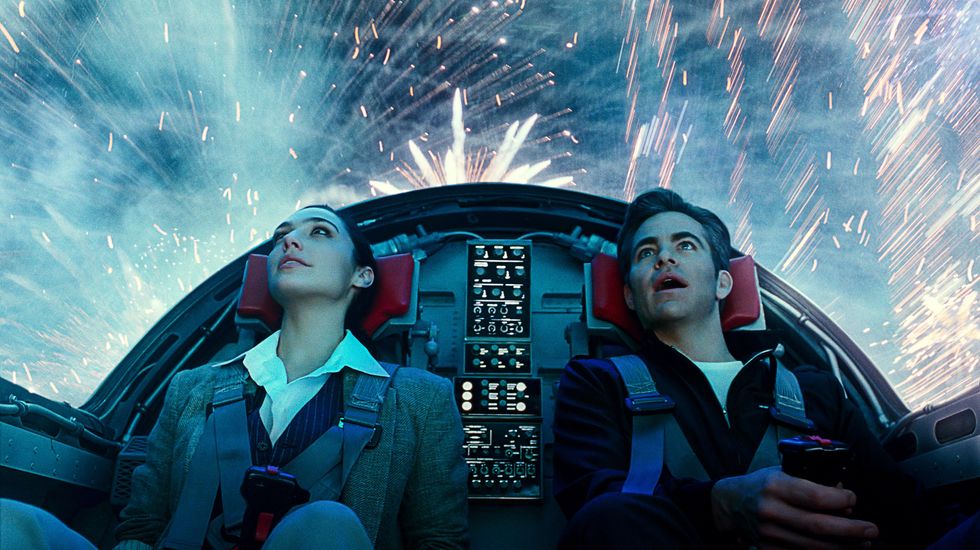 In some ways, Diana Prince isn't the same innocent, sheltered Amazonian warrior she was in 2017's "Wonder Woman," which took place during World War I.

"Wonder Woman 1984" takes viewers on a nostalgia trip back to the 80's. By this time, the heroine has gotten used to this world's strange customs. She's an antiques curator at the Smithsonian Museum with vast knowledge of art history and the college degrees to prove her intelligence. But when there is danger, Wonder Woman still has the time to save people in need.

After a fateful mall robbery brings a mysterious wishing stone into the Smithsonian's possession, a TV-famous, phony businessman named Max Lord (Pedro Pascal) will do everything he can to obtain the stone from the museum.

If it wasn't already obvious from the trailer, Trevor does come back in a magical way. Through photos in her apartment and her solo nights out for dinner, viewers can see Diana still longs for Steve. Now that she has the chance to get him back, it leads her down a path that forces her to see truth and question her desires which adds another great layer to Diana's complex character.

Writers of the sequel put all their good character development ideas into the film's leading lady, but the same can't be said for the villains' motivations and stories.

Maxwell Lord has a young son, so in the beginning it seems his motivation is to make him proud of his father, who leads a failing oil company. But in the second half of the movie, the stakes are raised extremely high as Lord realizes the stone's powers and the effect it's having on his life. His only motivation now seems to be a desire to have more power and more influence; his original goal is lost by greed.

For Minerva (who eventually becomes Cheetah), she wanted to be like Diana: sexy, smart, friendly and special. But little did she know a wish would make her just like Diana, super strength and all. Her newfound physical abilities make her realize she can abuse her oppressors.

In theory, these developments can make sense when talked out, but it feels lazy. Both Lord's and Minerva's motivations were more interesting than their greedy desires in the last half of the movie. There is potential, but because this film is about "another couple of villains who wanted more," the last half feels like a slog.

The colorful costume design and set production brings audiences on a trip down memory lane, but at times it's easy to forget that the film takes place in 1984 until someone shows up with a fanny pack or works on their early computer model. When compared to the first film, it feels like the setting is so integral to the plot. But in "1984," it just feels like a marketing grab appealing to viewers who want to watch a nostalgia trip.

The film continues to deliver cheap shots that undermine the audience through inconsistent CGI quality and unnecessary scenes, but in the end it has an impact on addressing lessons in hope, truth and inspiration that "Wonder Woman" is known for.

Even if the message isn't as strong in the sequel, viewers still get a tiny satisfying taste (thanks to a handful of emotional scenes) in "1984."