The woman behind glucose metabolism 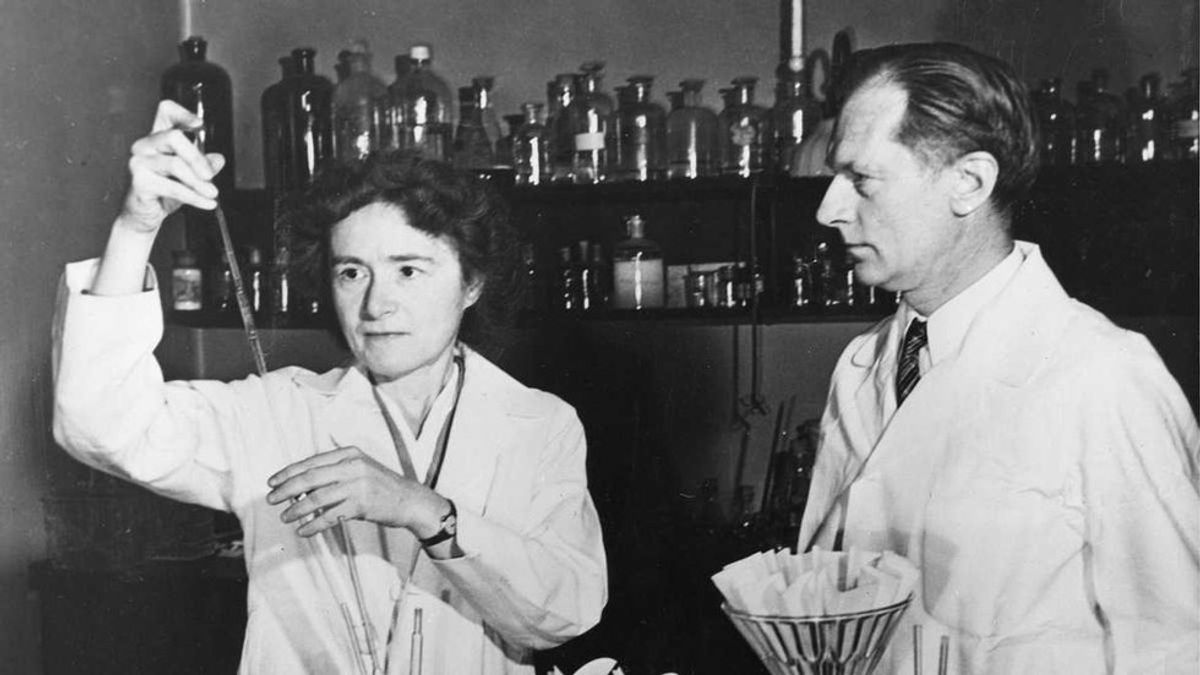 In honor of Women’s History Month, I have been highlighting significant women in the field of science and medicine. So far I have featured Henrietta Lacks and Rosalind Franklin, but now I’d like to talk about a woman whose fame has largely gone unnoticed. Unless you've take an advanced biochemistry course, you've probably never even heard of her.

Gerty Cori grew up in Prague, Czechoslovakia in the early 1900s. She was one of the only females in her medical school class at the University of Prague, graduating in 1920. It was in medical school that she met her future husband, Carl Cori. After marrying and working together in several clinics, they decided to move to the United States to avoid inevitable war in Europe. The pair moved to Buffalo, NY where Carl was hired as a researcher and Gerty was only given the title of his “assistant”. Sometimes the institution in Buffalo refused to recognize her achievements after publishing several papers, even leaving her name off of the lab's official stationary.

The two worked together to uncover how glucose is metabolized in the body, ignoring people above them who didn’t approve of a husband and wife working together. When publishing over fifty joint papers in Buffalo, the two decided that whoever contributed the most work to a paper would be first author. In addition, Gerty Cori authored over 10 individual papers there.

It was in Buffalo that their most famous scientific contribution was made. Named after its founders, the Cori Cycle describes the conversion between pyruvate and lactate and the liver and muscle (see below). Those who are not familiar with biology can recognize this process as the cramping that sometimes occurs during and after a workout.

The Coris wanted to move to a different research facility that specialized in their interests in glucose metabolism. Even though they had just published the revolutionary cycle, many places would only offer Carl a job. They thought that Gerty was a hindrance to his success as a scientist. Finally, the couple moved to St. Louis where Carl was given a research position at Washington University School of Medicine. Again, Gerty was only offered a job as a research assistant. She worked diligently in this demeaning position for sixteen years, until Carl became head of the biochemistry department and promoted her to full professor.

Just one year later, in 1947, Gerty and Carl Cori together won the Nobel Prize in Physiology or Medicine for discovering enzymes that convert between glucose and glycogen (the form of glucose that is stored for later use). The Coris also investigated the interaction between the pituitary gland and metabolism. The pair won numerous awards on top of their Nobel Prize.

Gerty Cori is a great example of a woman who didn’t let sexism deter her from her career goals. She persevered when others tried to degrade her intelligence and potential as a scientist, even accepting a lower position so she could continue doing what she loved. Further, the Coris are the perfect example of how a married pair should work to elevate each other’s goals. Carl never let his own job offers overrule Gerty’s desires, turning down any research institute who wouldn’t make room for her, too. Even though two semesters of biochemistry have left me cringing at the words "Cori Cycle," I can't deny that Gerty Cori was instrumental in our current understanding of how the body uses energy, and she deserves a lot more credit than she gets. I'll leave this post with a quote from Gerty Cori that I think embodies female empowerment in the sciences:

“For a research worker the unforgotten moments of his life are those rare ones which come after years of plodding work, when the veil over natures secret seems suddenly to lift & when what was dark & chaotic appears in a clear & beautiful light & pattern.”

Kassie Hsu
Baylor University
4074
Panda Whale
Here are 100 things I'd rather to than study. I know the semester just started, but
Featured