Women In The Bible: Rachel And Leah
Odyssey

Women In The Bible: Rachel And Leah

Two women with a lives of sorrow and envy 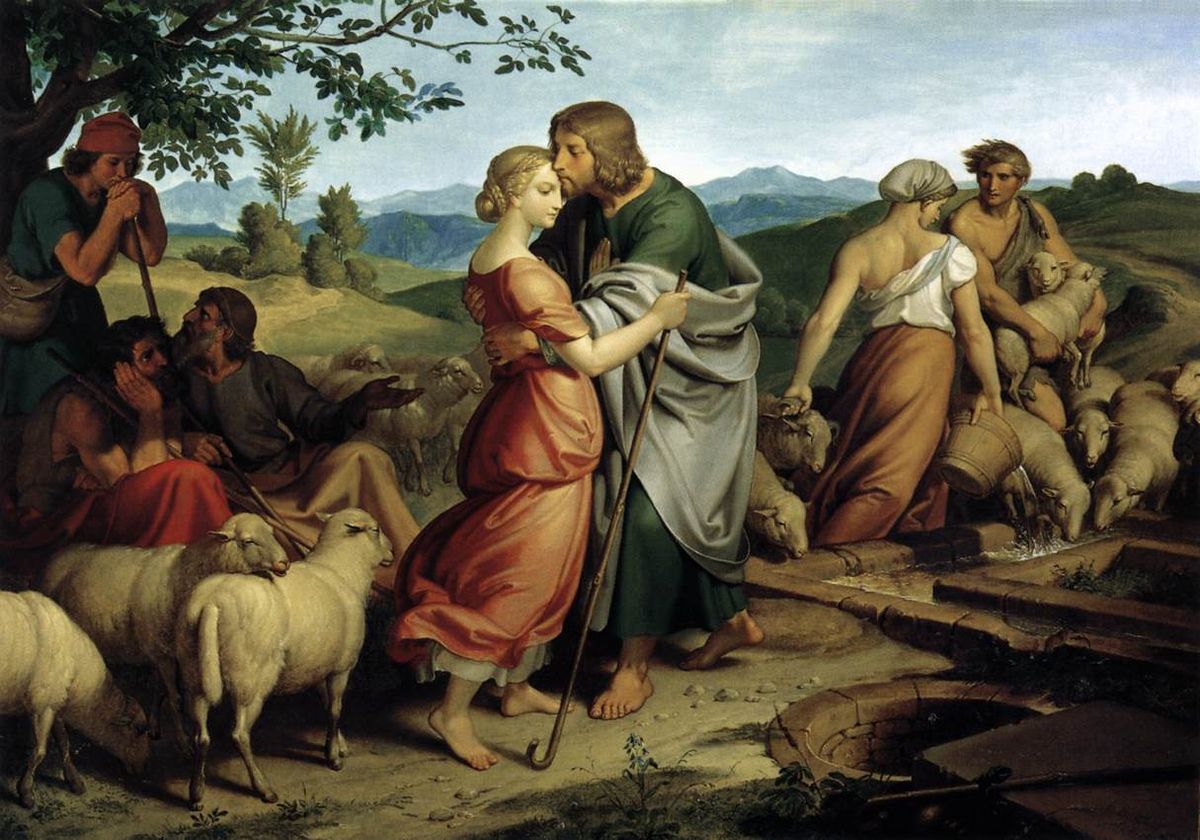 Who were Rachel and Leah

Issac told Jacob to go to his mother's (Rebekah) father's house Paddan Aram and marry one of her brother's (Laban) daughters so that God would continue his covenant promise that started with Abraham. He desired to marry Rachel, a beautiful shepherdess and arrived while she tended the sheep (Gen. 29:9 and 17). She alerted her father, Laban, about Jacob's arrival. Jacob offered Laban seven years of work in exchange for his daughter, and Laban accepted. However, he told Jacob that it was custom for the older daughter to marry someone first and that he had to work another seven years for Rachel. As a result, Jacob married Leah, the older and less pretty daughter, first .

What did Rachel and Leah do?

The Lord blessed Leah with children because he saw that Jacob didn't love her in the same way as Rachel (Gen. 29:31-32). She named her first son Reuben (behold, a son) because the Lord saw her misery and named her second son Simeon (God is listening) because the Lord heard she was not loved. Leah felt like she would win favor with Jacob again because she conceived a third son named this child Levi (joined). She thanked the Lord once again and named her fourth son Judah (praise the Lord). Leah stopped having children and told Jacob to have more children with her servant, Zilpah. Zilpah bore two children, whom Leah named Gad (good fortune) and Asher (happy) because she believed God blessed her and that other women would call her happy.

Rachel could not bear children, so she became jealous of her sister (Gen. 30:1). She told her slave, Bilah, to give Jacob a family. Bilah bore a son and Rachel named him Dan (he judged) because God vindicated her (30:6). Bilah bore a second son and Rachel named him Naphtali (my struggle) because she wrestled with her sister and won. God eventually allowed Rachel to bear children and she named her son Joseph (he will add) because she hoped God would give her more children. However, she died giving birth to this son, Ben-Oni (son of sorrow). Jacob renamed him Benjamin after her death (son of the right hand).

Rachel and Leah later asked Jacob if they still had any share in their father's estate after an angel told Jacob to go back to his native land (Gen. 31:11-13). They believed that God took wealth away from their father and that this wealth belonged to them and their children (31:16). Rachel also stole her father's idols when he went to shear his sheep and put them in her saddle (31:19 and 34).

Why their story matters

Even though Jacob followed God, Rachel committed idolatry because it became a tradition in her family. Her attachment to idols conveys the influence of foreigners and prevalence of idol worship throughout the Old Testament. This idol worship later plagued the Israelites throughout their journey in the wilderness.

Rachel and Leah both suffered from envy. Rachel couldn't have children like her sister and Leah yearned for Jacob's love. As a result, they both became bitter and unhappy. In addition, a rivalry developed between them over who could have the most children. This tension later drove Rachel to her death and the name she picked for her son (son of Sorrow) conveys both her lack of faith in the Lord and the grief she carried. Unaddressed sadness can lead to ungratefulness and doubt in the Lord's power.

Jacob also worked 14 years for Rachel and she didn't honor his sacrifice for her hand in marriage. Instead of respecting her husband, she focused on herself and her own struggles. Unlike Rachel, Leah at least thanked God for the gifts he gave her and knew he answered her prayers. Even though Leah had her fair share of disappointment, she still felt more joy than Rachel and faithfully followed the Lord.

Rachel's sorrow is mentioned in Jeremiah 31:15 and that same prophecy appears in Matthew 2:18. Her tomb was also often used as a landmark (1 Samuel 10:2). Understanding Rachel's pain and where Jacob buried here provides context for these key passages. In this verse, Jeremiah predicted Herod's slaughter of all males under two years old in Bethlehem. Rama was a small town where the tribe of Benjamin resided, so Jeremiah uses figurative language in this passage to illustrate how the mother of Israel weeps over her children.