There Isn't An All-Knowing God, But I Really Do Wish There Was

There Isn't An All-Knowing God, But I Really Do Wish There Was

I look for an explanation every day, but I really doubt I'll ever find one. 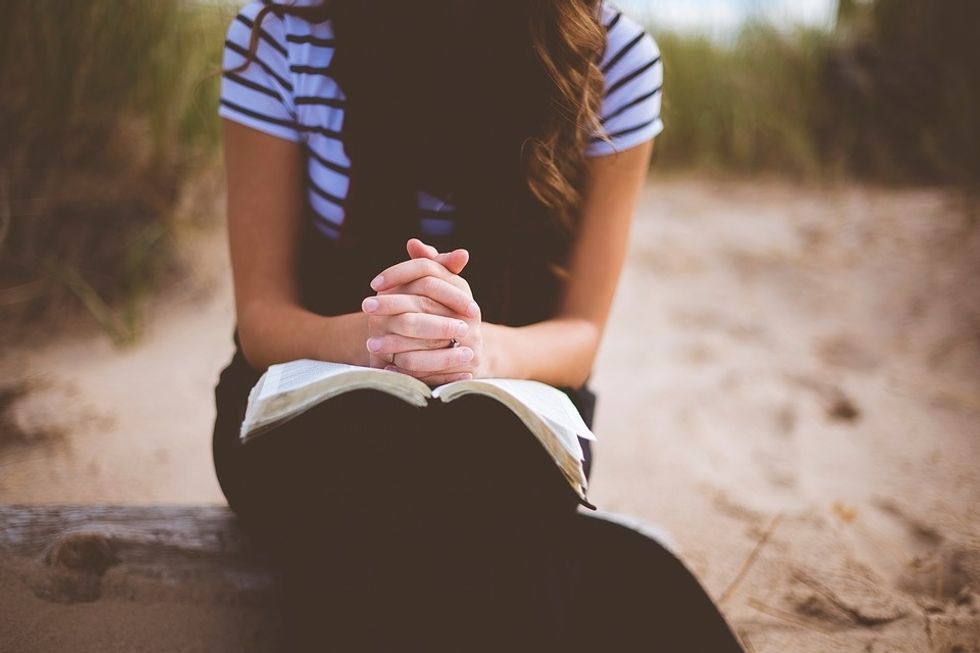 I grew up in a town that is less than two square miles, yet had five churches. Everyone I knew had grown up in at least a semi-religious/Christian household and went to church at least on the holidays.

I myself, have only been to church seven times in my life, five of those being on one weekend when I went to a church camp with my very religious best friends. My mother didn't (and still doesn't) believe, and my father considers himself to be agnostic.

As a result of being raised in a non-religious household and reading the Bible from that perspective, led me to become what is known as a narrow and passive atheist.

I do not believe that there is an all-knowing, all-good and all-powerful God, but I accept that others do believe this and I never make any attempt to convert others.

By knowing so many religious people, having them play major roles in my life and having some even be mentors, I've come to understand religion, Christianity and Catholicism in particular. I've had concepts explained to me and questions answered.

I've observed those in crisis, and how they use their beliefs to not only guide them but to uplift their spirits and calm their fears.

I wish I was religious.

I'd like to know that everything is meant to be and has a purpose, even if we may not understand it. I want to believe that marriage lasts forever and that it is an unbreakable bond between two that are in love.

I want to see everyone around me as my brothers and sisters, and to think that praying for someone will actually benefit them.

And I bet you're probably thinking, well hey, I've got an idea for you. Go to church and start believing! Hopefully, you hear how ridiculous that sounds.

I wish I knew that behind all evil in this world there was a fallen angel, who was simply misunderstood. I wish I believed that all of the hatred and evil were simply his revenge on mankind.

I look for an explanation every day, but I really doubt I'll ever find one.

I wish I was religious so that I could make sense of this huge, dark world that I am living in, but to also have someone to thank for all that is beautiful in this world and to know that someone gave me the blessings that I have in life.