Why I Will Never Buy Kylie Cosmetics
Odyssey

Why I Will Never Buy Kylie Cosmetics

It's the age of celebrity, but I'm not buying it. 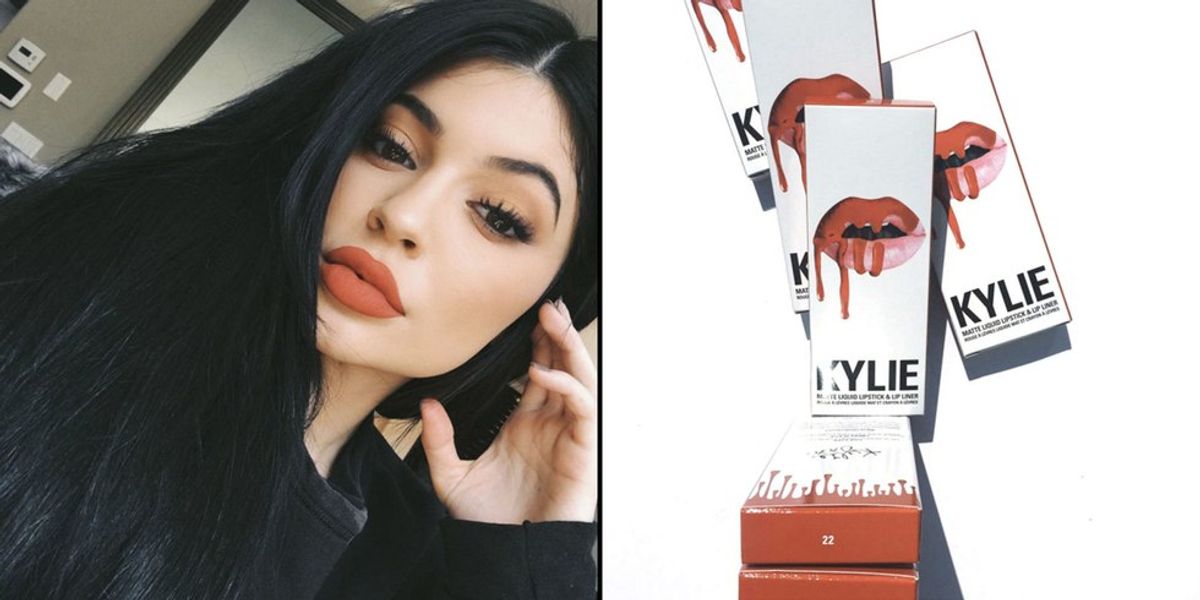 In 2015, Kylie Jenner's lips became a hot topic in pop culture. Youtubers, young kids and maybe a few careless adults participated in the Kylie Jenner Lip Challenge. After she finally admitted to getting lip fillers, later in the year Kylie used the exposure she got from the challenge, the speculation and just being from the same womb as the Kardashians as a stepping stone for her own makeup brand. Kylie Cosmetics was birthed with the first lip kit, costing a reasonable 29 dollars for a liquid lipstick and lip liner. She became richer than she already was, and now has a whole line of different makeup types. She is swimming in money made from promising anyone who will pay for her products that it will be worth the price tag.

The real problem is that it isn't.

So, you might be asking yourself why I'm planning to never support Kylie Jenner in her endeavor to make mediocre makeup products at prestigious name brand prices. You might say that she has created a business opportunity through the scrutiny she was under for her lips. You would be right on that end, she did do such a thing. But, that doesn't mean that she can slip up on the quality of her products. Kylie's products are made as a sister company of the much cheaper brand ColourPop. It's not just that they are cheaper, but all of the ingredients are the same. So, for the price of a Kylie Lip Kit you can get approximately 3 lippies and matching liners at ColourPop.

If the same shade of items are cheaper at ColourPop, why do people pay for the brand that is nearly triple the price? Well, that's the larger reason of why I do not support Kylie Cosmetics. As a direct member of the Kardashian family, Kylie has always been and will always been famous for being famous. It's a real chicken or the egg scenario, and while she has entrepreneurial potential, nothing about her makeup line has shown that she can actually handle creating a brand from scratch. There are things about her brand she promises she will fix but never does.

Her restocks for example, are a complete joke. The reason that her products sell out is not because they are in extremely high demand, but because she doesn't know how to handle the actual demand they are in. Putting all personal aspects aside, Jeffree Star is known for selling out of his popular lipsticks quickly too. BUT, recently his site has reworked to accommodate bigger orders and the higher demand. That is how business is supposed to work. Kylie Cosmetics takes pride in 30 second sell outs because they see it is as a sign of good business, not bad planning.

Kylie has promised in the past that the restock of her product would be "the biggest ever" and it wouldn't sell out for weeks, but we all know every product of her brand sells out in around an hour. The increase in manufacturing only ruined the product further as people started to complain that they were missing lip pencils out of the purchase. (Hello Kylie, that's 50% of the product!)

The biggest reason though, is the mediocrity of the product overall. There's nothing special about a Kylie lip kit, nothing unique that you can't get for cheaper and maybe even better.

At least equally big brands like Kat Von D, Smashbox and Jeffree Star all have something original to show for their brands whether it be longer lasting than others, partnerships with Youtubers or even just having decent smells to certain shades. The Kylie Cosmetic shades are a 100% match to other brands and you can even DIY with some eyeshadow for most of her metallics, without the chunky consistency or sheer coverage that a lot of customers complain of. What you are essentially buying when you buy Kylie Cosmetics is the name, and a stake in Kylie's six million dollar mansion.

So, even though I do commend Kylie in taking a bad situation where everyone was gossiping about her lip fillers and turning it into a full business, there are things I just can't overlook in the way she runs said business and where the money goes. I rather buy from smaller companies or companies that have more originality to offer to their products because no business, especially one with celebrity status, should ever have so many complaints about their individual products or such poor service.

Have you ever bought a Kylie lipkit? What was your experience?