Why People Need To Stop Joking About Taylor Swift's "Next Breakup Song"
Odyssey
CurrentlySwoonLifestyleHealth & WellnessStudent LifeContent InspirationEntertainmentPolitics and ActivismSportsAdulting
About usAdvertiseTermsPrivacyDMCAContact us
® 2023 ODYSSEY
Welcome back
Sign in to comment to your favorite stories, participate in your community and interact with your friends
or
LOG IN WITH FACEBOOK
No account? Create one
Start writing a post
Relationships

It's time to address the sexist double standards that exist in the songwriting industry. 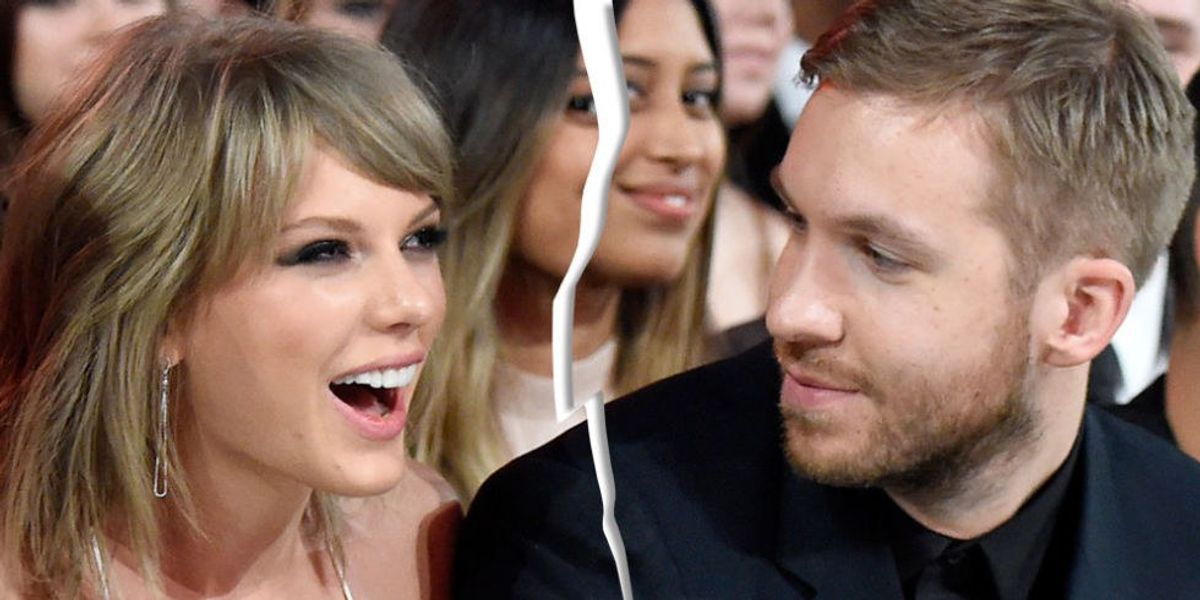 Since the news broke last week that Taylor Swift and Calvin Harris had split up after 16 months of dating, social media and major celebrity news outlets have been taking it upon themselves to make a million iterations of the same bad, predictable joke: “Oh, here comes another breakup song!”

Now, if you even just existed in the year 2013, you’d remember that it was heavily inundated with media scrutiny of Taylor’s past and current relationships—namely, the sexist stereotype of her as the “clingy, insane, desperate girlfriend” who serial-dates and then bashes her “long list of ex-lovers” by writing songs about them. Thankfully, a lot of these criticisms have died down in the last few years—only to start up again recently with last week’s news of the couple’s breakup. Just take a look at Twitter or any other social media site, and you’re guaranteed to see some age-old variation of the ignorant sentiment, “Watch out, Taylor Swift is going to write an entire album about another ex-boyfriend now!” littering the comments section.

It's not that it's not understandable that the subject of Taylor’s music would come to mind at a time like this. After all, some of her best works have been the product of post-breakup emotions. It’s just that when you take the end of a beautiful, special relationship like this one and then choose to focus solely on how a female songwriter will somehow exploit and profit from it—as if Taylor Swift is the only artist to ever write songs about exes and past relationships—it essentially perpetuates the idea that it’s somehow acceptable to tear down women for daring to express their emotions through music and write songs about love and heartbreak (which, by the way, all songwriters and artists do—and have done since the beginning of time).

Frankly, it calls attention to a majorly problematic double standard that exists in the songwriting and music industry. While men who sing about their heartbreaks are often seen as endearing and lovable, women who write songs about their exes are often slut-shamed and labeled as whiny, clingy, and “too emotional.” Even Taylor herself has spoken about the double standard in interviews, calling it a “sexist angle to take” when male artists like Ed Sheeran and Bruno Mars do the exact same thing—“write songs about their exes, their current girlfriends, their love lives”—yet, seemingly, “no one raises a red flag there.”

Indeed, these responses raise an interesting question. Would Taylor Swift still receive the same degree of public criticism if she were a male artist? There’s no certain answer, of course—but if you ask me, the fact that she’s female seems to play a lot into the public image that people have of her as a “slutty” serial-dater who “can’t ever seem to keep a man” and “only writes songs about ex-boyfriends.” Yes, she writes songs about her exes. She has embraced that—even joked about it. But so does every artist on the globe, whether they're musicians or writers or filmmakers—they all take inspiration and insight from personal experiences in relationships. Frankly, that's what a major part of art is—finding inspiration from your subjective reality, your most intimate expressions and emotions, and turning it into a physical creation.

In the end, what it boils down to is this: reducing Taylor Swift’s breakups to fodder for her next album is simply not OK. Any comment that attempts to shame her—or any other female artist—for writing songs about her past relationships minimizes her work in a way that male artists’ work would never be minimized, and ultimately reduces the complexity and beauty of her craft in a very sexist way. The truth is that the very heart of her music lies in what she is constantly slammed for by the media: sharing personal accounts of her life—from what happens in her romantic relationships to her most profound experiences of fame and growing up—and turning it into something deeply intimate and universally accessible.

Perhaps the saddest part out of all this? Despite her unsurmountable amount of success, and despite the high degree of artistic integrity in all her music, Taylor Swift has spent much of her career being mainly recognized not for her musical talent, but for whatever guy she’s currently dating—her fame distilled into what Taylor herself has called “my incredibly sexist Men-of-Taylor-Swift slideshows.”

So rather than constantly turning Taylor Swift and her love life into punchlines and running jokes, what we should really be doing instead—regardless of whether her music is your cup of tea—is admiring something groundbreaking and noteworthy. We should be celebrating a woman who, by openly and unashamedly expressing her emotions—and thus creating something beautiful and extraordinary from her most intimate personal experiences—empowers herself and millions around the world who listen to her music.