What I Learned From My Mom's Encounter With Discrimination

What I Learned From My Mom's Encounter With Discrimination

The reality is that prejudice will always be an issue, not just in the United States, but in all parts of the world. 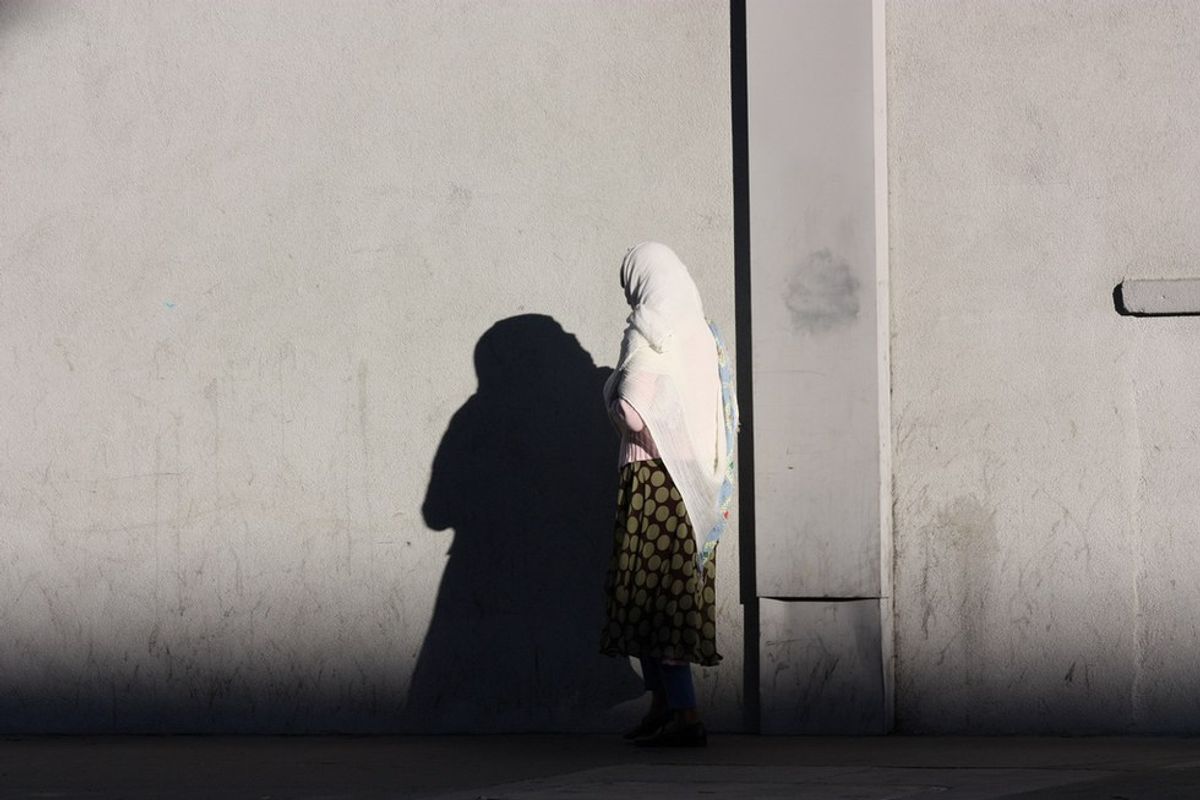 I couldn't believe what had just happened.

Wait, let me rephrase that. I didn't want to believe what had just happened. Here, in the middle of Oak Tree Road, a hub of Indian activity, a white man in a pick-up truck had just drove by and shouted "Happy Halloween!" to my mom, who had been wearing her religious garb. I knew sticking my middle finger up wouldn't solve anything, but it was my first impulse, triggered by anger and spite. I knew there were still ignorant, prejudiced people out there, I just didn't know why. And when you or your loved ones are directly targeted by someone's bigoted views, the issue becomes all the more real and personal.

As a Muslim living in America, I have thankfully never been treated differently by my peers. I've never been the brunt of cruel japes, or been suddenly attacked due to my religious beliefs. The individuals I surround myself with are open-minded, accepting, and understand that the actions and thoughts of a few don't taint the rest of an ethnic or religious group. They have enough sense not to label Muslims as terrorists, and African Americans as criminals.

Until the incident with my mom, I hadn't experienced the effects of prejudice, either directly or through someone I knew. My "worst" encounter with harassment occurred during 3rd grade, when I was teased for having large glasses at a sports camp. It seems so trivial now, and because of this, I wrongly remained aloof from the detrimental nature of prejudice. The "if I'm not personally affected, why should I care" mentality is as dangerous as it is selfish. By not becoming aware of what's happening to others, and passively allowing such hateful attitudes to affect the lives of so many, only adds fuel to the fire.

This is not to say I am innocent of making snap judgments about people I glance at on the street. If it's dark out and I'm walking alone in a residential neighborhood, I would unconsciously be wary of seeing an African American male striding towards me. I don't know anything about this man, and yet my heart skips a beat and I'm painfully aware that I am by myself. Why? Why is this still such a pervasive issue? Perhaps it's because I have grown up with the social stereotype that African Americans have aggressive tendencies. Perhaps it's been ingrained in my psyche, to the point where that's the first thought that flashes through my mind. At the end of the day, they're all just excuses for constructing a negative first impression of a person.

I understand the need to be cautious. I understand that there are those who have violent intentions. Safety is of the utmost importance, and so I agree that sometimes, airport checks need to be more severe, and screening protocols more thorough. And believe me, I know how difficult it is to not immediately jump to conclusions solely based on a person's appearance. What I struggle to comprehend, however, is how people stick to their narrow-minded views even after getting to know someone. They refuse to accept the person for who they are, and instead fixate on their preconceived notions of the individual. We may not be able to control the surfacing of prejudiced thoughts due to societal influences, but we can definitely look past those thoughts and get to know people through an unbiased lens.

The reality is that prejudice will always be an issue, not just in the United States, but in all parts of the world. It has plagued us in the past, and it will continue to do so in the future. It therefore becomes our responsibility to be aware of this, and to actively prevent anyone from being subjected to such negative treatment.

Because what happened to my mom will never happen again under my watch.

Madison Franz
The Narrative
1115756
Photo by Brooke Cagle on Unsplash

Madison Franz
The Narrative
653484
Photo by Manny Moreno on Unsplash