Why I decided to double major

Why I decided to double major

Such a good decision! 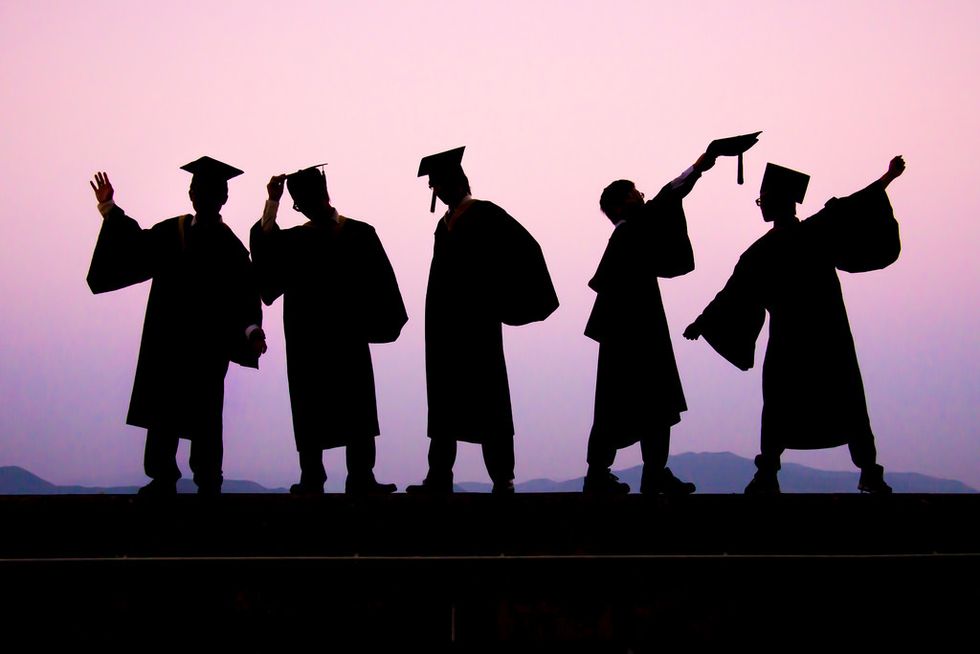 When I was in elementary school, I knew I wanted to be a dancer. I used to love to dance when I was little. When I started band in the fourth grade I knew I wanted to be a musician. As my writing grew stronger in school and always saw my grades on papers were significantly higher than my grades on tests, I knew I wanted to be an author. When I got to high school, I found an interest in psychology. I always thought it was interesting to see how the brain works and to learn about mental health disorders. By my junior year of high school, I was more than sure that psychology was my calling. I had done way too many college visits that year and found a bunch of schools with strong psychology programs.

My senior year of high school, I found myself getting into intro to psychology. The class was interesting, but it was also extremely challenging and I couldn't keep up. It was so much information and I just couldn't remember it all. I put all of my blood sweat and tears into that class when I had other classes like statistics to worry about. I just couldn't do it.

Skip ahead two years. I am now going into my junior year of college as a double major in Communication and Media and Criminal Justice. You're probably wondering how I went from dance, to music, to journalism, to psychology, to communications and criminal justice.

Starting in my junior year of high school, I ran the main Twitter fan page for the Pretty Little Liars Aftershow on the Stream tv, which is a channel on YouTube. After only a few episodes in, I made that account. I got follows back from all of the hosts, a lot of the other fans and even one of the actors on Pretty Little Liars. I would talk to the hosts as if I've known them my whole life. I would host chats on Twitter after a new episode of Pretty Little Liars aired. I also put together two projects for the hosts. The first one was a video with all of us fans thanking them for everything. The second was actually an Odyssey article that was featured on the very last episode of the show. Now that the show has ended, I still have the account and am already thinking of things to do when the Pretty Little Liars Spin-off is released in 2019. My account today has over 2500 followers.

I did all of this not even knowing what I was doing. I didn't even know that I could do that type of thing for the rest of my life and get paid for it. I was having fun while doing it and realized that maybe communications was the right fit for me. I would learn more about social media and also learn about other parts of communications.

How I decided to double major in Criminal Justice is a little bit harder to explain. In my senior year of high school, I took forensics science. Forensics was a very interesting and a very fun class. Although I was never any good in science or had any interest in it really, this class did spark my interest. When I got to college, I took intro to Criminal Justice as a freshman. I wanted to take an actual non science criminal justice class to see how I would like it. The class itself wasn't hard, but it was a lot of work. It wasn't until the semester after that I decided to declare a criminal justice minor. I also joined the Organization of Justice Studies at my school. In my sophomore year of college, I took Ethics in Criminal Justice, Policing Practice, Criminal Evidence and Law and Justice.

I had it all planned out. After these criminal justice classes, I would be done with the minor and I would be able to finish up my communications classes my junior year and graduate a whole year early. That was my plan, well until last April.

Last April, I went to Washington DC with other members of the Organization of Justice Studies. We visited the FBI academy and the Secret Service. Both facilities were so great and it seemed like they had a lot of job opportunities as well as internship opportunities. The Secret Service also had a position called a social media expert, which combined Communications and Criminal Justice.

In my Criminal Evidence class the next day, I told my professor that I was adding the major. He was so happy for me and told me that I made a great decision and also said he thinks I could go far in my career, no matter if I go down the Criminal Justice route, Communications route, or find a job that combines both.

I called my parents and told them too and they were happy as well. I was actually heading down to declare the second major as I was talking to them.

Looking back, I went from so many different career paths. Four years ago, I wouldn't have thought I would be studying communications and criminal justice. I have such love for both of those programs and wouldn't want to trade them for anything.

Yes I am staying another year at my four year school, but I think in two years, it will be worth it.