Why I am skeptical of news

Why I Have Grown Weary Of News

More specifically, news from all sides. 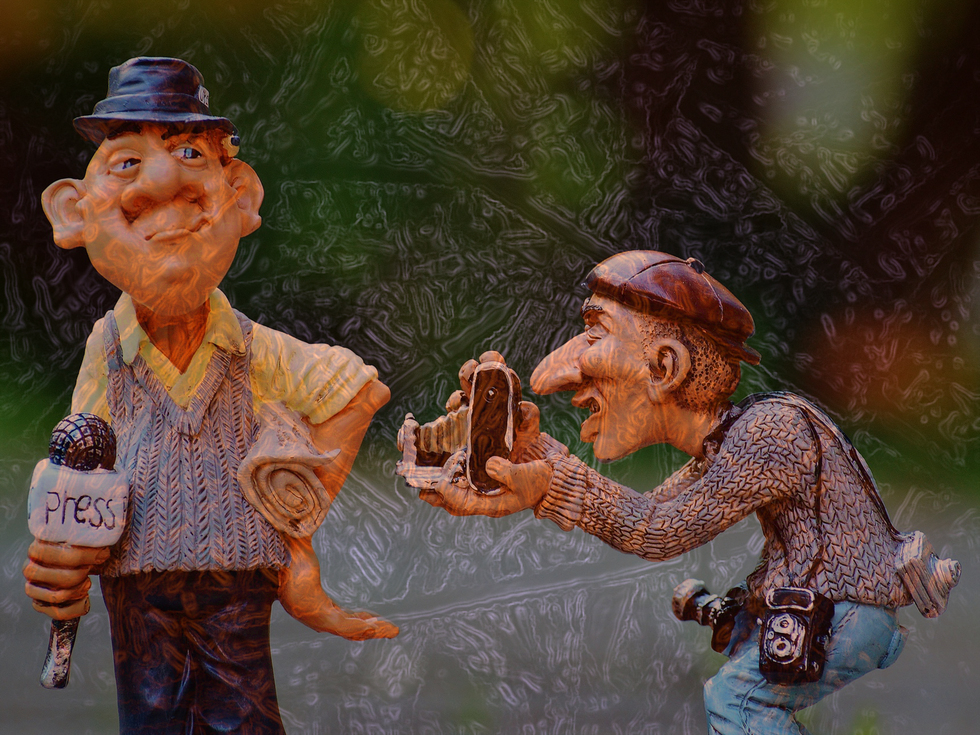 Simply put, the news media has the power to turn entire demographics of people from ordinary citizens with wants and needs into cartoon characters. Who those demographics are is no matter, since anyone can be thrown to the lions for cheap entertainment to those who watch it. This is not simply about shows like "The Simpsons" or "Family Guy," because the stereotypes that are depicted in them are meant to be exaggerated and not taken seriously, whereas the stereotypes in the real-world influence the political sphere, creates the legislation, and have real-world consequences. The news media is also instrumental in deepening the division in this country by taking a small number of criminals even in an age when violent crime has declined consistently since the '90s.

Maybe it is true that a small number of people within each demographic commits the crimes that the stereotypes proport, that completely ignores how the extrapolation would apply to the majority who do not do those actions. By focusing on that minority and having them represent the majority, you are inadvertently giving that minority exponentially more power to dictate how the rest of the group should be treated. Think about it this way: you are giving them power by obsessing over them.

This type of irresponsible coverage can lead to the fear-mongering preached by demagogues in order to earn enough cheap votes to be elected into office. It is especially harmful for ethnic and religious minorities since these negative stereotypes are perpetuated not just by that coverage but also by the people who watch it. This is especially true with what has been called the Trump Effect, which was the dramatic increase of violence and verbal harassment against minorities such as Latinos and Muslims in the week following Donald Trump's victory in the 2016 Presidential Elections, in which Trump spent a large portion of it characterizing Mexican immigrants as criminals and Muslims as terrorists.

Though it is not just from one partisan view of the news that is focused on specific groups, rather the news media is an amorphous force that is willing to make all people afraid of any demographic--all for a bag full of crowns and sovereigns.

As a white man, I am basically caricatured as this uppity, Fitzgeraldian anti-hero who lives in a different reality from everyone else. As someone diagnosed with a mental illness, I am portrayed as this bloodthirsty monster (even though mentally ill people are more of a risk to themselves than to other people, but actual facts do not matter to the media machines fueled by fear and division). Those are just from the left-wing media, whereas according to right-wing media, as left-winger, I am basically this frothing-at-the-mouth communist who goes around punching people in the face. The way in which I am perceived is based on many dimensions of narrowing analysis by news corporations, so it does not matter who it is that is saying it, because they do not see me as an individual with my own problems, rather as just a ratings-booster.

I can no longer take the Young Turks or the Majority Report seriously, other than as entertainment. I do enjoy Michael Brook's voice-acting, whether it involves mocking Sebastian Gorko, Alex Jones, or Barack Obama, but I do not enjoy being told that as a white man (which he is himself) I am part of a system that is benefiting me, which completely ignores the 100+ years of institutional and cultural changes that occurred in America to make anyone who is not a white man more accepted.

These types of negative, misleading imageries can affect everyone, who then experience them in their daily lives. I have not experienced the types of treatments in an extreme level that can occur as a result from the media, though it may be because I do not deal with a lot of people. Still, that possibility does remain should I actually start dealing with more people.

As an alternative to receiving up-to-date information, I usually prefer documentary channels like VICE, which seek to get the full story that is not narrowed down. They can also use up to an hour to focus on a narrow topic whereas the news only focus on a few minutes. They also try to hear all of the sides on the same issue, such as getting both the Americans' and Kuwaitis' perspectives on the introduction of fast-food chains in Kuwait; or hearing from Romani's and non-Romani's. When the limitations on the news media create the narrowed views of demographics, the solutions are murky at best, rather the closest type of solution would be to not give it power either through social media or otherwise.