Why We All Need The Freedom Of The Press
Odyssey

Why We All Need The Freedom Of The Press

"The press was to serve the governed, not the governors." 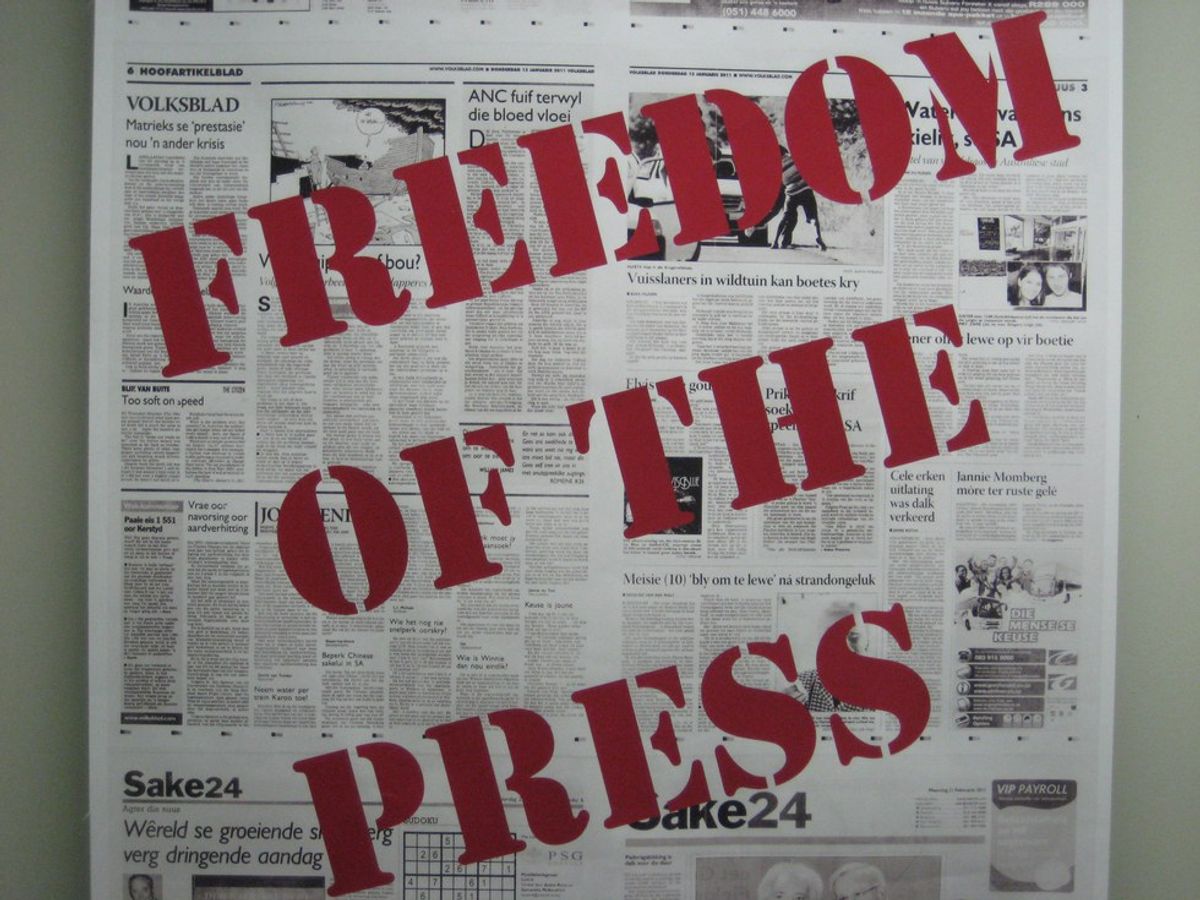 If there's anything a journalist is passionate about, it's freedom of the .

Thomas Jefferson thought it so important that he said, "The basis of our governments being the opinion of the people, the very first object should be to keep that right; and were it left to me to decide whether we should have a government without newspapers or newspapers without a government, I should not hesitate a moment to prefer the latter. But I should mean that every man should receive those papers and be capable of reading them."

So why is freedom of the press so important? During New York Times Co. v. United States, U.S. Supreme Court Justice Hugo Black said, "The press was to serve the governed, not the governors."

In a democracy, like the U.S., the people have the right to know the happenings in government. The press serves as a watchdog or the people's check on government. If there's something the people should know, you can bet that journalists will be reporting on it.

Take this past election. Plenty of dirt was dug up on both Trump and Clinton that harmed their campaign and chased away voters. It is the media's job to inform voters of this dirt.

Without freedom of press, we have no protection. For a democracy to work, the people, the ones who are deciding who to elect into offices, need to be well-informed. Press educates voters, telling them about the going-ons in government and giving updates on political candidates. In a speech delivered at the Space Coast Freethought Association's First Amendment rally in 2006, George A. Ricker said, "A free press can only exist in a free society. A free society cannot flourish without a free and independent press. Each is indispensable to the other."

The Watergate scandal is another great (and well-known) example of media keeping government in check. The Watergate scandal was uncovered by two young journalists for The Washington Post, Bob Woodward and Carl Bernstein. This was a major turning point for the field of journalism, one where America realized just how powerful the media could be, serving as not only a news outlet, but as a watchdog for the American people.

Journalism faces several threats in today' society, some being: compromised coverage, censorship and a war on whistleblowers. Sources are becoming less and less safe, and press is becoming more and more censored. "When press freedom is harmed, it is much harder to hold our government accountable when it missteps or overreaches," stated American Civil Liberties Union on their website. Luckily for us, there are several organizations committed to protecting our First Amendment right, such as Freedom of the Press Foundation, American Civil Liberties Union and Freedom House.

Freedom of the press is not just important for the media, but important for every American citizen. We should be more than grateful to live in a country where we have this right, one that so many people around the world do not. This is a freedom the American people should protect at all costs.