Why Dutch Bros Is The Ultimate King of Coffee

If you're going to spend copious amounts of money on coffee, spend it at Dutch Bros. 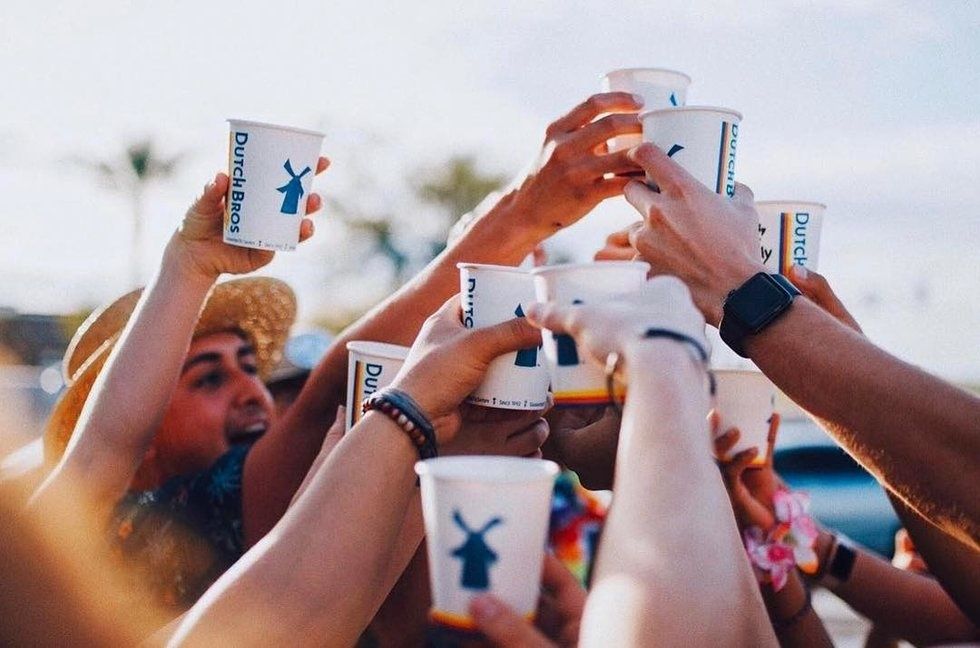 Located in the Northwest and part of the Southwest, Dutch Bros Coffee is a quickly growing chain with many devout customers. Unfortunately, unless you travel to states such as Oregon, Idaho, California, Arizona, etc., there is a good chance you will never get to partake of their elixir, as they seem to show no interest in becoming nationwide. However, for those of us blessed enough to live in this region, Dutch Bros is simply a way of life.

When I left my beloved Idaho to come to the University of Alabama, I failed to fully consider the reality of Dutch Bros impending absence in my life. I had Starbucks to hold me over, but something was missing. I then decided to try the Southern delicacy of Dunkin' Donuts and was horrified, to say the least. Severe coffee depression began to set in, and I had to discover why I loved Dutch Bros so much. What was missing? What do they have that others don't?

Dutch Bros is not simply coffee, it is an experience. In fact, it could even be argued to be a way of life, as almost everyone in my town wanted to work at Dutch their junior or senior year. Their employees learn and epitomize the "Dutch Creed," which focuses on customer service and being a friendly, happy person. Their locations are modeled after Amsterdam windmills and have a walk-up window and drive-thru. When you first pull up to the window, a young employee promptly greets you and takes your order. Their menu is copious and full of options, with choices for both the coffee lover and coffee hater. My personal favorite is a nonfat, sugar-free, Iced Caramelizer.

After placing your order, they don't just shut the glass window in your face and ignore you. They keep it open, rain or shine, and make small talk. Sometimes, it progresses too much more than small talk, and Dutch Bros has been newsworthy for running fundraisers for customers who share a severe trial they are going through. After giving you your order, they send you off with a warm goodbye, and at that point, your day is made.

Don't get me wrong, customer service cannot out-perform crappy coffee. But here's the thing… it's delicious. Their espresso is perfectly brewed, neither too bitter and strong, nor weak and watery. Their flavorings are impeccable, and as someone who is picky about sugar-free flavorings, I have always enjoyed theirs. Plus, their prices are amazing. I'm 18, I'm not rich, and Starbucks nearly has me filing bankruptcy. A 20oz. espresso drink at Dutch Bros runs about $3.50, and that's including tax. Dutch Bros quite realistically saves teenagers and young adults from financial despair. Of course, we could just stop buying single-serve espresso drinks… but who wants to do that?

In conclusion, if you're going to spend copious amounts of money on coffee, spend it at Dutch Bros. You won't regret it!

From Your Site Articles
coffee
Report this Content
This article has not been reviewed by Odyssey HQ and solely reflects the ideas and opinions of the creator.

Starbucks And Dutch Bros Can't Be Compared, Let Me Explain