Who can fill the Nathan Drake shaped void?
Odyssey

Who can fill the Nathan Drake shaped void?

"I always felt we were destined for something great." - Sam Drake 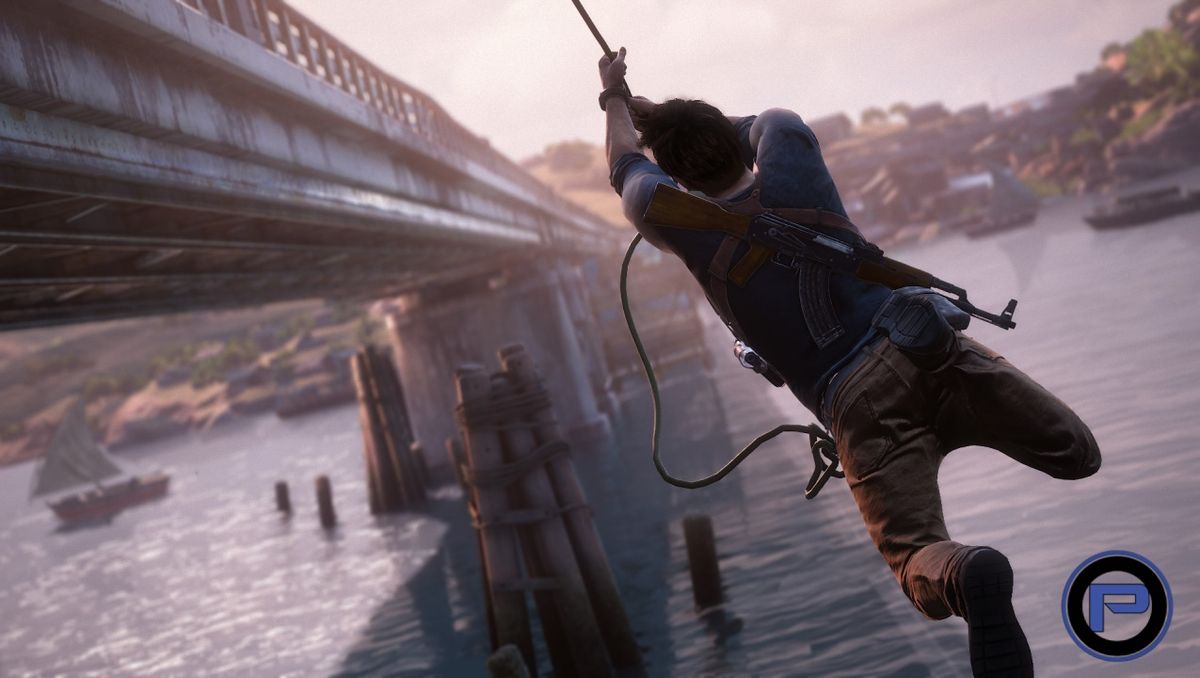 It's hard to believe that it's been two years since Nathan Drake, Elena Fisher (Drake), and Victor 'Sully' Sullivan walked into the proverbial sunset at the end of "Uncharted 4: A Thief's End." It was a fitting ending to Sony's biggest trio, though it also left many wondering what would happen to their beloved franchise.

2017's "Uncharted: The Lost Legacy" proved that there was life after Nathan Drake, pairing up fan favourite Chloe Frazer and "Uncharted 4" villain turned antihero Nadine Ross for an action-packed adventure through India, in search of the Tusk of Ganesh.

Despite it being a rather short adventure, "Lost Legacy" was a roaring success, with its female-centric take on the perils of adventuring, adding a new dimension to the well-known set pieces and gung-ho gameplay.

Whilst there has been no official talk about "Uncharted 5," after the success of "Lost Legacy," it feels like it is less a question of if and more a question of when the game will be released, be it at the end of the PS4's lifecycle or at the beginning of the PS5's.

Who the hero/heroine (or heroes/heroines) of this next adventure will remain to be seen, though that hasn't stopped fan theories and speculation.

Below is a list of possible candidates to fill the void, ranked in no particular order. As ev

Kicking off the list is the duo that proved you really can teach a Naughty Dog new tricks (Sorry for the Dad joke.) The dynamic between the pair was perfect for the tone of a series like "Uncharted," with the duo starting off as business partners, only to grow closer over the course of the journey.

"Uncharted’s" writing team knows how to do character development, with Nadine referring to Chloe as ‘Frazer’ for much of the adventure, before finally acknowledging her as ‘Chloe.’

There was no fanfare over this, it was pretty subtle in its execution.The pair could go far in terms of storytelling. Their ‘friendship’ feels like its teetering on the edge, meaning there is plenty of scope for a bit of a fallout/make up in their dynamic, whilst they both share the strong-headed, never give up attitude that we all wish we could have.

As with every "Uncharted" game, the balancing act between humour, human story and action was perfect in "Lost Legacy," and there is no doubt in my mind that lighting could strike twice or even three times with this pair at the forefront.

In short, if Chloe Frazer and Nadine Ross are set to be the new faces of the "Uncharted" series, then we as fans are in for one hell of a ride.

The worlds a pretty big place, even the world of "Uncharted." Whilst it seems easier to set us up with characters we’ve come to know and love, Sony may feel tempted to inject fresh blood into the franchise.

Exploring India and its culture as someone with attached roots was genuinely enlightening. Although "Assassin’s Creed: Origins" has already set about taking us through Egypt, there is no reason why we couldn’t be introduced to somebody who has links to Egypt, or even a character from the Nordic regions.

I would love to see an English character who isn’t the typical posh speaking villain, or a character from France who explored the catacombs of Paris in search of the Philosopher’s Stone.

There are so many treasures in the world that it would be nice to see someone new, who isn’t American, have their turn at trying to make it rich.

The wisecracking, big dreaming, older brother of Nathan Drake was a fantastic addition to the series back in 2016, and was also a welcomed surprise cameo in "Lost Legacy."

With Troy Baker as his voice actor, there is little wonder why Sam Drake was so well received, with his wit and charm breaking some of the tension in "Lost Legacy," whilst his headstrong reasoning for wanting to find Avery’s treasure in "A Thief's End" (to complete Mama Drake’s work) made him just as likeable as he is funny.

Unlike his little brother, it is hard to see Sam Drake settling down anytime soon. There is a high likelihood that Sam would team up with Victor Sullivan for what he would most likely call ‘one last job,’ but we know Sam better than that.

It would be an easier choice than starting from scratch too, with the eldest Drake brother already such a fan favourite.

Watch this space, Sam Drake might just be taking the mantle from his brother.

Having already featured on this list, I won't go into too much detail about what makes Nadine such a badass. We saw in both "A Thief's End" and "Lost Legacy" just what she can do, and I would welcome a solo adventure of the former head of Shoreline in any capacity.

We learned so much about her during the open world sections of "Lost Legacy," though her backstory had to settle with playing second fiddle to Chloe's tale of her father's quest for the Tusk of Ganesh.

Learning more about her character whilst watching her kick butt sounds like the perfect kind of game for 2019.

Likewise, a solo adventure for Chloe Frazer would provide just as much entertainment as an adventure with Nadine

Chloe is now one of the most fleshed out characters in the series, and for good reason, she’s a likable, tough, reliable character, and a stand-alone adventure would prove a real joy for players.

I think Chloe and Nadine are more likely to feature together than apart, but they are both strong enough characters to carry a story alone.

Sully seemed to have a tale to fill the downtime of every adventure back in the day. Whether it was his tale about tricking Pablo Escobar or his talk about trips with the ladies, Sully really feels like he’s seen and done it all.

Sully is a wise and learned man, so it could be interesting to see him learning the tricks of the trade, though Naughty Dog, or taking control of the project. They would have to be careful not to simply rehash Nathan Drake’s adventures.

Sully is such a fan favourite that I think you could get Richard McGonagle to read a phone book and the "Uncharted" fan base would still be hanging on his every word. After all, he’s the man that spun wisdom such as this;

“Here’s the thing, kid. We don’t get to choose how we start in this life. Real ‘greatness’ is what you do with the hand you’re dealt.”

With wisdom like that, it would be a crime not to see this man grace the "Uncharted" stage one last time.

Now, this choice potentially ruins the Nathan and Elena ending, though it is the direction I, as a huge lover of the series, would like Naughty Dog to go in. It was a great change of pace at the end of "Uncharted 4" to explore the beach as Cassie, complete with the quips that made her father so legendary.

The option of Cassie opens up the door for a brand new trilogy, with the potential of Cassie trying to get out of the shadow of her mother and father's legacy, whilst also trying to find her feet in the world.

We could see her at age eighteen learning the craft from Uncle Sam and Sully in "Uncharted 5," whilst "Uncharted 6 and 7" could be about her breaking out on her own, thus sheltering her from the same Mary Sue calls that have plagued "Star Wars'" Rey since her conception in "The Force Awakens."

Cassie Drake would provide great competition to Lara Croft, whilst also ensuring that the Drake Legacy continues long into the next decade