Which Era of Teen Shows is the Best?
Odyssey

Which Era of Teen Shows is the Best?

We all grew up with these shows, but which era is superior? 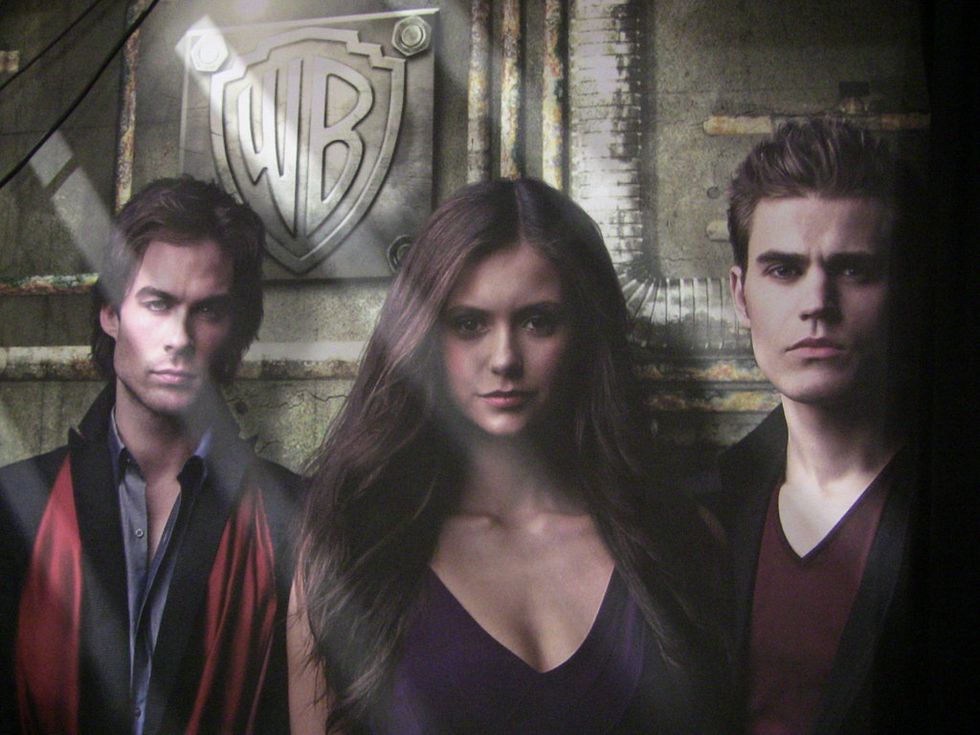 As a true television addict, I have a somewhat unhealthy obsession with teen dramas. I've seen Teen dramas ranging from the very early 2000s, all the way up to those airing now in 2020. A lot of teen drama shows aren't seen as good television or are mocked because their target audience is teenage girls, and god forbid teenage girls enjoy something of substance. While these shows certainly had their cheesy moments, many of them had a significant impact in pop culture and the society we know today. The popularity of these shows gave writers platforms to give representation to marginalized groups, create fantastical worlds for us to escape to, and influence media going forward.

I can appreciate a show from any era of television, but I recently realized that there's a lot of common trends between shows that are in the same era. To find out the best era, I've broken down the most popular shows in the last twenty years into three groups: the early 2000s, 2010s, and the present era, which takes place in the late 2010s going into 2020. Let's examine which era of teen shows was truly superior, shall we?

Early 2000s teen dramas took an interesting term. This era began with Buffy The Vampire Slayer, a show about a teenage girl who is handed the responsibility of eliminating vampires from the earth. This show was very supernatural based and relied on mythology and fantastic creatures. This show inspired a lot of themes in other supernatural shows moving forward, but surprisingly it stands alone in this era as the only show with supernatural elements. Other than the show 'Supernatural', of course, which I'm not including in any specific era since it stretches across all of them. Moving forward in this era, the most popular shows were Dawson's Creek, Gilmore Girls, the OC, and One Tree Hill. All of these shows are rooted in either a small town or city and a group of friends. They all involve scandalous romances, love triangles, heartbreak, and teen rebellion. At the end of the day, they are all holding a strong theme of community.

One Tree Hill is by far the longest-running show in this era, airing from 2003-2012. This show had a significant impact on teen dramas moving forward. All of these shows are still recognized over a decade later, and are streamed on various platforms by now-teens. These shows are the blueprint for the teen dramas going forward, they would not exist without them. I must give credit where it is due. However, does that make them the best?

As we move into the early 2010s, more shows began to take on a more supernatural theme inspired by Buffy The Vampire Slayer. The closest comparison is none other than The Vampire Diaries, which aired from 2009 to 2017. Instead of being about a teenage girl who hunts vampires, The Vampire Diaries is about a teenage girl who fell in love with them. This show was wildly successful, as the hype around Twilight was still alive when the show was in its prime. It proved to hold its own, however, in both romance and story.

Teen Wolf was also a supernatural show that took place in this era, the only one that seemed to deliberately exclude vampires from their narrative. As you could probably guess from the name, Teen Wolf was about a teenage boy who was bitten and turned into a werewolf. This MTV show was also extremely successful and garnered a loyal fan base over the years.

Gossip Girl and 90210 were shows in this era that most closely resembled the majority of shows in the early 2000s, which makes sense because they are the earliest shows in this era. These shows were both based on rich kids and their drama, and it was great. Gossip Girl made a specifically big impact in pop culture, as it was considered very scandalous at the time.

Glee also aired in this era, and is an interesting outlier. It can't really be compared to any other type of show, it stands on its own. There's no downplaying the impact this show had--it's still well known and appreciated today.

Then there's Pretty Little Liars, a show that could have easily fit into the small town teen drama format, but instead broke out of that and put a mystery spin on it. This made the show draw in a larger audience. This era seemed to die all at once in 2017, when the Holy Trinity of Teen Shows- The Vampire Diaries, Teen Wolf, and Pretty Liars- all ended at once. From 2009-2017, nearly a decade, these shows dominated teen television. All at once, they were gone, and we had to mourn.

This era is unique from its predecessor because it broke boundaries. The early 2000s era laid out the format, but with the exception of Buffy, many of the shows were too similar. This era broke out of that format and explored mythology, the supernatural, the upper-class, murder mysteries, and musical dramedies. Each and every show left a lasting impact on its audience, and without a doubt influenced the next and final era.

The present era begins with The 100, an apocalyptic show based off of a book series. The show has run for many seasons, and it is only ending this year. This show, along with The Society, are both shows that are somewhat dystopian. This is a new type of teen drama compared to the previous eras.

There are also shows such as 13 Reasons Why and Euphoria, teen shows that are similar to those done before but include the impact that social media has on teens today. Euphoria arguably does this much better than 13 Reasons Why, but there is still an attempt made. Euphoria also stands out in its ability to tackle issues such as drug use, abuse, and mental health in a realistic way. Previous teen dramas were afraid of delving into this, as they can be risky topics.

One of the most prominent teen dramas of this decade is the CW's Riverdale. Riverdale has taken an interesting turn and receives its fair share of criticism, but It is no doubt successful. The show started as a small-town show with a murder mystery twist, and has since taken many different approaches in storylines. While the show is often made fun of for some of their dialogue or cringy stories, it maintains a loyal and engaged audience.

The most recent addition to the present era is Netflix's Outerbanks. This show very much feels like one of the early 2000s era teen dramas, focusing on just that--teen drama. It focuses on a group of friends, their relationships, and their community.

The present era seems to be a sort of mix between the two era before it. While there are definitely some iconic shows here, the quality in terms of writing and characters has, for the most part, seen a decline.

So what's the best era? From my point of view, it has to be the 2010s era. Every single show in this era was a hit and had a lasting impression. They took the blueprint that the first era laid out and used it to make something better. However, this is just my perspective. It really all depends on what you look for in teen dramas. If you're one who seeks nostalgia and simplicity, you might prefer the first era. If you're younger and have more of a connection to the teens in the last era because they live in worlds closest to your own, that's okay as well. All of these eras have contributed to media and the development of teen dramas significantly, and I believe they will continue to do so.

The question, as always, is---what will happen next?