Where Will LeBron Play Next Season?

With the NBA season coming to a close, LeBron will be the biggest storyline during the offseason. 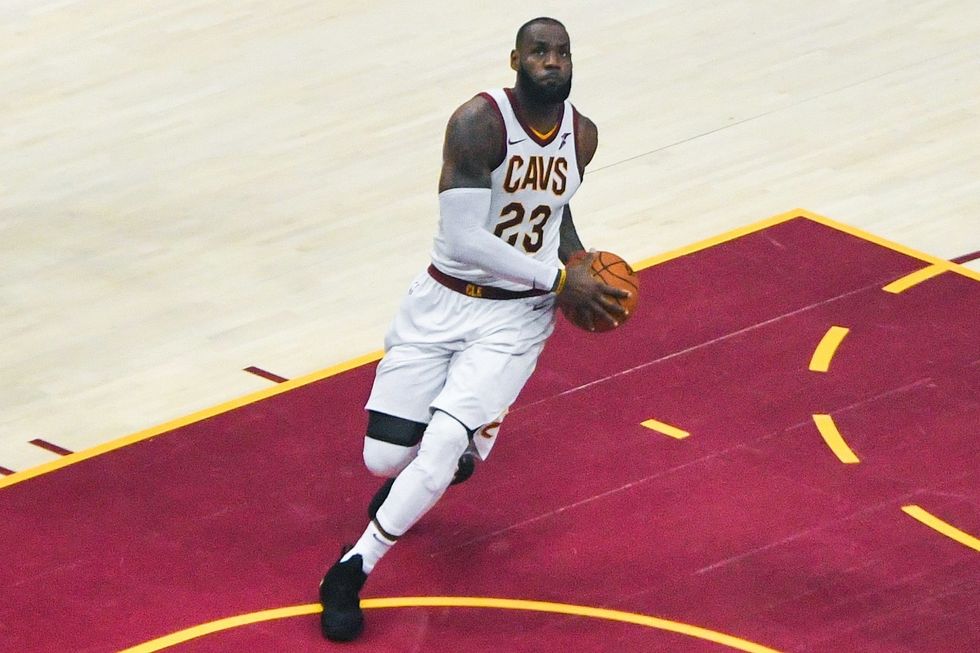 Even when the NBA Finals aren't even finished, people think it's virtually over. With the Golden State Warriors pretty much seen as a lock to win a championship for the third time in four years over the Cleveland Cavaliers, some fans are already looking into important events that will follow the series.

The most talked about topic, even while the Finals are still underway, is where LeBron James, one of the biggest names in sports, will play next year.

Here are five of some of the most talked about destinations for the superstar.

Even if LeBron loses the NBA Finals with his current team, there is still a strong chance he could come back to the team that drafted him. Growing up in Akron, Ohio, the Cavs represent LeBron's home. If his family continues to enjoy life in Cleveland, that could be a reason to stay. If LeBron stays with Cleveland, he still has Kevin Love to provide decent secondary scoring, and he has the authority to make personnel decisions within the team to maximize the organization's chances of marching back to the NBA Finals for a fifth straight season.

LeBron to the Lakers has been a talking point since the beginning of the NBA season. Los Angeles would be an interesting destination, considering LeBron has a number of businesses that he could be more easily involved with in L.A., and a move to the Lakers could help set him up for a future beyond basketball. Throughout the year, talks have also surrounded a possible arrangement in which Paul George joins James with the Lakers and makes the team relevant for the first time since Kobe Bryant was winning championships for the storied franchise. In addition, with Magic Johnson running the show as president of basketball operations, and rookies Kyle Kuzma and Lonzo Ball representing promise in "La La Land," LeBron to the Lakers doesn't seem all that bizarre. However, LeBron, George, Kuzma and Lonzo, though competitive, might not be enough to topple the Warriors in the West, or even the Rockets for the matter, and the team would surely need more pieces to put them over the top.

Does the process involve LeBron James coming to Philadelphia? With Ben Simmons and Joel Embiid lifting the 76ers to new heights this season, LeBron could really change the outlook of this young team. There have been rumors that LeBron would be content with playing off the ball next season, which is significant if he wants to play in Philly. With Simmons locked in at point guard for the team for the foreseeable future, LeBron would have to consider playing off the ball and keeping the ball in Simmons' hands in order to maximize his playmaking abilities. If Embiid and Simmons and stay healthy, they are likely to be the future superstars of the NBA. Ideally, Markelle Fultz would start an upward trajectory in his development, and JJ Reddick and Dario Saric present decent depth if LeBron were to commit to the team. Not to mention, a move to Philly would keep him in the less competitive Eastern Conference, where the Boston Celtics would appear to be the only legitimate threats to a Lebron-lead 76ers team, with Cleveland sure to spiral downward.

There have already been reports that Chris Paul, who is a very good friend of LeBron, has begun to recruit him to the Rockets to form a super team in Texas. LeBron, Harden and CP3 on the court together could give teams nightmares, and with the Rockets coming off of a season in which they finished first in the Western Conference during the regular season, LeBron could put the team over the top. Houston pushed Golden State to seven games in the Western Conference Final, leading 3-2 in the series before the Warriors won the last two games of the series. Paul hurt his hamstring in the middle of the series, and Houston couldn't do enough to offset his loss. If he was healthy, it's possible LeBron could have been facing this team in the Finals instead. With other solid players in Clint Capela, PJ Tucker, Eric Gordon and Trevor Ariza, a Houston team with King James could be lethal, but Houston may need to move some money around to make it happen.

This ones seems like the least likely scenario to me, but I have seen it come up a few times recently. The Celtics are on the rise after bowing out in seven games to LeBron's Cavs in the Eastern Conference Finals without their two biggest stars: Gordon Hayward and Kyrie Irving. These two, along with arguably one of the best coaches in the league in Brad Stevens, as well as veteran Al Horford and the development of youngsters Jayson Tatum, Jaylen Brown and Terry Rozier, give the Celtics core can match up with anyone in the NBA when healthy. However, after the rift Kyrie Irving created with himself and LeBron during the offseason last season when he publicly requested a trade to be "the man" on another team, I doubt a scenario in which Kyrie and LeBron playing with each other comes to fruition. A deal with LeBron would also lead to the Celtics having to move around some pieces, and would most likely lose Marcus Smart and possibly other key role players in this scenario.