A short day in a beautiful place left me with enough knowledge to last a lifetime. 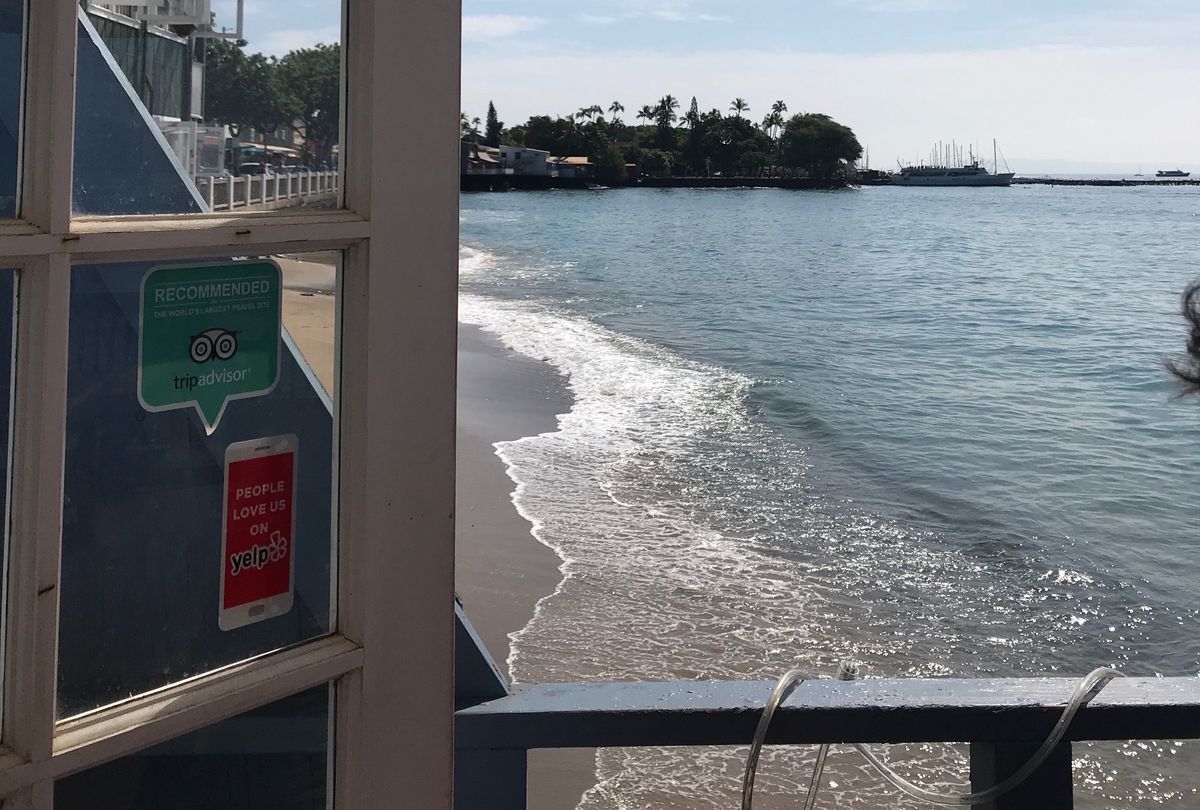 My day trip around Maui was a short adventure, to say the least, but I am happy to say I made the most out of the day. There is something special about knowing everything you see will only be for the day, so you try to soak it all in before the sun sets.

While Maui is definitely one of the more commercialized main islands of Hawaii, the busy crowds slow down once you walk two blocks out of the downtown, which is where you will find the small businesses and cafes.

As I was walking around the stores and shops, I chatted with the owners to learn a bit more about the island than what the tourist pamphlet provided.

The first store my brother and I wandered in was this place called "Going Left." Everything in the store was locally made and carefully selected by the owner. Raised on the island, the owner knew many people who were talented artists, drawing what they saw on the island as well as craftsmen who made jewelry and even designed surfboards like the ones below.

She wanted to showcase their art to the public and run her own business in the process. Can you believe she was only 25 years old?

I bought a dainty bracelet that has a bunch of seeds which look like textured beads. Every time I wear it I think of the passionate young owner.

The next place I went into was a plant shop that sat above a shaved ice place. It was more of an indoor botanical garden with a variety of saplings and starter buds of tropical fruit trees and flowers. In between the many plants were birds. Large Parrots.

The owner rescued all of the birds and kept them as her pets, except for the pot-bellied pig, that one was for sale. They all mimic sounds they hear, so whenever one parrot decides to sing along the others join in for a bird symphony. It did not really make sense, birds and plants, but for some reason, it worked.After walking down the beach, we wandered to the back of a mall and walked into what looked more like a closet than a shop. The owner appeared behind us and asked us if we were looking for sandals. The store only sold sandals, as it was his specialty.

The sandals he designs are modeled after those of Ancient Roman soldiers. The sandals were tied tightly similar to a tourniquet. It was a simple product, but you could tell the maker was skilled in shoemaking. The owner saw the importance in keeping old traditions alive. I asked him for a business card but he did not have those so he told me I could take a photo of him.

He also gave me insight as to why he moved to the island: to get away from the mainstream culture. He does not see Maui as a vacation destination, but a way to leave the everyday pressure of going to a university just to get a nine to five job until he kicks the can. He loves making sandals and going to the beach just to enjoy the atmosphere. He does not own a car or a cell phone and seems to be doing just fine. He told me to be careful and try to listen to my own gut instead of listening to society.

In just one short day, I learned from three different people what different paths they took to end up on the same small island in the middle of the Pacific. In the end, they are all doing what they love while living in a gorgeous climate, for even in the winter, the weather is warm enough to wear t-shirts and shorts. I have an appreciation for these three people for doing what they love, and especially because it is unconventional.