Where My Love Of Languages Came From​ 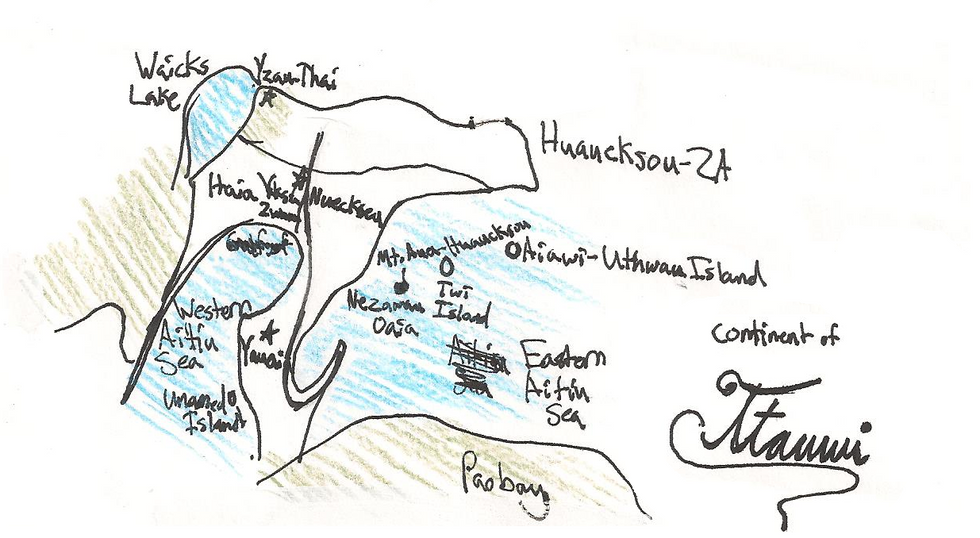 I have always been fascinated by languages, whether they are real-life or fictional, which has led me to want to pursue a life in linguistics as a possible career goal. Throughout my life prior to adulthood and onwards, I have always been fascinated with languages, especially within the fictional realm, since it makes the world more exotic and strange to the reader. Today, I write about languages here on Odyssey, with one of my articles being about endangered languages and modern media.

As for when I started taking an interest in languages, it started when I was a lot younger. Part of my personal reading involved catalogs, specifically of Digimon cards, Pokémon cards, and Harry Potter memorabilia. What fascinated me about them were the diversity of images and colors, as well as the names that made them unique from each other. In those cases, I was more fascinated by the names and the unique characteristics of each card than about actually playing the Pokémon and Digimon card games. In the Harry Potter catalog, I was fascinated with the number of translations and exposed me to so many languages, such as Icelandic, Hebrew, Thai, Afrikaans, etc.

Another unique part of my reading habits from when I was a child came from the Passport's Language Guides series, which were books that provided language translations along with illustrations. One that I was particularly fascinated by was the Italian for Beginners edition, specifically the elegant words that the Italian language had. I even thought at one point that I was part Italian, until I was told that I was not.

Other than those reading habits, I did not actively enjoy reading novels that I was not assigned in school. I thought of reading books as being associated with class assignments and rarely read out of enjoyment. Throughout middle school and high school, I did not have any love for the education that I went through. As far as I was concerned, I just wanted to get in and get out.

Particularly in my high school years, I barely interacted with any of my peers, since I did not want to befriend any of them. I barely did well and I had no real ambition. When I became a freshman, my parents split, so it was a very life-changing moment which caused me to feel secluded. A way to acclimate myself to that seclusion was writing and drawing. I fictionalized an entire mythopoeia which involved magic and science, modeled after my childhood interests in Harry Potter and languages.

Throughout those times, I actually enjoyed writing my own fictional languages and having them spoken in both far-away planets and in a fantasy world. So even from an early age, I was fascinated by languages but I never thought of wanting to become a linguist. Wherever the languages were spoken, I would always try to attempt to replicate the cultures in the real world while also materializing the unique cultures within these worlds. So the Mrosk language would be spoken by the first civilization in the fantasy world while Jaiolaok would be the second civilization, and also their language would be the lingua franca spoken by all of the characters. Also, if you are wondering, my 9th grade self would have told you that the continent of Tthawwi is pronounced [tih-THAW-wee]. The "thaw" part is pretty unusual considering how this was actually a civilization of cyborgs in a winterly land. I was a pretty unusual kid.

I was fascinated by conlangs, but I also tried to manipulate my own English language into whatever creative neologisms I would coin. I attempted to experiment by taking words that are unique in themselves and replacing them with other words with modifications. So, a couple examples include putting the prefix "mega-" in front of words such as "megarock" to refer to a "planet" and "megaplant" for a "tree." Little did I know back then was that there are languages that have this type of grammatical rule, and they are the agglutinative languages, such as Turkish and Finnish. I find this method of word-making fascinating because it enables me to be poetic, which can definitely be said about agglutinative languages, since the grammatical structures within them involve combining prefixes and suffixes and other root words to smaller words in order to create completely different meanings. The English language does this to an extent, though we do not do this to entire sentences as agglutinative languages do.

As it turned out, my interest in linguistics is not too different from J. R. R. Tolkien's interest in languages in his early life, whether it was during his childhood or when he was serving in World War I. Eventually, those interests led him to become a scholar of Old English and the author of the "Lord of the Rings" series. I would never compare myself to him, but I can find similarities.

I still have the majority of the notes and the stories. Because I am an organization-oriented person, I have all of the stories written prior to high school in a purple binder, while the stories written during high school are in a green binder. While people usually cringe at their earlier work, I would not say that for the majority of my work, since they are evidence of my progress in writing and drawing. The languages that I made up are also evidence of my early interest in linguistics and how I will seek to expand my interest into a career.