"Where Are You?": An Online Theater Production That Perfectly Incapsulates Grief in the Time of COVID-19

"Where Are You?": An Online Theater Production That Perfectly Incapsulates Grief in the Time of COVID-19

Grief across cultures, and how we confront death 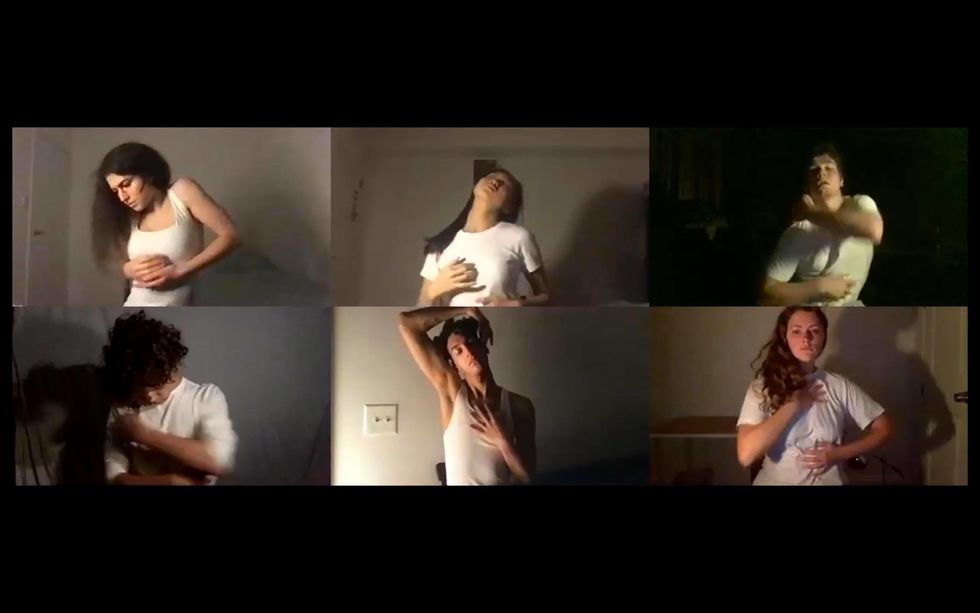 Last month I had the absolute pleasure of viewing the online theater production Where Are You?, directed by Singapore-based Sim Yan Ying, also known as YY. YY collaborated with New York-based artists to put on this original work about how we experience grief and confront death across cultures and individuals. The show's creation was fueled by the desire to talk openly and honestly about how we grieve beyond social conventions and learned stereotypes.

One part that was intriguing to me was the section about professional mourners in Romania- women who go to the funeral, drape themselves over the coffin, and wail loudly over the person who has died. In their culture, they believe that the more people who grieve your death, an easier transition you have to the afterlife. Even more compelling, usually the bocitoare, as they are called, don't even know the person they are grieving.

A more bittersweet section of the show was when the character Brendan relates grief to humor. He talks about how he likes "yo mama" jokes because he gets to come back with "she's dead." He goes on to discuss responses that people often give when he shares that his mom died, including his "favorite", "Everything Happens for A Reason." He brings up that being nice and polite isn't going to bring her back, and whatever he does, she's not going to come back, a rough reality for someone that's grieving a loved one.

There is also a social media portion of Where Are You, in which screen recordings and screen shots of news articles, social media posts, and memes are shown. Most notable ones include people in Africa carrying coffins, Vanessa Hudgens' infamous video denouncing COVID because she wanted to go out and be with her friends, the "is this loss" meme, and RIP to so many celebrities, ending on Descendants and Jessie star Cameron Boyce. And during this whole thing, the cast and crew continually posted F in the chat.

There's another section like that in the show in which we flash backward to January 2020. It's as if we, the audience are the ones doing the actions onscreen. We scroll through news in an email account and see headlines describing firefighters in Australia. We search for Kobe Bryant on Google. We scroll through Instagram and learn about the murder of George Floyd.

A scene that stood out to me was one between Miss O, who recently lost someone, and Miss E, who came across as really bitchy to me. Miss E subtly but snottily tries to keep Miss O and her grief at a distance, saying, "I have a lot going on with work and my friends" and "Death kinda freaks me out", rather than supporting Miss O. We see the motions of tears coming down Miss O's face, and Miss O wiping away tears silently, while Miss E fake smiles and simpers, "At least we can both eat our feelings," ignoring and minimizing Miss O's pain.

By far the scene that touched me emotionally the most was the reincarnation section, but before they actually talk about reincarnation. They talk about "the fear that when we die we just cease to be…being shut up in the dark…buried alive in darkness...alive deaf and dumb but still conscious", and that's literally my biggest fear concerning death and I appreciate so much how they touched upon it because that made my fear seem valid and I felt relieved that other people are scared of that too. Then reincarnation is brought up, and with each theory, an actor comes closer to the camera and a different specific body part is zoomed in on. The scene ends with the idea that if we knew, and things were simple, there would be no point.

After that very emotionally grueling scene, I was in need of a happier one, and lucky for me, one happened. Brendan talks about his Christian theater group friends bringing meals over for him during his grieving process. In this scene, they're all lounging on their beds or couches, smiling, listening, eating and laughing like they're at a slumber party, and that mood switch was all I needed. It also gave me a feeling of community, which was a nice juxtaposition of the isolation the last scene brought up in me. It reminded me that to be alive is to have a community that you can rely on to have fun with and to support you, and to give support to.

This show was excellent in inspiring interpretations, thought provoking, and inspired strong emotions in me. The cast and crew did a wonderful job in creating a show that both reflected the emotions of the time it was created and used technology in a way that made the audience feel like it was a part of the show. This show wasn't originally intended to be virtual but the adaptations that were made to adapt it into a virtual production helped to give this production a uniquely 2020 experience.