Short story: What we sow

Short Story: What We Sow

Black-and-white checkered tile back-splash reminded her of the game she was about to play. 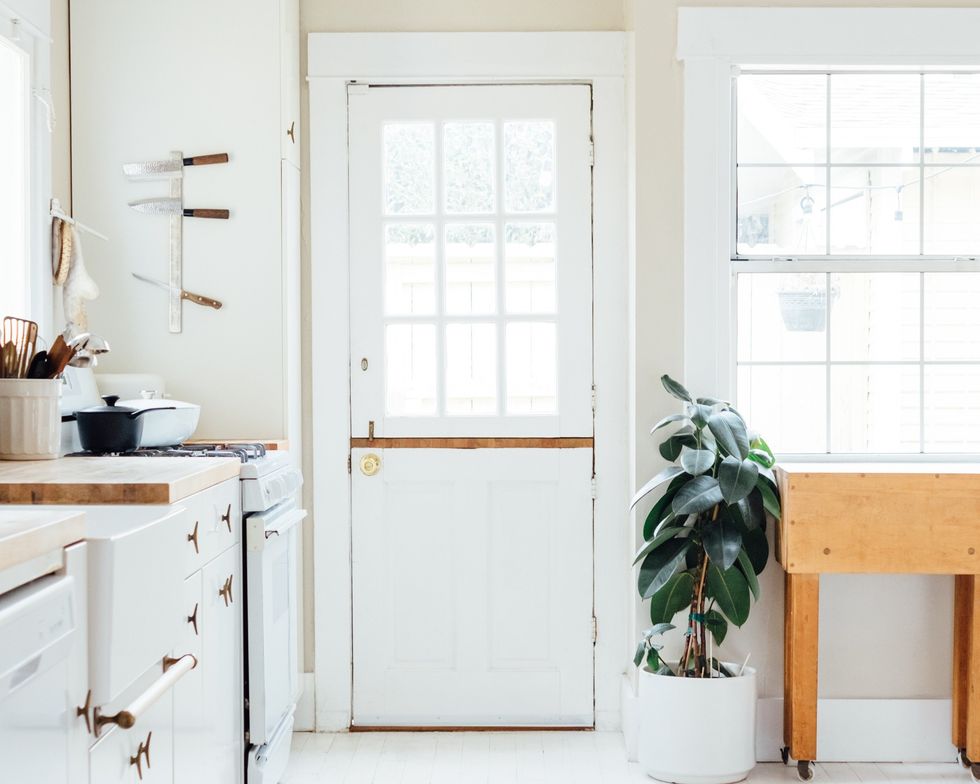 The kitchen's pots and pans glinted, new and arranged perfectly, on the rack hanging above the oven. Toffee-colored cardboard boxes lay open or unopen in stacks in the living room, slowly spilling their random contents onto the crisp beige carpet. These were the ingredients to make a home if they could only figure out how to prepare them.

She watered the orchid and set it on the cold marble counter, feeling sadness biting at her heart. Black-and-white checkered tile backsplash reminded her of the game she was about to play, of moving forward and then back, waiting for weak points. Her fists rubbed her sleepless eyes, and she looked down at her boyfriend, who stared into the oven, squinting and frowning as if he knew what he was doing.

"We should just call a repairman," she said.

"We can't afford that," he said, shaking his head. "We blew all our savings on the deposit and shit like this." He pointed an accusatory finger at the pots.

"Houses are expensive," she said. "To get as well as to live in."

"Damn right. But we can save some cash if I can figure this out. I can watch a YouTube video or something."

She sighed, knowing well that he wasn't that handy. He worked in an office.

He smiled. "Probably not a good idea to stick my head in, right?"

Her shoulders shrugged. His smile dropped.

"Yeah, I'd go out like that one crazy writer woman. What was she called?"

"Sylvia Plath." She said between her teeth.

He laughed, staring into the oven as if he were defying insanity. "Yeah. Madness."

He straightened his back and grinned at her. "No problem. Just leave it to me."

She remembered when that grin made her feel warm and alive. Now there was only indifference.

He wouldn't be able to fix it, and he would later begrudgingly call a plumber, but only after going on a long feverish rant about how they were all crooks overcharging them, taking advantage of the public's lack of mechanical aptitude. Everything that others could do that he couldn't was an injustice, a slight on his ego.

She went to the window. The back garden was empty, though freshly hoed. Her hands still ached. Packets of seeds, a watering can, fertilizer, and a shovel were all lined up neatly in a basket, ready for her to begin. To plant the seeds would be like commitment. The soil was laid open to her, ready to receive her effort, flesh, sweat. A cold breeze blew through, knocking her hanging flower pots against each other, clanging like a countdown. She opened the door, stood at the end of the garden beds, and heard a loud crash and swearing from the kitchen.

Her head turned just a moment before she walked out the back gate and down the lane.