What We Can Learn From Kintsugi
Odyssey

What We Can Learn From Kintsugi

The Art of Treasured Scars 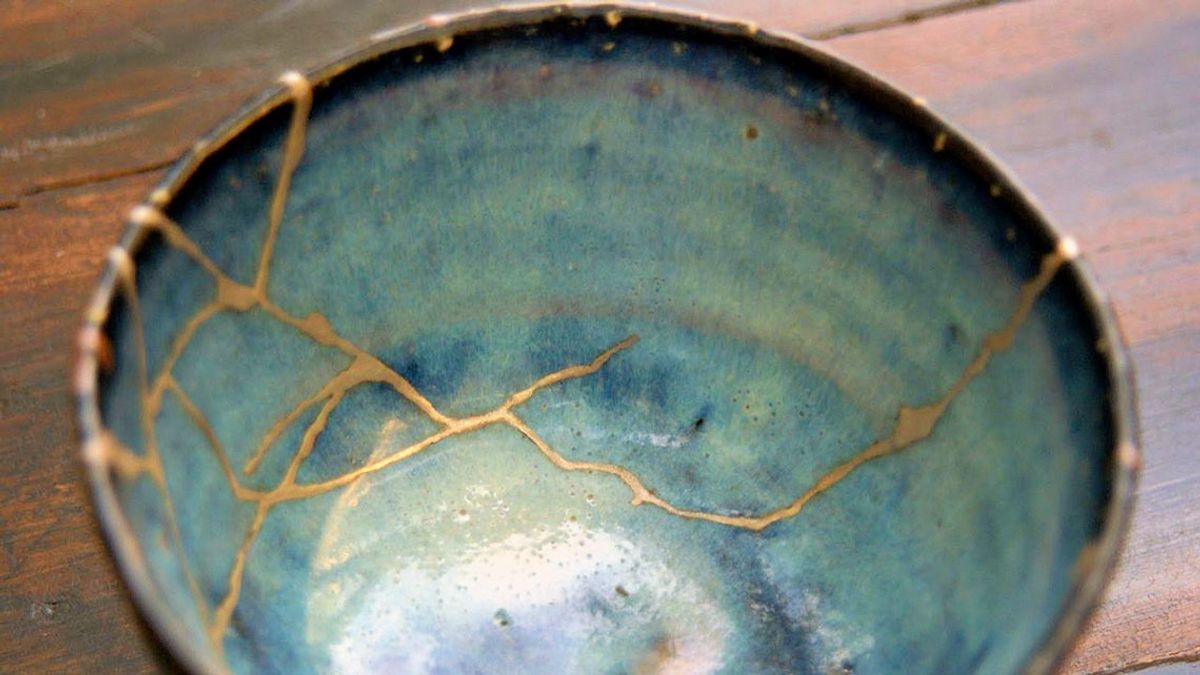 I have been fascinated by the Eastern World for as long as I can remember (India and Japan, especially). We can learn so much from the ways of life found there, such as how to value rest, and to treasure simplicity. What I want to talk about, though, is Kintsugi, a practice started in Japan.

Kintsugi comes from 'kin' which means "golden", and 'tsugi' which means "repair." Although it is not known exactly when this practice began, it is thought that General Ashikaga Yoshimasa sparked it unintentionally in the 15th century when he broke a cherished bowl.

He sent it off to be repaired, but it was sent back to him with a poor excuse for a mending so local Japanese craftsmen tossed around ideas for their own solution. What they came up with has continued to this day. Instead of trying to mask the cracks of Yoshimasa's bowl, they bonded the bowl together with gold, making the cracks art. This directly contrasts the Western world's value of symmetry, smoothness, and the uniform by employing wabi-sabi, a philosophy that celebrates the imperfect and broken.

Once that one beloved bowl was repaired and celebrated, cracks and all, more pottery and broken things were restored, even to this day. Showing your struggles and flaws will have the same effect on the people around you. More people will not break before your eyes, but you will see that they already were broken, and that they are still beautiful. We should learn this art of treasuring our scars and flaws so we can see the beauty in the flaws of others as well.

We, who were whole and then broke into shards that would cut and bleed and scar, were pieced together as many instruments in a symphony. We will continue to hold and carry, not letting anything slip through to be lost. These treasured scars shimmer in the light that we wanted to hide them and their reflection will pierce the jaded that ever said, "it is broken" instead of, "it is whole."

Emma Hyatt
885
The Truth About My Parents' Divorce