What the New Year will Bring

What the New Year will Bring

I may not know what the new year has in store for me, but I do know that each moment of it will make me who I am. 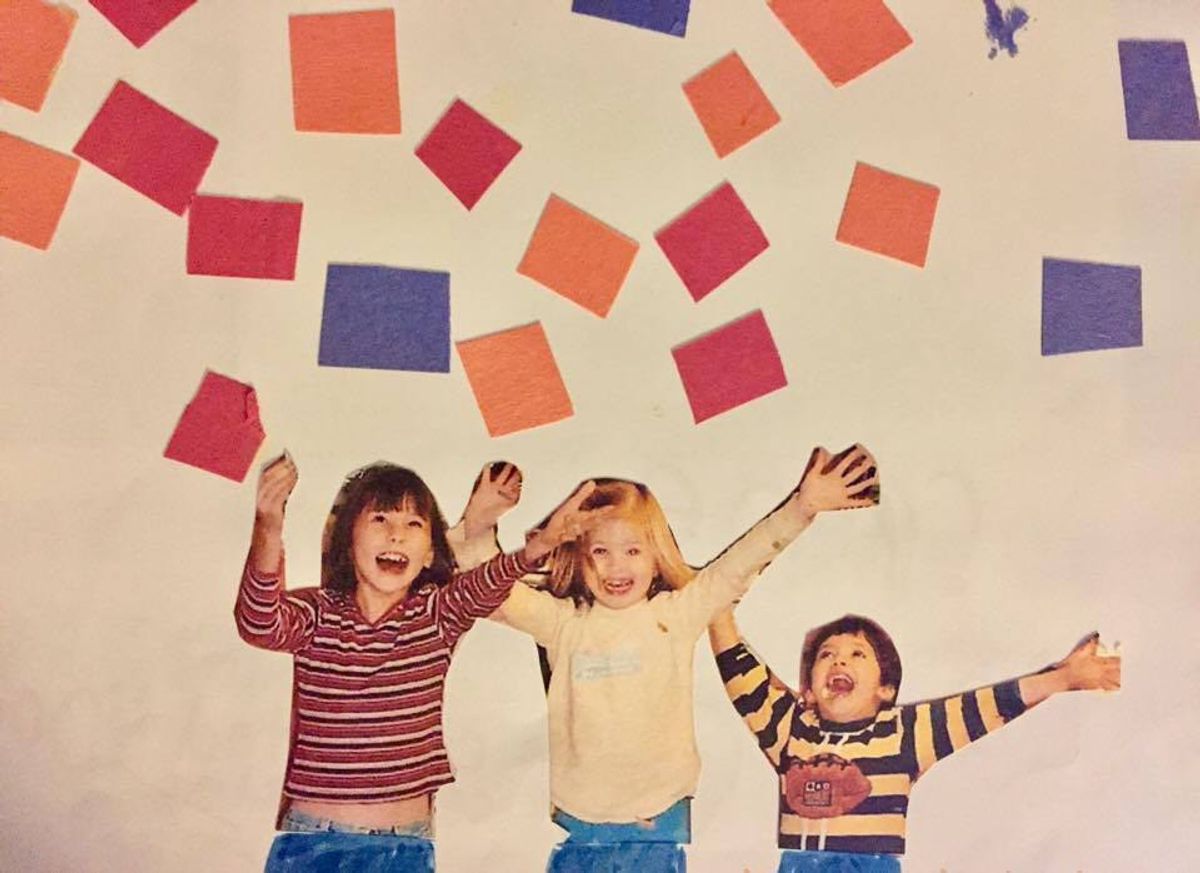 When I was eight years old, my sister, Meg, and I celebrated the coming of the New Year in style. The kitchen table was covered in stray pieces of confetti that hadn't quite made it into the bowl, almost as if to foreshadow the scraps we'd be finding behind the fridge and under the kitchen sink for months to come afterwards. Our grandparents were visiting and had brought sparkling cider, and why they trusted two small girls with clumsy hands to toast with champagne glasses is beyond me, but I still don't know if I've ever felt quite as grown-up as I did that night. Our five year old neighbor, Jared, was celebrating with us, a boy who was bringing in the new year with multiple hospital visits from various shenanigans, so why my grandparents trusted any of us with a champagne glass within a 1-mile radius of him is still a mystery. But nonetheless, the five of us partied the night away, tossing confetti and toasting to every single thing we could possibly imagine. 2006 truly came in with a bang, and as my grandpa sang "Auld Lang Syne" to accompany our confetti tossing antics, I had that hope and excitement in my chest that the prospect of a new year always seems to bring.

What I didn't know at the time, was that 2006 was a year that would change everything I knew. 2006 was the year my dad told us he'd be leaving his job at the University of Alabama, and moving our family to a place called Richmond, Virginia, a city that seemed about as foreign to me as Mars. On that New Year's Eve in 2006, I never could have known that I'd be spending my next New Year's in an apartment that wouldn't truly feel like home yet, that we'd put confetti on the ceiling fan that year instead of throwing it, and that Jared wouldn't be just right around the block anymore. I suppose in my mind, I pictured every New Year's Eve night just like our night in 2006, with confetti and sparkling cider and our little kitchen in Tuscaloosa, Alabama.

But who would I be now without that move to Richmond? Who would I be if our family had stayed just as we were, if I had not changed schools or moved cities or had every Richmond adventure I have gone on to since? I know for a fact that I am who I am because of where I grew up and the experiences that I have had, and I now happily call Richmond my sweet home city. An eight-year old Virginia would have never seen that coming, but a nineteen-year old Virginia wouldn't have it any other way.

I suppose on the New Year's Eve of 2015, I didn't know all the year would have in store for me either. From where I was, sitting on a couch sandwiched between two of my greatest friends in the world, I suppose I knew 2016 would bring big changes, but as the ball dropped and we all exploded in cheers, my world simply existed in that very second. Right at that moment my heart was again filled with hope and excitement, and a secretly picturing every New Year's Eve to come like the one spent excitedly hugging in my friend's living room.

Ultimately, 2016, like 2006, was a turning point for me. In 2016 I began college at the University of North Carolina at Asheville, a move to a a new city that would change everything I knew. I now live in a new place that is beginning to feel like home, have met new people that are beginning to feel like family, and I myself have begun to understand my place in it all, just as I did when we moved to Richmond all those years ago.

So this New Year's Eve, while I'll still hold that excited, hopeful feeling in my heart, I also know that this year will hold adventures for me I can't even begin to imagine right now, moments that will feel so magical they'll take my breath away but also moments that will hurt my heart to it's core. I may not know what the new year has in store for me, but I do know that each moment of it will make me who I am.