What Rupaul's Drag Race Taught Me About How To Love Myself

After all, if you can't love yourself, how in the hell you gonna love somebody else? 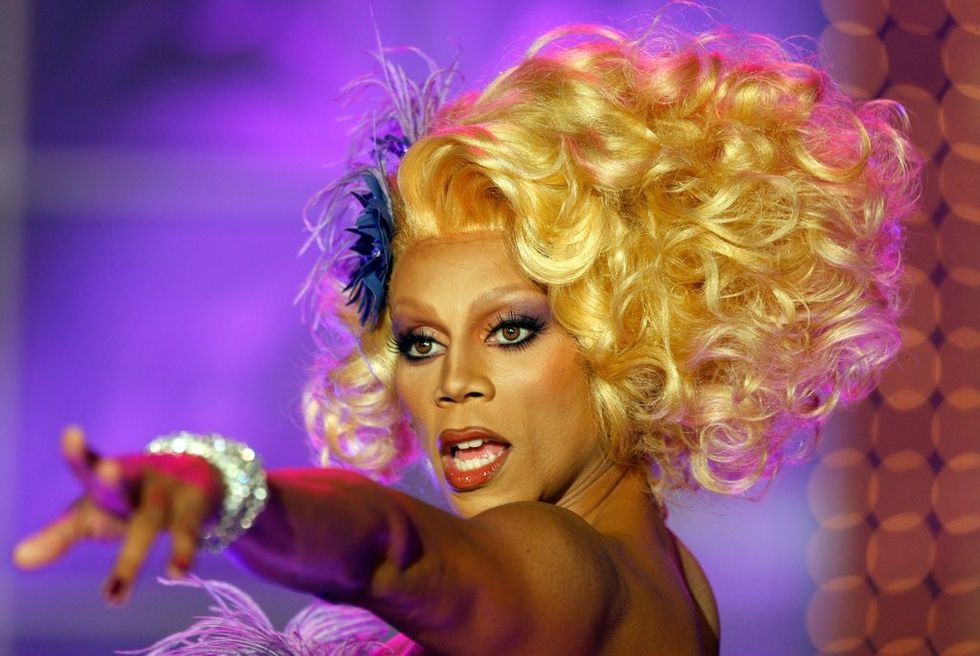 I only just got into watching Rupaul's Drag Race because of my good friends introduced me to the world of drag a few weeks ago. It is absolutely so fun to watch such talented individuals work their magic in so many different aspects, but it is also so full of self-love and self-growth that anyone can definitely take a few notes from it, myself included.

In one aspect, when you are someone who struggles with being accepting and loving of the body you've been given, it can be so easy to dig yourself into a hole of self-loathing or dissatisfaction with yourself, especially with so much of social media preaching about looking a certain way that is, in reality, so unattainable for most people. I know I certainly have my own conflict with body positivity and acceptance, feeling like I'm not enough. As much as I want to be someone who champions loving your own skin, I know that I haven't quite gotten there yet.

That is something that Rupaul's Drag Race has helped me to better accept. With such a diversity of individuals who share their own struggles of loving and caring for their bodies, their honesty and candidness with this aspect helped me to feel a little less alone in my own journey of bodily acceptance. When you see that even such bada**es like the individuals who rock the runway on Rupaul's Drag Race sometimes struggle with loving themselves, it becomes easier to see that the journey toward loving yourself is different for everyone, and that we're all at different stages of that journey. This kind of acceptance takes time and there is no rush in getting to any specific point.

But the self love goes beyond body positivity, too. There is so much personal growth and acceptance that happens on Rupaul in so many different aspects. Some of the individuals on the show struggle with their identities, paths, beliefs, and even just self-esteem and it is so easy to see yourself within their struggles. So many people can relate to the struggle of self-acceptance and finding love for who you are as a human being. As young people, most of us are still struggling to figure out who we are and what our place in life is, and in this modern era that we live in, the media and cinema are so often where we find representation and guidance to help us answer our questions in identity and self-worth. Rupaul helps the contestants on this show find their self-worth and the confidence he knows exists but is waiting to be revealed with a just a little bit of encouragement.

He's so special because he pushes people so hard because he knows in the end, through all the sweat and tears, it's going to help them emerge as their best selves. Every challenge on the show is an exercise in pushing the limits and stepping outside of one's comfort zone, which is exactly what we should apply to our real lives. Maybe it won't be as dramatic and show-stopping as the sort of things that happen on the show, but that doesn't make them any less important. If we push ourselves to be our very best selves even when it may seem uncomfortable or difficult, we emerge in the end better for it, and eventually, we learn to appreciate the struggles as they lead us to who we are meant to be.

We all have a path that we're on in life, a direct line that holds an incredibly important journey far more important than the destination. It was never meant to be easy, because if life were easy, we'd hardly learn a thing. Along that difficult journey, we have to find glimpses of hope that inspire us to keep going. Rupaul and the lovely queens who take part in his competition offer some of that magic hope that things always get better if you just keep trying. Though the way is rocky and sometimes you may think there's no possible way to overcome the mountain ahead of you, on the other side there awaits the light of better tomorrows that make the climb worth the effort. We grow from the pain life thrusts at us and eventually bloom as the beautiful flowers we are meant to become. These queens found their happiness in drag, and for many of them, it took a long period of fighting against a world against them to get there. What I learn from this is that bits of happiness can always be found if we are willing to fight to find it.

So thank you Rupaul, for giving the gift of teaching so many people how to love themselves and accept the journey that is life for what it is. Though it be difficult and though we may on occasion want to simply give in to the rising tide, we must, without fail, get up and keep trying, because once we get up the hill, there is a beautiful horizon waiting for us to see.