“We Are What We Eat”

“We Are What We Eat” 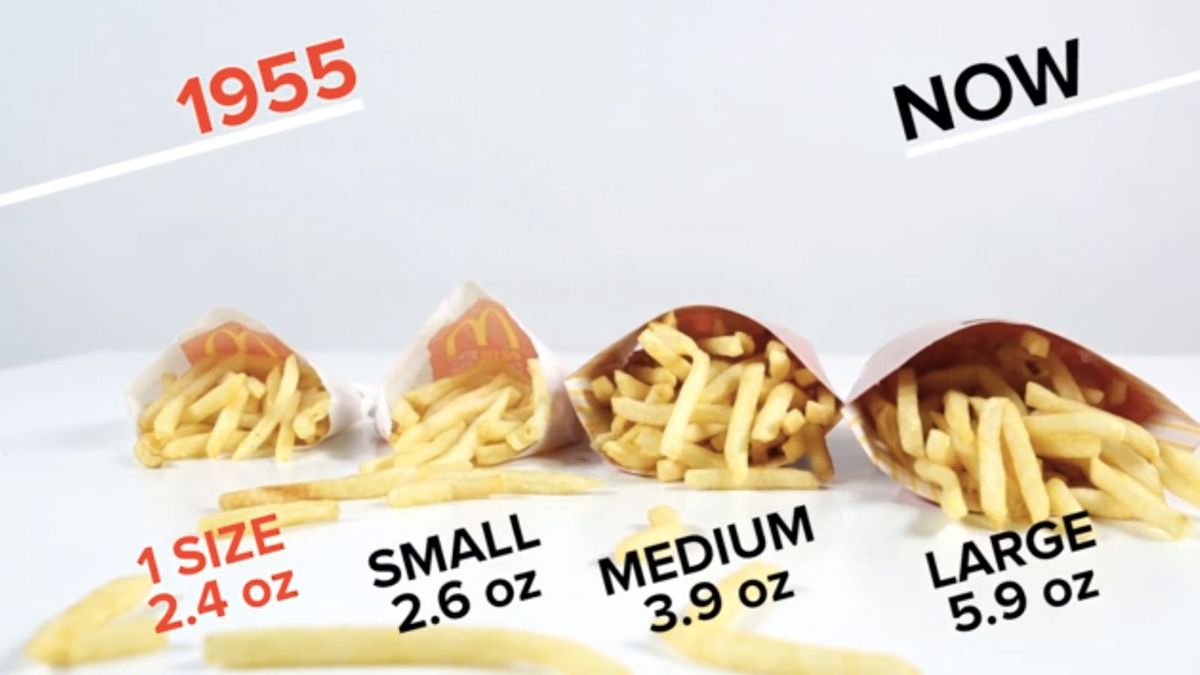 It’s New York City, the Big Ol’ Apple, where the streets are filled with fast food restaurants from McDonalds to Wendy’s, and even, the oh so healthy, Chipotle. However, what we don’t like to think about is how the calories build and boil till we sit on the train in the subway eating our cheesy, sour cream-filled burrito. I am that person, except for the burrito. I actually try to be healthy by getting a salad, but all is for naught, as I often buy a soda and chips too.

I’ll never forget the time I was on the R train after a long day at the university. I had bought the Wendy’s five-for-four and was as happy as I could be considering I hadn’t eaten all day. I’d waited about ten minutes for the R train to arrive and when it did, a lady and I were the only ones in the cart. She had a bag of food from Popeye’s. Immediately, from the sight of the bag’s outline of the big bucket, I thought she was bringing dinner for her family. Oh, how wrong was I.

I was eating my meal in the little corner two-seater of the old train and looked over at the woman because of the sound of movement. There she was, looking through the food and taking things out. At first I thought she was so hungry that she couldn’t wait, which is honestly an understandable thing to me. What I wasn’t expecting was for her to lay out all the food (including the bucket filled with chicken) on the three-seatter. I was shocked and in denial at what she was about to do. At that moment, I had stopped eating as I marveled at the sight of the eight course meal she was about to eat. I compared that to what I thought was bad, my five-for-four.

And so it began, she first started with the mash potatoes with gravy and fries. She began eating them in such a delicate manner that it was almost more surprising than the amount of food she was about to eat. Next, she began eating the chicken, a wing first then a drumstick then the chicken breast and so on. Looking over at me she saw my wide-eyed, open-mouthed expression and asked if I wanted some. I felt like Tom from Tom and Jerry when he marvels as to how Jerry gets away every time. All I could do during that moment was shake my head in silence. She shrugged and went on to the next item a seemingly extra large shake that had Burger King’s logo. I had turned away from her now as I felt shame at being caught, but that didn’t mean I wasn’t watching her. No, I watched as she first began with a sip and hummed her appreciation of the flavor, then she chugged it like there was no tomorrow. I swear, I have never seen someone drink something so large, in such a quantity, so quickly! It all ended with a loud slurp then the loudest burp to make a father proud. There were only three things left to be eaten: the biscuits, the cold slaw, and the macaroni and cheese. And that too was quickly demolished.

I sat there in the last cart with this lady, all alone and marveled as to how she made that fit into her tiny body. I then realized that the whole idea of dieting and not eating comfort foods is nonsense. When I asked the lady how she was able to eat all of that and not gain weight she’d answered, “Its all about exercising. I don’t diet, but stay active so that I can still eat what I like. I know it was shocking for you to see me eat all of that, but my body is used to it. I was once 350 pounds, but now I am 200 pounds. In my weight-loss process I tried to diet at first, but then I realized that I was slowly killing myself. So, I made a new way of simply exercising and eating what I like. And slowly I began to lose weight. I am not saying I never ate healthy foods, surely I did over this past year. But I didn’t stress myself out as I did in the beginning and honestly it worked for me.” I soon learned her name was Cynthia and she was going back to school to become a nutritionist. From that day forward I never took the last train cart again.

Despite my learned lesson on not taking the last cart, I also realize those Hollywood movies are even more bogus than I thought. They show women of impossible standards that not everyone is going to meet with the addition of photo-shop that makes people feel bad about themselves. People like Cynthia, a Popeye’s loving woman, who didn’t do Jenny Craig or the military diet, but still lost weight and ate what she loved are inspirations. It’s unfortunate that society doesn’t promote these actions that allow you to eat as you wish with some limitations and still love yourself without the pressure of trying to be someone that your not. In a way, we are all what we eat, yet it can not be truly seen by the shape or size of our body.