Have you saved anything for school? Me neither! 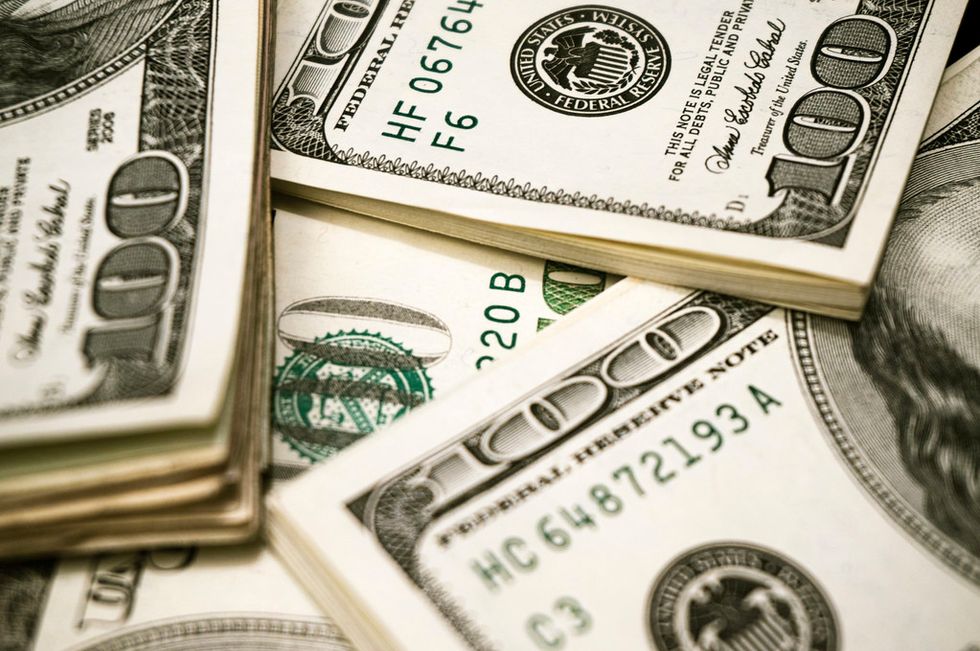 How to Survive College with a Frugal Mother

Growing up in a household where money was always scarce, we often used what we could to get by. If that meant buying the cheaper box of cereal or buying the off-brand Oreos, we did what we had to to keep a roof over our heads. With my parents' constant fighting and bickering over money and finances, I grew up in fear of money. When I received birthday money or money for chores, I would keep it to myself. I wouldn't spend it in fear of not having any money like my parents. Throughout the years, this grew into an obsession of hoarding money and not spending it on frivolous things. As a second-year college student, I can attest that I have slowly begun to let my obsession with going broke and losing money break. Nowadays, I spend money things that I know will benefit me. From hair products (I am an African American female with coily hair. My pride and crown, so hair products are a big deal to me) to clothes that I know I need (new leggings because all mine have holes in them, new dresses because I've gained a little bit of weight do to quarantine. Items that I know I need and will benefit me in the long run). I also spend money on fresh produce because I've gotten into cooking recently. Even though sometimes it still pains me to see deductions in my bank account.

Now, where does my mother come into all this? My mother is an extremely frugal person and my entire family knows this. If she can cut the cost of something, she will. If she doesn't need it, she doesn't buy it. Which is where my parents hit a discourse. My father doesn't try to live outside of his means, but if he wants to spend a little bit of money on something, he will. Take for instance, the last couple of times I've gone to the grocery store with my father. When he shops, he doesn't look for the best prices, generally it's a just get it, it doesn't matter. My mother on the other hand will go into a grocery store with coupons, a store discount and the ads that grocery stores give at the front of the store. "If it isn't on sale, I'm not getting it" is her mantra. I remember going to the store one day and getting a loaf of bread for $5.99 with my father. He didn't care about the price and I thought it would be fine because it was a quality bread type (brioche). Once we got home however, I didn't get to hear the end of it for buying a $6 loaf of bread. "Do you know how many bread loaves you could have got for $6?! I can't believe you really spent $6 on a loaf of bread Diara!? Did you even look for a deal? You're not even bringing any money into this house! You didn't even get the bread that I said to get! I swear everything goes in one year and out the other!" Just for clarification, I am a nineteen-year-old who can buy her own groceries, but when I make a little mistake, I get reprimanded for it.

I say this all to say that over the years, I have become both my mother and my father when it comes to spending money. Usually when I shop, I have a budget of how much I feel is right to spend. On hair care products and products for health, it's usually around $20-$30. If it's grocery shopping for a particular meal I try to spend around $15-$20. I never try to live outside of my meals unless I really can. Maybe splurging on a car or putting money towards retirement and a home. I try to look for deals when shopping along with putting money into products that I know are quality (even if that means spending a little bit more).

Finally, I want to end with a few times that got me through my first year of college, without a job and basically paying out of pocket. One major tip is trying to find jobs on your college campus. My roommate works in the common food area and our food area is always hiring. There are also desk assistant jobs that often are hiring. I know this is an obvious tip, but always look for odd jobs around the campus. The next thing that saved me in college was getting an Amazon Prime account free for six months. If you're a college student, you are able to get Amazon Prime for free for six months! Simply put in your college email address and you're done! And after your six-month trial, you also get a discounted Amazon Prime account, costing about $6 and some change every month. My final tip is something that I have been saying throughout this article, don't live outside of your means. This is a tip that everyone needs to hear. If you don't have the money for it, you probably don't need it. I know lots of people who go out and buy the newest pair of Jordans when they drop, but don't have the money to pay their bills. Sometimes it's okay to spend some money on yourself, but it shouldn't be an often occurrence. Save some money and put it aside for a rainy day or a worldwide pandemic. It'll make you feel better to have money and not spend it than to need money and not have any.

I hope that this article reaches someone who may have had similar experiences to mine, growing up in a household that didn't have much money. My parents never made us feel as though we didn't have money. We always had new iPods, new clothes, new shoes. Honestly, I never felt like we were poor until my parents began arguing over money and our financial problems. Hopefully I can help one person with my story. Thank you!