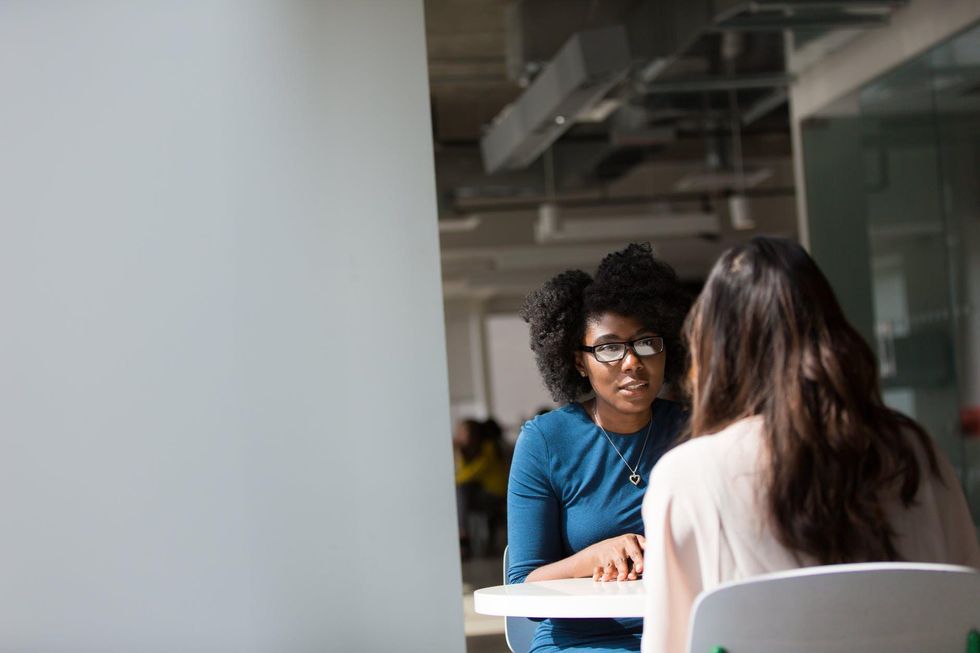 Photo by Christina Morillo on Unsplash

It doesn't take much scrolling through social media or much insight into conversations that have been happening even around the dinner table to know that people argue a lot. And when it comes to our relationships with one another as fellow members of the United States of America, we aren't doing very well.

With 2021 around the corner, and particularly in the wake of the election, there's been a lot of talk about national healing and "moving forward together."

That sounds wonderful in theory, but the success of that dream really does depend, as cliché as it sounds, on each and every one of us, and in ways that we might not expect and are perhaps much more difficult than we're ready for.

While this year has come with the beginnings of some much needed changes, not one of the movements we've seen is going bring about the sense of national camaraderie reflected in phrases like "moving forward together."

As long as the internet is populated with people who become mortal enemies over different opinions and as long as we think belonging to a certain political party or school of thought entitles us to consider everyone else idiots or heartless monsters, we aren't really going to be moving forward together. There will a power shift, a change in who is the most socially stigmatized, nothing more.

I'm not saying we can't or shouldn't disagree and disagree strongly on the issues we face.

But we can be more united in the midst of that by treating everyone, no matter what they believe, with the kind of respect that brings us together as a nation and, more importantly, as human beings.

So how do we disagree better? How do we respond when we see that infuriating post on social media (besides ignoring it, which is about as productive as most internet arguments anyway)? How do we initiate discussions? When we're with other people, how do we converse in a way that doesn't drive us even further apart?

Here are three ways to start having better discussions.

To be clear: professionalism doesn't (and shouldn't) make up for a bad argument, and a person's argument is not invalid if it's presented unprofessionally. Ideas are more important than how they're communicated.

But strategically speaking, considering that the point of an argument is to win someone over who didn't previously agree with you, you'll do a lot better if you don't have to worry about people pointing out your grammar mistakes or upset by your use of four-letter words.

You don't have to act like you have all the answers when you argue. It's OK to say that you're still learning, it's OK to acknowledge your opponents' strengths, and it's even OK to change your mind if someone makes a point you hadn't considered. Try as much as you can to understand others and give them moral and intellectual credit, regardless of what they believe. I think people tend to respond better when it sounds like someone has given their opinion a fair hearing, whether or not they agree in the end.

I'm not saying you have to soften your position. It's just that it's easier to listen to someone who isn't constantly implying the worst about those who see things differently.

You don't have to make fun of someone to disagree with them.

You don't have to call someone a terrible person to disagree with them.

I know that a lot of the problems we face are beyond what we can solve as individuals, but coming together in respect, if not in agreement, will help those problems to be solved a lot easier.