On Writer's Block And The Perfect Cup Of Tea

On Writer's Block And The Perfect Cup Of Tea

An odd analogy, some bad puns, and a useful lesson. 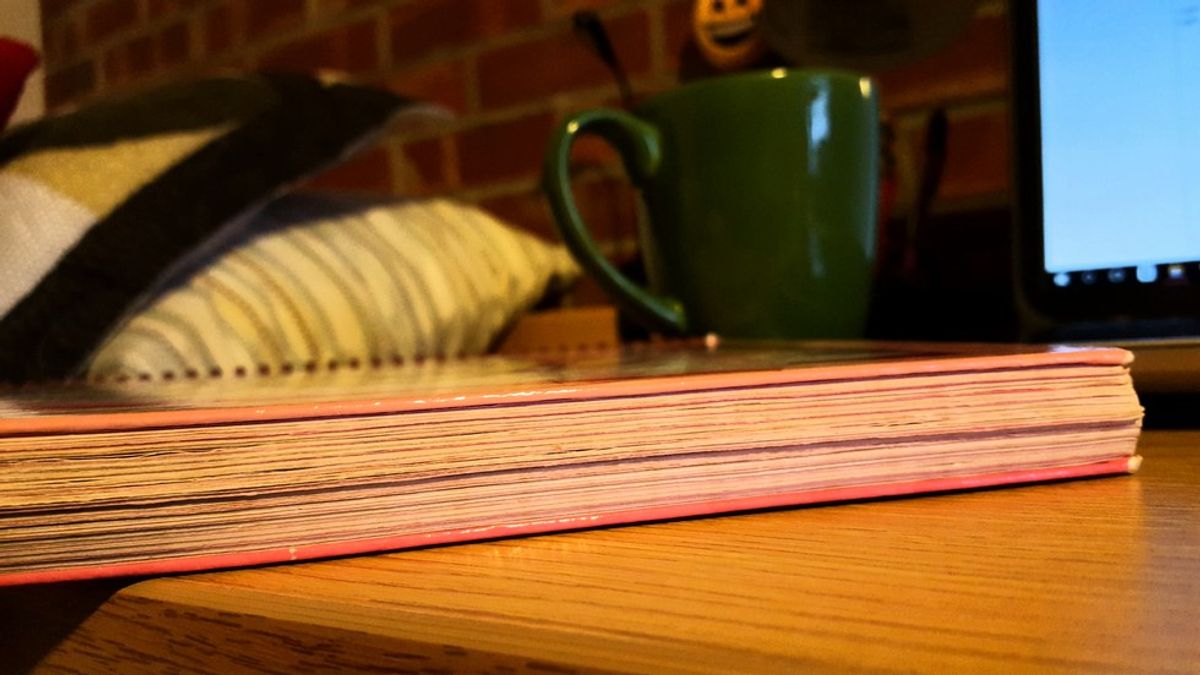 "Writer's block is when your imaginary friends stop talking to you."

I have lost count of how many times I have heard that phrase. I imagine that this quote, of unknown origin, resonates with thousands of struggling writers around the world as we stare at a blank page, not having a single good idea to go with the overwhelming urge to write. The urge eventually fades as we reluctantly put away our writing utensils.

Another night gone to waste.

I was around thirteen years old when I became enchanted by Enid Blyton's Malory Towers and The Naughtiest Girl series, as well as supernatural-themed fiction books such as Jonathan Stroud's Bartimaeus sequence. I had yet to find, however, a book set in a British boarding school, with equally strong male and female main characters, that involved the supernatural without ever stepping out of the world we know as real into an alternate reality.

So, I thought, why not write one myself?

At first it was easy. I wrote and wrote and wrote, making my poor sister listen to each new paragraph I had composed and bounce around ideas with me, gathering information about English boarding schools, writing lengthy character descriptions, researching demonology until I had vivid, regular nightmares, and pouring my brain out whenever I could get my hands on a little free time and a piece of paper.

This lasted for about a year and a half.

Slowly, the frequency with which I wrote decreased. In a mix of idea flow stagnation and my no longer making time to write, the large pink notebook I once gazed at every night closed not to be opened again in a near future.

I seldom have a perfect cup of tea. Then again, what even is a perfect cup of tea? For me, it is strong black tea and a considerable amount of white sugar simmered for several minutes in whole milk. This tastes wonderful to me, but it may not be everyone's cup of tea (pardon the pun; we'll get to my terrible sense of humor some other day).

I refuse to believe that I do not write as frequently as I want to because I do not care enough about my writing. In fact, it's because I care too much about my writing that I do not allow myself to write every single thought that pops into my head just for the sake of writing something, just like I will hardly ever settle for a cup of tea made in a way different from my 'perfect' method.

Do I care too much about tea, then?

Some say that the best way to overcome writer's block is to just write. I picked up my writing again shortly before my sophomore year of college. The large pink notebook with the original draft of my novel still sits on my dorm bookshelf, but I have hardly opened it since the day I finished transcribing its contents to an electronic document, which I hardly even open either. The writing that looked so good to me several years ago is now deemed utterly useless by my twenty-year old English major self. If I sit down to write nowadays, I will not write unless I have something good to write, as opposed to my old method of just writing whatever came to mind.

Maybe that is the problem.

Though I have deemed my early teenage years' style of writing useless, those ideas are what I thrive on today to continue writing that story. I tell myself that, if I just sit down and write, even if I don't feel like I'm writing anything 'good,' I might be able to come back to what I wrote later and modify it, or at least use the idea to write something better. I shouldn't boycott tea just because I cannot make it perfectly on a stove like I do at home; I have found that, although it takes a little more time to make it in the microwave, my perfect cup of tea tastes exactly the same when I do attempt to make it that way.

Sometimes, if I'm not careful, the milk will boil over and ruin the whole thing, or the tea leaves will not have been steeped long enough, or I will burn my tongue in an attempt to taste my creation. Sometimes, the things I write make no sense, have no continuity, or just look terrible after a good night's sleep.

Sometimes, I get it right.