Food can bring anyone together. 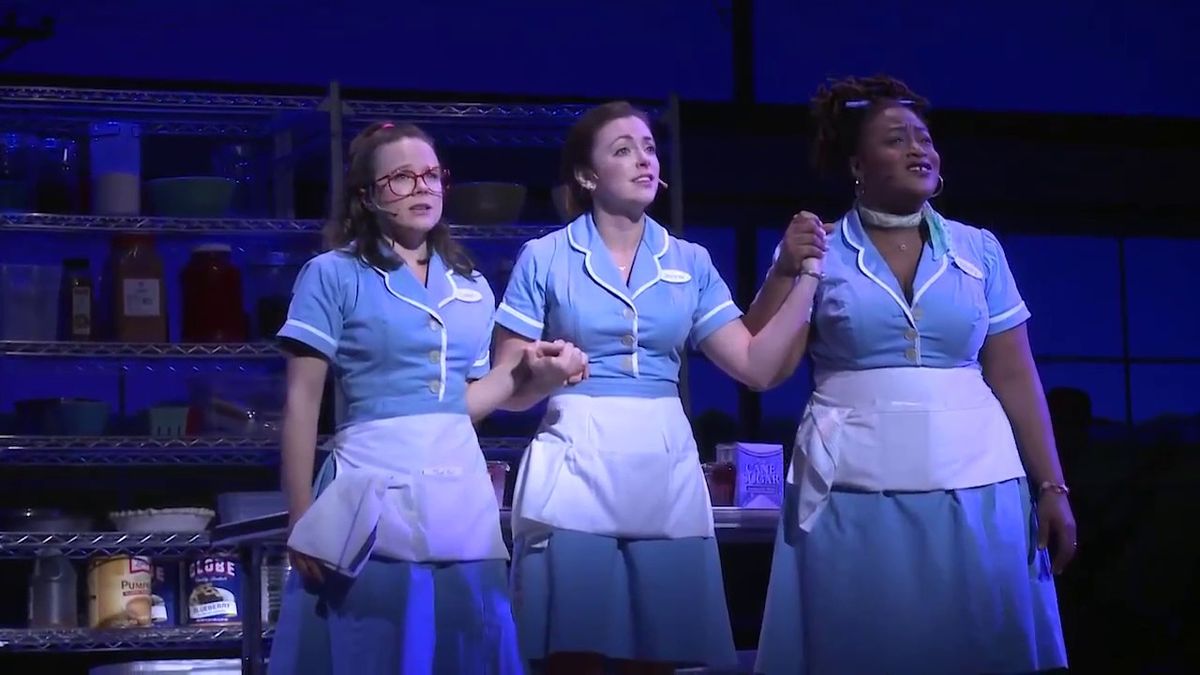 On April 25, 2016, it was announced that the Broadway musical, “Waitress” would visit major cities across America on its first national tour. The tour featured new faces to the “Waitress” family, such as Desi Oakley as Jenna, Lenne Klingaman as Dawn and Bryan Fenkart as Dr. Pomatter. Veterans of the Broadway production also joined the touring company, including Charity Angél Dawson as Becky and Jeremy Morse as Ogie.

Now, a year and a half later, the company had arrived at the Orpheum Theater in Minneapolis, Minnesota. I had the opportunity to see the second-to-last performance of this musical, which was a Sunday matinee. My friend and I had fairly cheap tickets up in the balcony, but we weren't too far away from the stage. Since I am obsessed with the soundtrack, I was very excited to see what was about to unfold, but still wasn’t sure what to expect. "Waitress" was so much better than anything I could have ever expected.

The visual effects were easily one of the highlights of the show. From the lighting cues to the lyrical choreography of the ensemble when Jenna is creating her pies, the simplicity of it all added an extra layer to the show, making it more than just a story about a diner. This abstract, intimate method of storytelling gave the show some extra flavor (if we’re speaking in terms of pie).

Of course, the company contributed a lot to the experience, too. They showed many dynamic contrasts throughout the performance; they hit the comedic moments spot-on with characters like Ogie and Cal, showed the genuine, loving nature of Becky and Dawn and delivered unwelcoming tension whenever Earl appeared. Even Joe, the elderly owner of the diner, contributed many touching moments with his wisdom and stubborn nature.

And then there was Jenna, i.e. the protagonist. Desi Oakley played Jenna with such honesty and diligence that it left me stunned. Jenna is a difficult role to tackle, as the character encounters high stakes and all different kinds of emotions in a matter of two hours, while also effortlessly belting out Sara Bareilles’s songs through flowing tear. Oakley handled the role just right. I got goosebumps all over again as I was typing this just by remembering her immaculate performance.

“Waitress” was a show that evoked change, giving the audience an impression that no matter what the circumstances, there is always hope. It reminded us that the people whom we hold dear to our hearts will always be our biggest fans and the ones who make us feel that we matter. And, of course, we saw how food can bring people together.

The touring group will be taking on several more cities, including Denver, Chicago, Baltimore and, in conclusion of its run, Los Angeles in August 2018. Do yourself a favor and buy tickets if the musical, "Waitress," is touring near you. It was truly an amazing experience for me.

“Sometimes one bite is more than enough to know you want more of the thing you just got a taste of.”