Vulnerability in The Politician

Vulnerability in The Politician

Ryan Murphy's new show analyzes the politician in making, but the moments which stand out is what makes Payton beyond his dream. (spoilers) 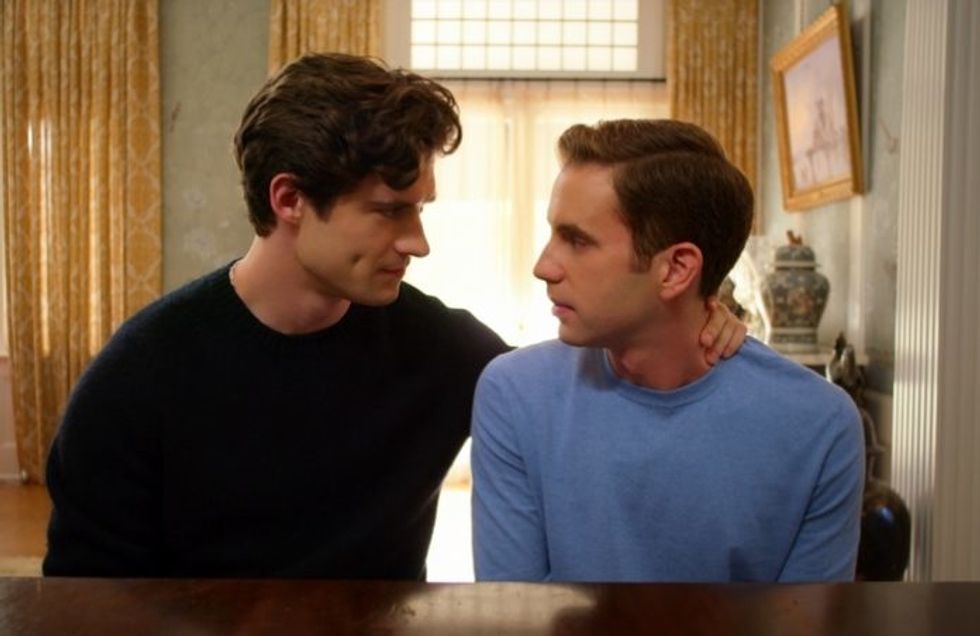 There were a number of things which attracted me to television series "The Politician", a new Ryan Murphy show on Netflix. First of all, one of my classmates from high school got a substantial role as Alice, Payton Hobart's (Ben Platt) girlfriend.

Second, it was the political premise of it, with Payton wanting to become President of the United States, and beginning his ambitions in a private high school. As somebody who was baffled about the workings of Student Government at Lakeside, it was right up my alley, if only to show where it may derail.

And finally, the element of political satire, as in a funny voting scene where a student had to show a student ID to do, in the fears of busing other students to do so.

I watched the first season in a matter of weeks, and I felt the ups and downs of Payton and Astrid (Lucy Boynton)'s campaigns. Both would go towards borderline extreme measures to grab the vote, whether it was Payton's initial choice of running mate or Astrid running away and using that knowledge to try to appeal to the lower classes of students. I noted their political teams observing the trends in how students poll and may end up voting; one of the most prominent scenes featured Astrid's campaign features Astrid getting called out for not doing anything about her decreasing numbers, and maybe not having a campaign at all. Payton's desired arc--to become student body president, go to Harvard, go to state office, and ultimately become President--made me feel cynical about him as a person and less likely to root.

Therefore, I appreciated the parts when, beyond the rat-race which was a simple high school campaign, I saw the characters as human with needs and vulnerabilities.

One of my favorite, if not my favorite characters in this first season is River (David Corwenset), Payton's initial opponent and an apparent love interest. His death by suicide in the middle of the pilot racked me and left a bunch of unused plot potential for him, especially because he gave a profound debate performance earlier. Compared to Payton, who comes off as calculating to the point he confronts Harvard about his potential storyline, River is a lot more sincere, and makes Payton quite vulnerable at times, especially when the later goes, "it's so hard to try so hard all the time". Even beyond the grave, River almost acts like a guardian angel in assuring Payton and helping him.

When the season takes a substantial hard right and Payton attends a different university to what he planned, he meets Alice again, in an attempt to get her heart. However, she met another classmate whom she attends to marry soon, which could derail his plans for a perfect First Lady. Alice asks on why Payton doesn't turn back as their secret code when they faked their break up, again setting up Payton as a vulnerable person. I thought this was a powerful scene from Alice, as beyond her stoicism and her previous loyalty to Payton the candidate, I almost thought she fell flat as a character. Seeing as a second season is on the books, I want to get to know Alice's own softer side, her own ambitions beyond being the semi-calculating partner.

While I did enjoy the sprinkling of satire of electoral politics throughout the series, the divide between blind ambition and feeling for others reminds me of my time at Lakeside. Like anything in real life compared to fiction, my four years there were not very dramatic, though they did share the same elements of driving to the top, the need to be better than others, and the wealth. There were moments in which people exposed their aspect of humanity, ranging from Real Talks in the library to compliments once a year. I was vulnerable in that I worried about not taking any honors classes, or I didn't have a legacy at the school. However, I found a way through writing and talking to people a lot.

The latter part of the season almost felt jarring, especially in the finale, which does go and fast forward three years into the future. However, with the upcoming developments of it, it opens a window to a spanner in the works. I want to see how Payton poses the question on being able to touch other people and use his proposed policies in campaigns to create a legacy beyond his dreams, even though elections are the primary focus of this show.

Madison Franz
The Narrative
1113743
Photo by Brooke Cagle on Unsplash

Madison Franz
The Narrative
652568
Photo by Manny Moreno on Unsplash