The Voting Process For Dummies
Odyssey

The Voting Process For Dummies

The role your vote plays in the presidential election. 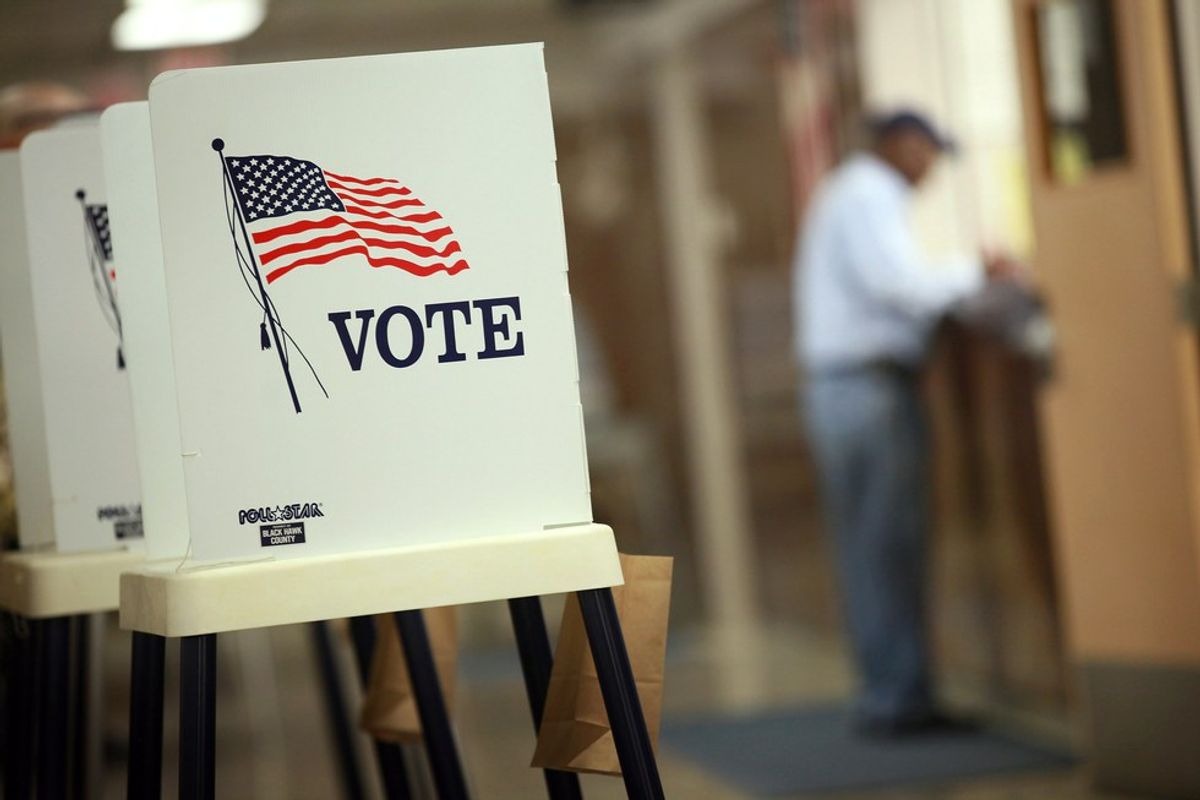 Maybe I missed this part of my high school government class while I was dozing in the back row, but I don't ever remember being taught about America's voting system. In fact, it seems that most of the population doesn't really understand how the whole thing works. I've actually heard a fair number of people say that they aren't voting simply because they don't understand how it all works. Ignorance is not bliss when the future of a country is at stake, people! Consider this a crash course in exercising your Constitutional rights. Here's a simple breakdown of America's voting system and where each vote comes into play.

When we head to the polls on Election Day, your vote falls into the popular vote (the votes cast by everyday citizens in a local, state, national, or presidential election). Election Day happens every 4 years after the first Monday of the month (so this year, it falls on November 8). At the end of Election Day, the popular votes are counted for each presidential candidate from each respective state. These votes are then used by the Electoral College to decide the next President of the United States. Voting is normally done at a local polling station, but exceptions can be made in the form of absentee ballots.

If you're unable to be at your designated polling location on Election Day, you can cast your vote by mail using an absentee ballot. The absentee ballot application can be downloaded, printed, mailed, or emailed to your local polling place.Time restrictions vary by state, but it is best to complete the application process a few months before the election. Once approved, the voter will receive a ballot in the mail to be mailed back before Election Day. The absentee ballot votes will be counted among the popular votes.

How did we get these candidates?

Primaries are how we elect a candidate to run for the presidency on behalf of each political party. They occur in the year leading up to the official presidential nomination. Each state has its own presidential primary at a different time throughout the year. All of the current candidates for president are listed on the ballot, and voters in their respective states vote for the candidate that they want.

So basically, the delegates look at the popular vote in the primary to gauge how their state feels about a certain candidate, and they pledge their vote accordingly. When a candidate wins more delegate votes, it gets them closer to being the official nominee, and also provides them with a bit of good press attention.

So how does someone get elected to be President?

Most people know that the Electoral College elects the president. What most people don't know is how the electoral voting process works.

The Electoral College is essentially an amplified version of the popular vote. The state votes for electors and those electors vote for a presidential candidate based on the vote of the people in that state.

The Electoral College was created after Thomas Jefferson and Aaron Burr tied for the presidential election in 1800. The system is meant to prevent a tie from occurring in the popular vote. The Electoral College is also meant to correct for votes cast by uninformed voters that could skew the results.

Every state chooses their electors differently. Most states’ electors are nominated or voted for in an elector primary. The chosen electors are expected to cast a vote that reflects the wishes of the majority of their state’s popular votes- so basically, they vote according to the majority popular vote, which is your vote! (See, your vote still matters)

Each state has a certain number of electors based on the state’s population. A state is awarded two electors for its two Senators as well as an additional elector for each U.S. Representative that the state has in Congress. For example, California, a very populated state, gets 55 electoral votes, while Ohio, a less populous state, gets 18.

Wow, does my vote even count?

With such a complex voting system, it's easy to think that a single vote won't make a difference. The problem is, for every one person thinking that way, there’s hundreds more that feel the same way. As it turns out, mere hundreds of votes are all it takes to change history. Just ask Al Gore.

A miscount of votes in Florida during the presidential election of 2000 could have changed American history forever. George Bush and Al Gore were neck-and-neck in the race of 2000, and it all came down to Florida. In a rare turn of events, Al Gore won the popular vote in this election, but George Bush won the electoral vote and became president.

Although Al Gore was winning the popular vote, George Bush had won the electoral votes in the larger states. Al Gore’s loss is widely attributed to a miscount of a few hundred popular votes in Florida. Had the votes been counted properly, it is highly likely that Al Gore would have won Florida’s electoral votes instead of Bush, and would therefore, have won the election.

It all came down to a few hundred votes. If the votes had been counted properly, or if a few more people had shown up to vote for Al Gore, the world could be a very different place today.

The American voting system might seem confusing, but being able to live in a democracy, where everyone has a voice, is not something to be taken for granted. Many citizens in other countries will never have the right to vote, yet many American citizens will not take the time to let their voice be heard. Taking the time to vote a few times a year, whether it's in a local or national election, is just a small way to repay those who have lost their lives for the sake of democracy. Voting in the upcoming presidential election, and in future elections, means taking a part in building the future of America.

If you want to learn more about the upcoming election, it's never too late! Check out theSkimm's Skimm the Vote page for a comprehensive guide to this election season.