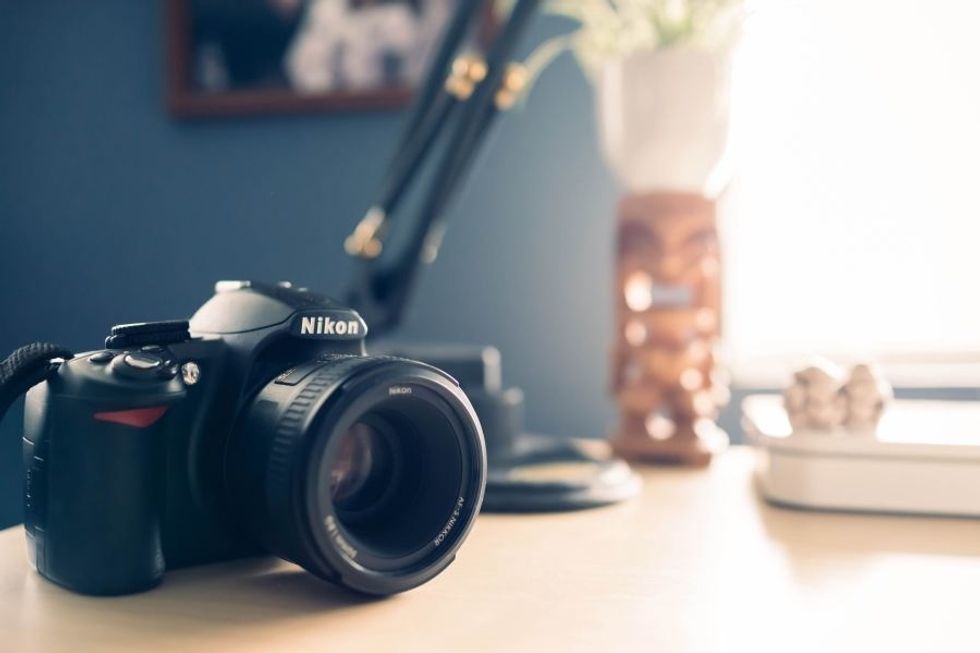 "Vlogs," for those who don't know, are video blogs where people record their lives and everything they do online. Most of the vloggers we associate with YouTube vlog for a living.

Vlogs are successfully dominating most social platforms at the moment, and that really isn't a bad thing. As a consistent watcher and lover of vlogs, I'm personally motivated to make them as well.

Famous vloggers and their livelihood

People who've gotten famous from their simple vlogs, usually under 10 minutes, are making millions right now. It's crazy to see where they came from and where they are now. Some names you might recognize include The Ace Family, David Dobrik, and Emma Chamberlain. These people grew to earn their places in YouTube's "vlogger hall of fame," as I like to call it.

The most interesting and my personal favorite is Emma Chamberlain. Her story is a little different and kind of crazy. As a normal high school student, her vlogs relayed creative content you don't see normally and her unique/random personality shined through her videos. They were relatable, authentic, and genuinely funny. It was easy for me to become a subscriber, regular watcher, and ultimate fan. However, her journey quickly changed after her newfound fame. Her views and subscribers increased from the thousands to the hundreds of thousands, and then to the millions.

But as her followers and views changed, so did she. She became immersed in the world of YouTube, money (can't really avoid it), and the whole lifestyle. She graduated high school early to pursue making videos, and her daily vlogs became interrupted with sponsorships and exclusive events. Her Instagram changed from her artsy photography to your average bikini and fashion posts.

It was a weird change to see, and I miss the old Emma. But she's onto better things now and I have to respect that.

Ultimately, the job that one upholds by putting their life out there for everyone to see is scary. It made me aware of the change that she might not have even noticed.

What's so special about it?

Vlogging isn't for everyone. But for some, it's like watching a TV series. You're constantly waiting for the next vlog that entails the daily activities of your idol's life, usually filled with small life tips, tours of their beautiful houses, some mediocre comedy, and the basic singing in the car clips.

Vlogs all have aspects that everyone can like. But what's truly special about vlogs is that it feels like you're right there with them, experiencing what they are experiencing.

The camera is usually shot from a POV angle or in some way where people are looking straight at the camera and talking to you. It's weird, but it makes us feel included. From David Dobrik's extremely wild parties with his crazy friends or The Ace Family's trip to a park with their daughter, or James Charles doing makeup at home, it's all immersive for the viewer.

Vloggers are very different from other celebrities. Most celebrities want to shield and hide their personal lives from the eyes of their fans. Think about Drake and his "secret son," or Cardi B placing an emoji over her daughter's face in every video she posts. Or when Kylie Jenner posted her first picture of her daughter Stormi and took it down shortly after because of all the creepy comments and hate. These celebrities have no interest in vlogging.

But then there's a whole other group of YouTube celebrities who are famous for putting the personal, emotional, physical, and professional parts of their life online. Not only do they do that for a living, but in most cases, they have to defend themselves from people who constantly hate and judge them in the comment sections. Just as there is drama in the music and acting world, there's EXTREME drama in the Youtube community. It's cringe-y to watch people cry and get distressed over hate online.

So yes, vlogging and vloggers are special and different but they also come with a lot of problems that some aren't prepared for.

The answer to this is yes. I'm interested in vlogging. On multiple occasions, I've envied those who can talk about things going on in their lives for anyone to see. Not in a cocky or empathetic way, but just as a way to express themselves fully and to relate with people digitally.

That may sound kind of weird, but I think it would be a great outlet for me. As someone who's always struggled with expressing herself directly, I've turned to writing. Once it was all private and just for me to release, and now it's public on this platform for the tiny amount of people who take the time to read these articles.

I'm not expecting to suddenly gain millions of people from starting a YouTube channel which will, in turn, earn me a form of income. That's not my goal. I just want to be able to have a public platform in which I can produce videos I love creating, that other people can relate to and love watching as well.

Instagram isn't really my thing. I'm too much of a perfectionist to edit every flaw in my pictures and overthink my captions. Doing that takes away from the whole authenticity I want to relay in the first place. But with videos, my personality can shine more easily like Emma Chamberlain in her early vlogging days.

I even tried creating my first vlogging/cooking video on YouTube the other day. It was for a film class, but it was something I always wanted to do.

When I presented it in class, my professor told me that he was much more interested in me and my personality throughout the video than the cooking. He said, "There's something unique and random to you alone." And that struck me. because what he said was something my mom has told me numerous times before.

I want to take that next step. As I've said before, 2019 is the time for me to put myself out there. And that was the encouragement I needed.

Let's see where this goes!

vlogging
Report this Content
This article has not been reviewed by Odyssey HQ and solely reflects the ideas and opinions of the creator.