After you read this list, you’ll probably want to make a couple different stops for dinner. 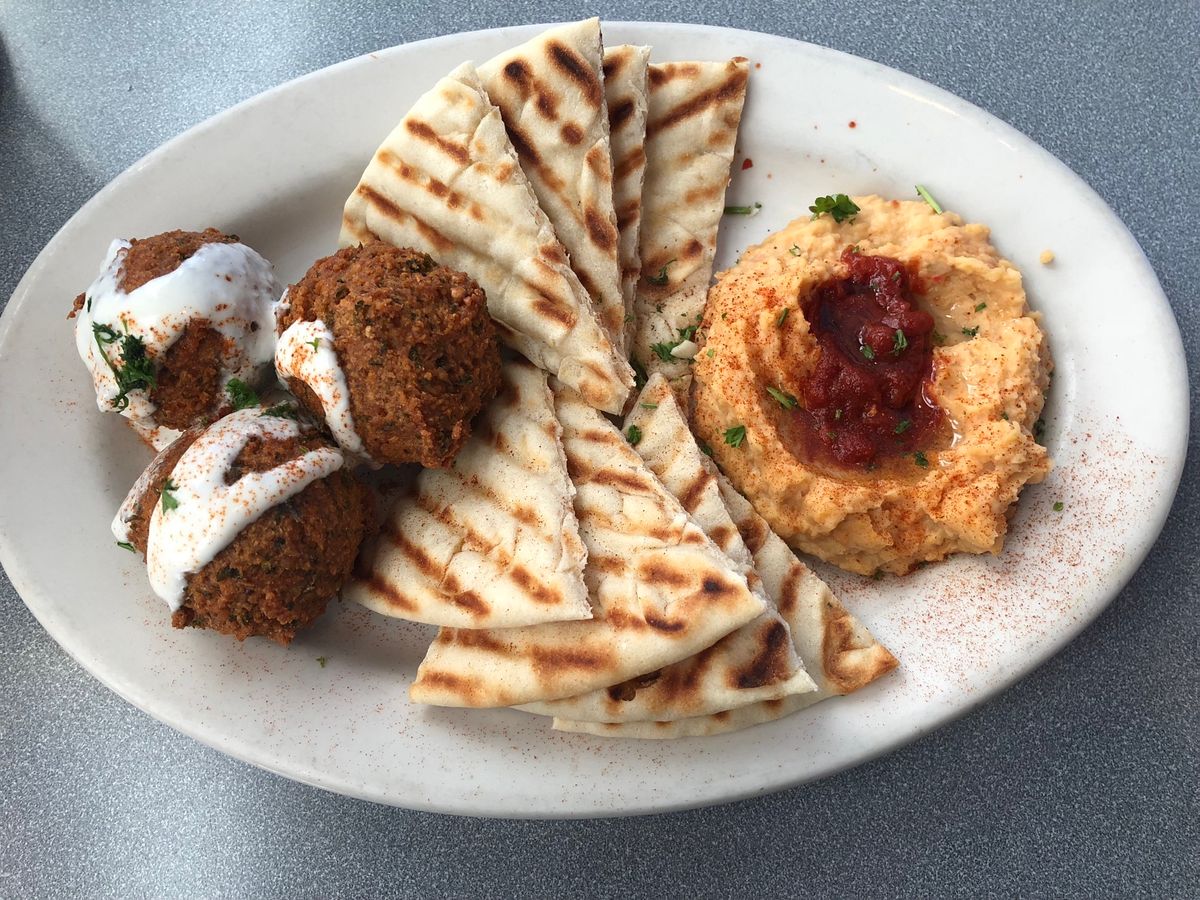 You just went vegan, and you’re staying true to your New Years Resolution, until the moment you’ve been dreading finally comes up. Your friends want to go out to eat. Whether you are looking for places that have vegan-friendly options or just checking to see if you can eat anything at your friend’s restaurant of choice, this list will come in handy.

As two vegans on the road in the Midwest, Taco Bell became a daily stop for my boyfriend and I. It’s cheap, fast, and you can make most things on the menu vegan. There are two ways you can do this. You can order your food fresco-style or you can ask them to substitute beans for beef and hold the dairy such as cheese or sour cream. Taco Bell’s cinnamon twists are also accidentally vegan! One of my favorite vegan items from Taco Bell is the Beefy Fritos Burrito with beans instead of beef and no nacho cheese.

Although Burger King has a veggie burger, it, unfortunately, contains milk so we can’t actually have it our way. However, you can order fries, hash browns, a garden salad or one of their “accidentally vegan” items like the French Toast Sticks and Dutch Apple Pie.

If you’re saying “chipotle is my life,” no worries! You can have your burritos and eat them too. Whether you want to build your own bowl, taco, burrito or salad, there are six vegan ingredients available. Sofritas (seasoned organic tofu), beans, rice, veggies, guacamole and chips and salsa.

Wait a second, DAIRY Queen items without the dairy? I’m in! Light smoothies from Dairy Queen are made without milk, and they’re pretty tasty.

Unfortunately, there currently aren’t any vegan pancake options at IHOP, but trust me, we’re working on it. In the meantime, you can order hash browns, fresh fruit, grits, sautéed spinach and mushrooms, a plain baked potato or a salad with fat-free or regular raspberry vinaigrette dressing.

At Moe’s, all you have to do is substitute tofu for meat and ask them to hold the cheese. Simple enough.

The available options at Wendy’s are a plain baked potato, fries and a garden side salad with red Italian dressing. They also offer a veggie sandwich, which is a bunch of vegetables on a bun.

White Castle has two vegan slider options...black bean and veggie. They are both Dr. Praeger’s brand. Last week my dad got a coupon for sliders and asked me to go with him because he saw they had options for me. The black bean sliders were amazing. When my dad looked at the veggie slider compared to his cheeseburger slider, he said mine looked much better. Which one looks better to you?

At Olive Garden, you can put marinara or kids tomato sauce on any of the following noodles: angel hair, cavatappi, fettuccine, gluten-free rotini, rigatoni, small shells, spaghetti and whole-wheat linguine. The butter sauce on the breadsticks is made with soy rather than real butter, so you can enjoy those too. The minestrone is dairy free at every Olive Garden now, making it possible to get a combo.

This place will forever hold a special place in my heart. If anything can make you feel better, it’s eating more penne than you should legally be able to. Chinese Chop Salad without wontons, the Indonesian Peanut Sauté, the Japanese Pan Noodles, the Penne Rosa without cream and cheese and the Whole Grain Tuscan Fresca without cheese are the vegan-friendly options on the menu. You can also add tofu to your pasta.

Along with all of the drinks that can be made vegan by substituting one of the many dairy-free milks that Starbucks now offers, if you’re looking for a bite to eat you can order the sesame noodle dish made with broccoli, carrots, red pepper, snap peas, tofu, pickled cucumbers and sesame peanuts. This also comes with dark chocolate. You can also enjoy a plain or multigrain bagel, classic or blueberry oatmeal, the Seasonal Harvest Fruit Blend and the Hearty Veggie & Brown Rice Salad Bowl.

The sauce and dough at both Little Caesar’s and Papa John’s are vegan so you can order it without cheese or meat. You can top it with veggies or you can do what I used to do and throw vegan cheese on it at home. The marinara and the Thin N’ Crispy crust are both vegan at Pizza Hut as well.

At Panera, you have the option of two different broth bowls, the Vegan Lentil Quinoa Broth Bowl and the Soba Noodle Broth Bowl with Edamame. You may also want to try their black bean soup.

If Chick-Fil-A is your thing, you could order French fries, hash browns, a salad without chicken, a fruit cup or cinnamon applesauce.

A vegan burger at Red Robin with a side of bottomless fries? Say no more. You can change any of the burgers to suit your diet substituting with a Boca patty and asking them not to put dairy products on it. You can do this as well with the salads, and they will cut up a Boca patty to replace the chicken. You can also get a side of sweet potato fries. For a burger place, they’re pretty darn vegan.

Now, for my local peeps and BSU students, eating vegan on campus has never been easier.

Get pitfaced and order yourself a pita with all your favorite veggies, hummus and falafel. You will not be disappointed.

At the Cup, you can have tea, coffee or a smoothie. They have dairy free milk on hand and are prepared for any vegan who just wants to sit down and enjoy their food or drink with the comforting knowledge that you can trust them to be honest about ingredients and not contaminate the food. If you’re looking for something to eat, they have a pretty good tofu scramble. I can’t stop in without getting a bagel with their amazing sweet potato hummus. They make it very easy to determine what is vegan and what is not by stating it on the menu.

If you know me, you knew I was going to mention this place. I had to save the best for last. My boyfriend and I eat here at least twice a week because there are so many vegan options that we actually have to work our way through the menu. (Crazy, right?)

Vegan options here include: the Mediterranean, three Pancakes, Hummus with Pita, Sambousa, the Fluffy Puff Combo, a side salad, soup, Garlic Fries with Cilantro Sauce- which I could literally put on anything because it’s that good, Vegan Loaded Fries, an Avocado Bowl, Falafel Salad, Zaatar Pizza, the Veg Combo, a Build Your Own Sandwich that you can add falafel, veggies, and sauces to and smoothies which can pretty much all be made vegan if they aren’t already.

Two Cats also makes it easy to order, clearly labeling on the menu what is vegan, vegetarian and even gluten-free. You can also come in and enjoy the hookah lounge or the bar if you are of age. Besides, who doesn’t want to sit in a Cafe that’s covered in cat art?

If you ever wonder if a specific place has vegan options, a quick google search will generally give you your answer. If you have a couple dollars to spare on an app, I suggest buying Happy Cow. You can find places with vegan or vegetarian options or restaurants that are 100 percent vegan if you want to check out a place like that.

Emmaline B
The Narrative
8239
https://unsplash.com/photos/O0T1SIgHAfM