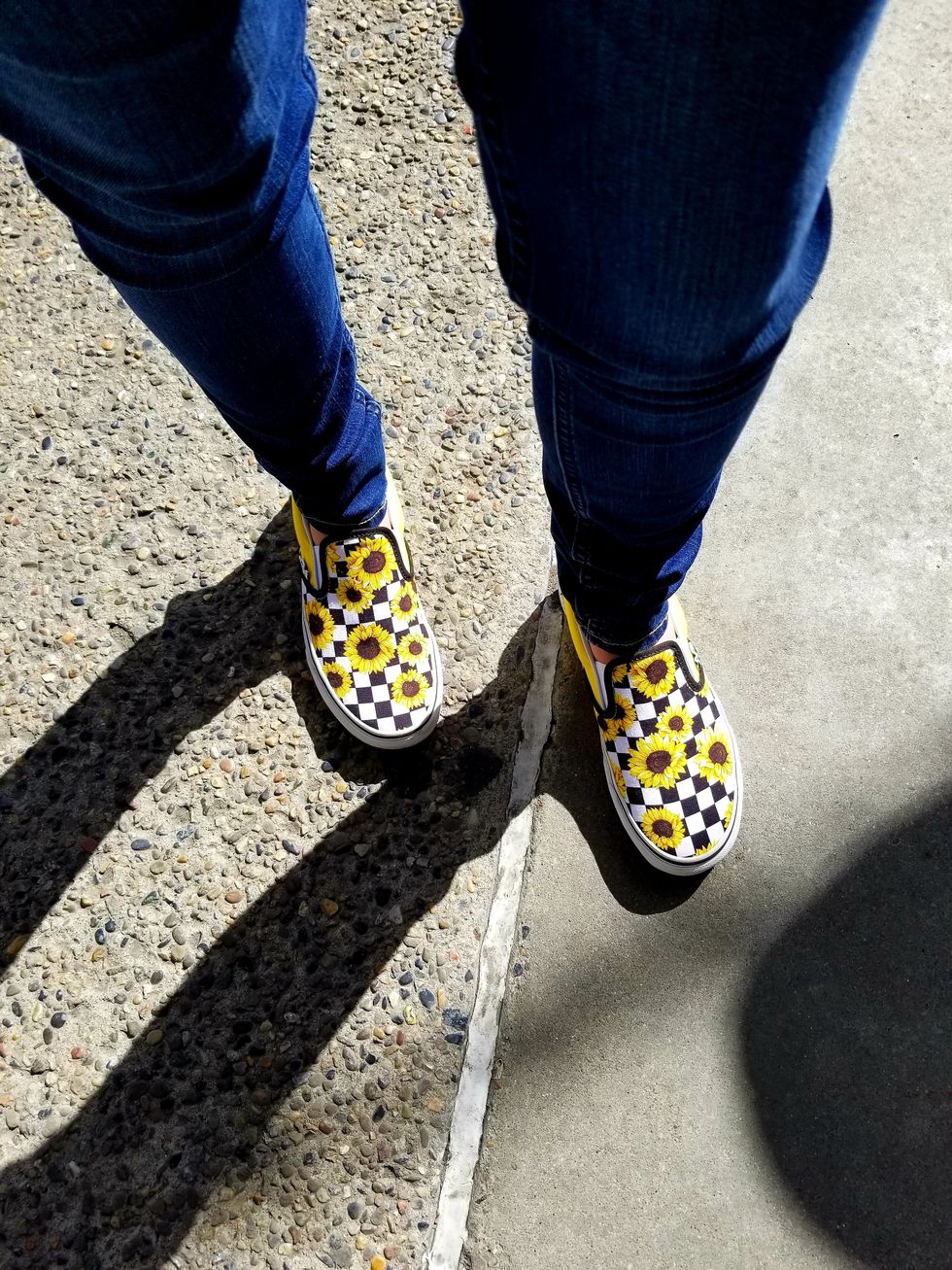 Everywhere I look on the UAlbany campus there are Vans on peoples feet. The freshman walking to English class with her black and white Checkerboard Slip-ons, the senior grabbing lunch in the campus center with his Old Skool, all white's and even a professor in his grey and white Authentics,

Vans of all styles seem to be popular on our campus this year and don't discriminate. But why is this shoe, first introduced in 1966, making such a come back now in 2018?

"I think it's representing a street culture. Street culture is more popular…more people play skateboard and wear it and it means something else. Its chic and popular in movies and music."

Zhang was wearing white and yellow striped Vans. She says she likes the color and design and thinks that's another reason people like Vans so much.

Zhang might be onto something here, street culture or streetwear is becoming popular culture among today's youth. According to Urbandictionary, street culture is culture that comes from the city streets and communities around the world such as New York and London.

"It (street culture) is modern, always pushing the limits of any set idea whether thats fashion, art, design, music or sport. It is the creative forces in the city," Urbandictionary said

" This year's streetwear trends pull a lot from skating culture, that's part of it," Jessica Ferrusi-Millett, a former student at the New School Center for Media, for radio said.

Vans aren't just worn because of the rising street culture, they are a popular pick among young adults because they're comfortable and cute.

"I think they're popular because they're an easy shoe, they're a sneaker and comfortable to walk in and they're just really cute," Sophomore, Laurel Glassier said.

"They're probably popular because they're comfortable and last a long time. I've had this pair for over two years," Senior Madison Belknap, told me of the grey slip-ons she was wearing.

Vans, which was started in SoCal skate culture, has grown into a worldwide phenomenon. Partly because they have a style for everyone and because they are cross generational. From 1966 to 2018. There is something to be said for a style that never went out of style.

"I just feel like they have so many different types and its easy to express your personality through them. My favorite flower is sunflowers and I was able to customize them into sunflowers and I get so many compliments on them," Glassier said.