If You're Team Stefan From 'The Vampire Diaries,' You're Actually And Literally The Worst Type Of Person

This is basically a love letter to the fictional Damon Salvatore. 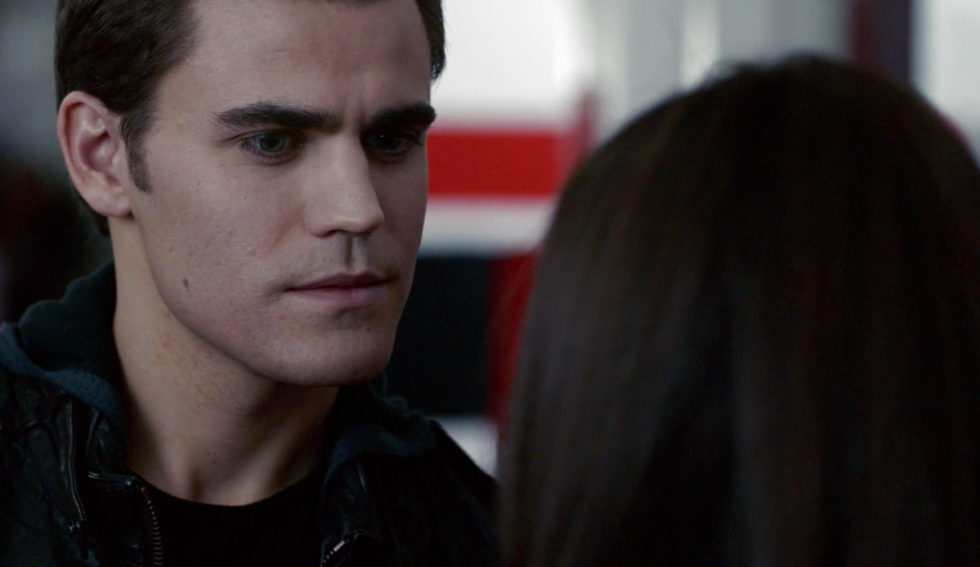 First of all, let me begin by stating that "The Vampire Diaries" is one of the best television series I have ever watched. (Don't laugh if you've never seen it, because I promise you, it is SO much better than "Twilight.")

TVD is an eight-season television show centering around the life of vampire brothers Stefan and Damon Salvatore and their love triangle with a teenage human, Elena Gilbert. OK, WAIT. Don't close the tab on my article, yet. I won't discuss any major spoilers, but I will convince you that Stefan Salvatore with his hero hair and handsomeness is (surprisingly) NOT the guy to root for.

And honestly, there is absolutely nothing wrong with Stefan. He almost always plays the role of the "good brother." He would, literally, do anything for this friends and hometown of Mystic Falls. And trust me, ladies, he definitely knows how to treat a woman right.

But just take a moment and look at this handsome devil.

OK, OK, everyone knows that the actor Ian Somerhalder is hot AF, but let's talk about his character, Damon. He is pretty much the antagonist throughout the first season for his ruthless killings of innocent people and his initial vow to give his brother, Stefan, an eternity of misery. I know he probably sounds like the worst boyfriend ever. But for some reason, he totally had me at his first words in the series, "Hello brother," and here's why.

Damon Salvatore is the ultimate bad boy. His sharp jawline and leather jackets are captivating and don't even get me started on those piercing blue eyes. Damon is selfish and can be cruel and secretive, and his presence always endangers those around him. But there's something about him that keeps Elena Gilbert and millions of Netflix-watchers across the country drooling at their computer screens, begging for more.

What truly makes Damon special, the thing that hushes Stefan lovers everywhere is that Damon will do absolutely anything for his brother.

Sure, Stefan may be your typical high school football star with his cute smile and tendency to always get the girl, but you will never question Damon's loyalty. Stefan always appears to be the good guy with his selflessness and kind heart, but each season reveals that it is always Damon that rescues Stefan from darkness.

I bet you thought I was going to talk about Damon's burning love for Elena and his willingness to always protect her. Of course, that's important. The "bad Salvatore's" killer instinct and bravery are usually what saves Elena. Oh God, I would die for a strong, sexy, guy-that-will-always-get-you-in-trouble-but-damn-you-can't-resist boyfriend like Damon. He loved Elena from the moment he laid eyes on her, and his fiery passion for her is unyielding. But that's not what makes Damon special.

Damon is just a better vampire. He's seriously the definition of misunderstood. Sure, Damon kills to prove a point or protect his loved ones, but Stefan kills because he can't control his obsession with blood. Stefan seems like he'd be a great friend, but have you seen how Damon and Bonnie are true BFF goals?? Stefan always tries to do the right thing, but Damon shows over and over again that sometimes, you just have to be bad to get the right thing done. TBH, Damon's heart for the people he loves is pure #gold.

Sorry, Stef fans, but Stefan is just a facade of a hero with perfectly styled hair.

All jokes aside, I really love both of the Salvatore brothers. They have given me unrealistic expectations of boys, and their bromance kept me glued to Netflix throughout the final episode. I promised I wouldn't spoil anything from season 8, so all I have to say is... Damon and Stefan both got what they deserved. :-)

So if you're one of those die-hard #TeamStefan groupies, have you even seen "The Vampire Diaries"? Damon's OBVIOUSLY a better brother, a better friend, a better boyfriend, and it looks like he's a better kisser, too. I honestly can't believe I'm THIS obsessed with a fictional character, but in all seriousness...

pop culture
Report this Content
This article has not been reviewed by Odyssey HQ and solely reflects the ideas and opinions of the creator.