Types Of Hipsters - Chapter One
Odyssey

Types Of Hipsters - Chapter One

Write what you know, I guess. 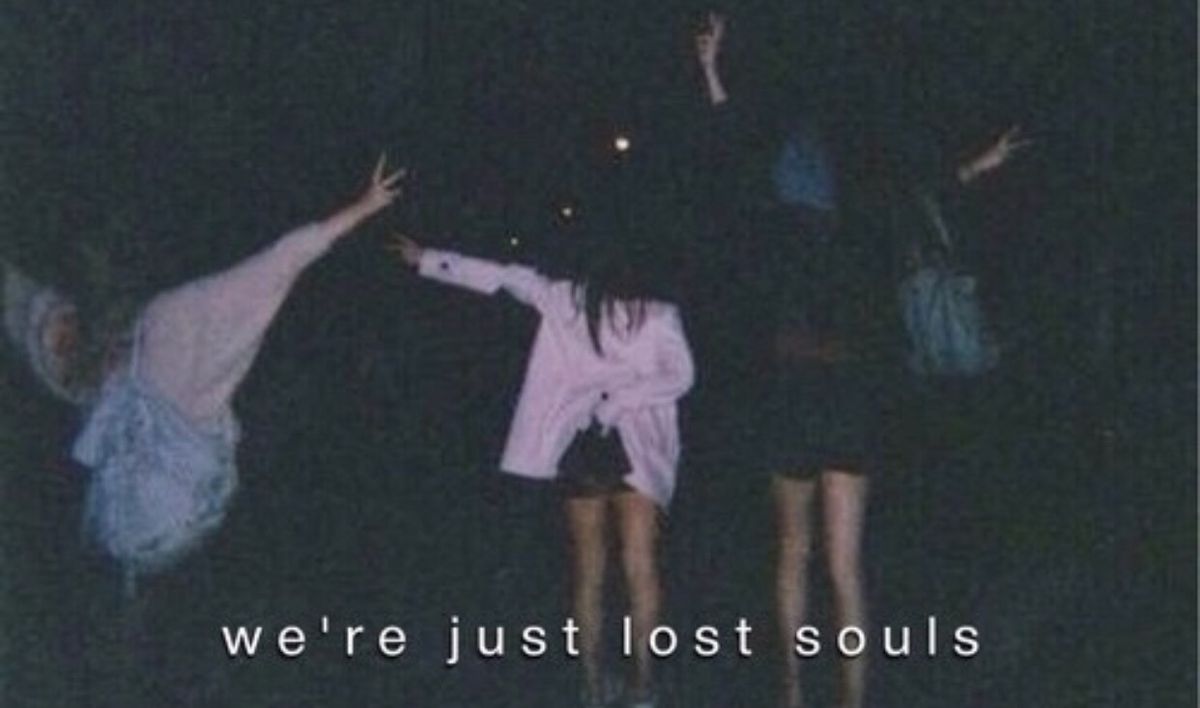 Chapter one of this series is focused on music, more specifically music that is exaggerated in how much people actually like it.

If you know anyone who wears clear rimmed glasses, avoids the sun at all costs, wears Dr. Martens in the summer, and adores tumblr, this individual probably has an “exquisite” music taste. They take every possible opportunity available to them to list off obscure or dates bands. This person is a very certain brand of hipster, the 2018 grunge hipster. Not to be confused with the 90’s hipster, which is an entirely more authentic and rare species. The 2018 grunge hipster thinks that Nirvana was just a solo Kurt Cobain act, wears black turtlenecks and mom jeans, and loves Cara Delevigne’s eyebrows. You know the type – you might even be this type.

Anyways, this article is about their music tastes, or lack thereof. Often I find that these hipsters claim to like one band, but in reality only listen to the first 5 songs that are suggested on Spotify, and they secretly like much more mainstream music that they would never admit to enjoying. So here is a list of bands that the 2018 grunge hipster claims to listen to, and the mainstream counterpart that they likely have a guilty pleasure for. This is not a guarantee, merely an educated guess.

WHY: After the movie release (NOT the book release) of Perks of Being a Wallflower, The Smiths experienced a surge in popularity amongst the demographic of teenage girls. Correlation is obviously not causation, but the amount of “Charlie brought me here <333” comments on the song “Asleep” on youtube is ridiculously high. The Smiths are an easy band to say that you like, because rarely do they ever have an actual fan – someone who knows their albums and obscure songs and the names of the members – who is under the age of 30. Another reason that hipsters claim to love this band is the hotly debated hipster movie “500 Days of Summer.” Two offbeat, quirky and misunderstood individuals with unrealistic apartments and backstories fall in love thanks to a double decker bus lyric. Sonically, The Arctic Monkeys are quite like The Smiths, with a not quite pop but not quite rock sound, interesting lyrics, and an alternative aura. But unlike The Smiths, The Arctic Monkeys have cute, young band members and songs on the radio. The once unknown band has now become relatively mainstream, and the squiggly white lined album cover is now basic. 2018 grunge – sters will never own up to their Alex Turner obsession, but it’s an obsession far bigger than the Morissey (who?) one.

WHY: I have actually claimed to be a Sonic Youth fan. Circa 2014, sophomore Raina Mckoen was clad in a pleather jacket, plaid dress, and docs, and said Sonic Youth was her favorite band. I don’t know a single Sonic Youth song now, and I sure as hell didn’t know any then. I’m pretty sure I heard the band talked about in the movie Juno – and who better to form my opinions off of than a fictional teenager with a hamburger phone who is pregnant with Michael Cera’s baby? The point is no one under 40 knows any Sonic Youth songs, but we’ve all seen cool photos of the band from back in the day, associated them with someone who hates the system and the man, and 2018 grunge hipsters have decided to love the band. Halsey is who they actually like, though. An alternative woman with a revolving door of hairstyles and colors, and a strong presence on tumblr, jean jacket clad 17 year olds adore her music whether they admit it or not.

WHY: Okay, maybe you have never heard of Patti Smith. As an actual fan, I’ll tell you that she is a punk/poet goddess and aesthetic queen of the 70s, who’s still playing shows with her half poetry half rock n roll songs. A solo, female punk artist was a more uncommon trend back in the peak of punk, so Patti Smith has been remembered over the years, and photos of her spray-painting anti – fascist rhetoric or posing only in a leather jacket have resurfaced on Pinterest. I remember seeing that Harry Styles posted a caption – less photo of her on Instagram, and teenage girls in the comments asked if she was his girlfriend. Patti Smith incorporates controversial and thought provoking poetry into her songs, and they aren’t always an easy listen. But they are arty and easily misunderstood, so disguised Taylor Swift fans in black and denim claim to love Patti. Fake Patti Smith fans need a break from the artsy fartsy alternative music – and often guiltily find a break in Taylor Swift’s catchy tunes.

WHY: Neutral Milk Hotel’s monthly listeners skyrocketed like an aeroplane over the sea after the release of the 50% in lowercase novel. This indie band released 2 albums before its members decided that 273 fans worldwide was far too many, and decided to move off the grid into caves. Nonetheless, black lipstick wearing teens say that Neutral Milk Hotel is the epitome of good music. With their offbeat lyrics,and quirky use of instrumentals, if you already have a headache, I would not recommend giving a listen. The once folksy, bluegrassy band Mumford and Sons – who have since sold out to pop – are instead the band that these individuals actually like.

WHY: Everyone knows Kurt, everyone knows “Smells like Teen Spirit” and “Come as You Are.” Everyone knows the naked baby album cover. Nirvana is the essential grunge hipster band, no matter how well known they may be. But what they actually like is a few hits from the band, and posting black and white photos of Kurt Cobain with deep, sappy quotes in the caption. 2018 teenagers like the idea of Kurt Cobain, his effortlessly misunderstood and tumblr aesthetic lifestyle, his controversial romance with Courtney Love (who?), and his quotes.

So there you have it. There’s definitely countless others that I could write about, but there’s a series of Buzzfeed quizzes calling my name, so I really must wrap it up here. Honestly, how else will I know what Spice Girl I am, based on my salad choices?